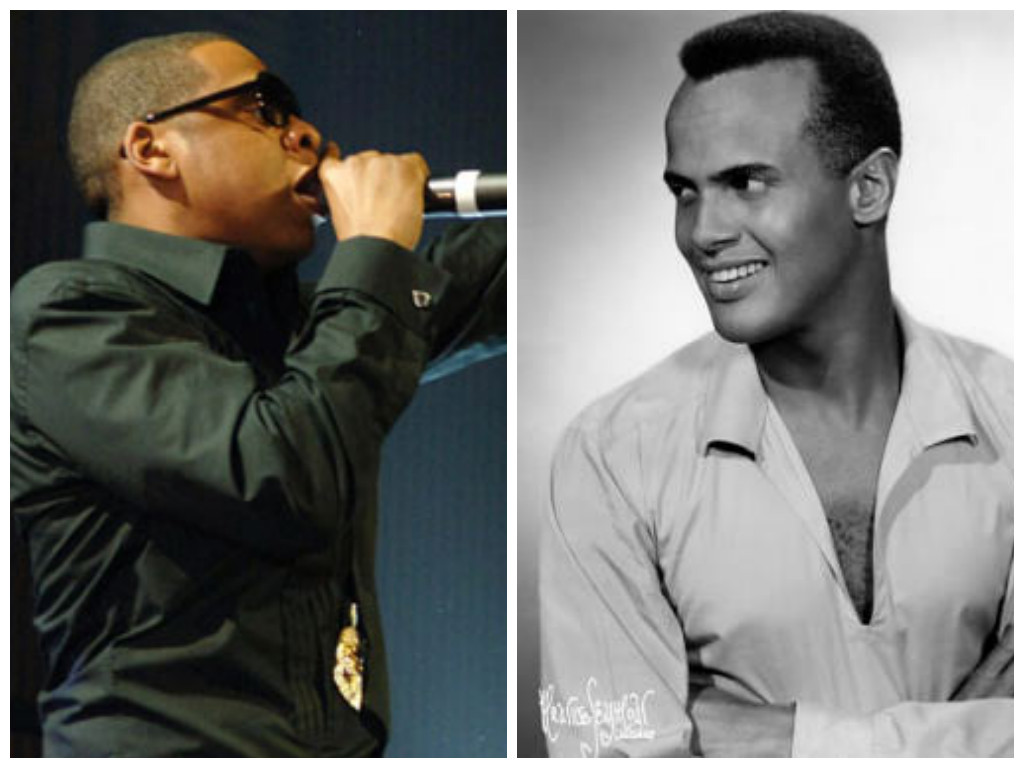 As the rest of the Non-Samsung having and non-album-bootlegging world settles into the rapper’s latest effort, Magna Carta Holy Grail, critics, fans, and everyone in between are dissecting Hov’s every move.

There’s been much said about his shot at Miley Cyrus’ culturally appropriative ‘twerking’ (and her obviously oblivious response). Then Jay took over Twitter for a few hours earlier in the week, reinventing the retweet and creating new trending hashtags. And most recently Vines and Instgram Vids have been popping up from what appears to be the video shoot for “Picaso Baby”. With all of this attention on Jay and the new album – seems like the opus’ most interesting and discussion-worthy set of lyrics has gone largely unnoticed. 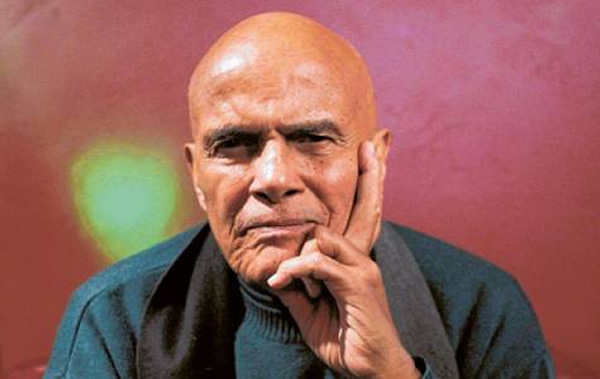 Back in August, legendary singer, actor and civil rights activist Harry Belafonte took Jay-Z and Beyoncé to task over what he saw as a lack of social responsibility. Speaking with The Hollywood Reporter, Mr. Belafonte said this:

They have not told the history of our people, nothing of who we are. We are still looking. We are not determinated. We are not driven by some technology that says you can kill Afghans, the Iraqis or the Spanish. It is all — excuse my French — shit. It is sad. And I think one of the great abuses of this modern time is that we should have had such high-profile artists, powerful celebrities. But they have turned their back on social responsibility. That goes for Jay-Z and Beyonce, for example. Give me Bruce Springsteen, and now you’re talking. I really think he is black.

Mrs. Carter, for her part responded via “an abbreviated list of the unselfish work Beyoncé has done and continues to do,” published in the Wall Street Journal. Her husband Hov however, was noticeably silent — until now. On one of the latest album’s standout tracks, “Nickles And Dimes,” Jay let his feelings on Belafonte’s criticism be known:

Sometimes I feel Survivor’s guilt
I gave some money to this guy, he got high as hell
Now I’m part of the problem far as I could tell
Did I do it for him or do it for myself
Can’t lie to myself
I love my niggas more than my own blood
I die for my niggas and I love my cub
Hope that’s not fucked up
I got a problem with the handouts I took the man route
I’ll give an opportunity though, that’s the plan now
No guilt in giving clear a nigga conscience out
No guilt in receiving
Every thing within reason
Can’t see it taking food out my lil monster’s mouth
That will drive me gaga
Run up in your mommas house
Two nickels, one dime
Manslaughter charges, the lawyer
Knocked it down
I’m just trying to find common ground
‘Fore Mr. Belafonte come and chop a nigga down
Mr. Day O, major fail
Respect these youngins boy, it’s my time now
Hublot homie two door homie
You don’t know all the shit I do for the homies

There’s so much to dig into in this verse. 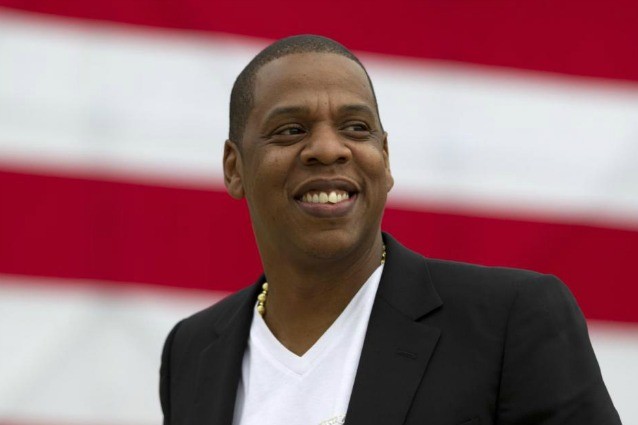 Firstly, any long-time Jay listener has to be happy with Hov’s foray into introspection. If you’ve listened to the rapper for a long while, you know he’s the kind of artist who’d rather give you his perspective than his feelings. “Nickles And Dimes” subverts this general theme of his as Jay opens up about something that exists not so much between his ears, but between his shoulders.

It’s also interesting to note how Jay’s ideology on “giving back” has evolved over the years. “So I got rich and gave back to me that’s the win-win” he rapped on 2003’s “The Black Album”. Now it’s “I got a problem with the handouts I took the man route, I’ll give an opportunity though, that’s the plan now.” This kind of thinking is a bit troublesome as it fits in way too nicely with the same old “I did it, so you can too,” rhetoric right-leaning politicians like to throw around. “I took the man route” sounds a lot like American exceptionalism to me. Besides that, it’s not just about giving money. It’s about dedicating your time and energy to causes, it’s about using your celebrity to do more than advance your celebrity. To put it plainly – it’s about sacrifice.

See Also:  The 10 Best Jay-Z Features of All Time

It’s not fair to judge Jay based on what we see. He may do way more anonymous work than we could possibly ever know. But it would be nice to hear him lay-off lyrics encouraging the struggling masses to be aspirational, and instead throw a few bars toward those with money and power. It’d be nice to hear him encourage them to change the policies and institutions that buttress this tacit caste system upon which many of this country’s institutions are built.

The other thing that jumps out about this verse is how abrasive Jay is with Mr. Belafonte. Harry Belafonte is 86-years-old. At this point in his life, there shouldn’t be anything at all the aging gentleman could say that should warrant someone 40 years his junior rapping profanities in his direction. It’s not about who’s right or who’s wrong, it’s about respecting your elders. If your 86-year-old granddad tells you the world is flat — then for the purposes of that conversation — the world is flat. Age aside – this is Harry Belafonte we’re talking about. This is a man who’s spent his entire life dedicated to causes of freedom, human equality and social justice. Calling him Mr. Day-O, a mocking allusion to his biggest hit “Banana Boat Song,” is wrong, calling him “boy” while urging him to respect you because it’s “our time now,” is dead wrong.

“The say a midjet standing on a giant’s shoulders can see much further than the giant, so I got the whole rap world on my shoulders they trying to see further than I am…” 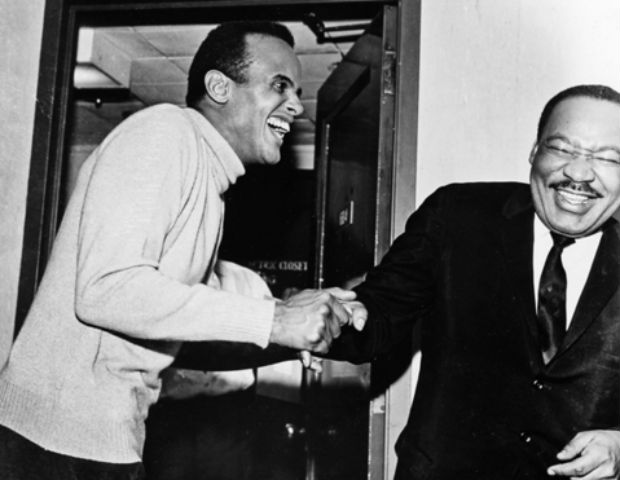 Jay’s has to understand that when he talks down to Harry Belafonte as he does on “Nickles And Dimes,” he’s only able to do so because he’s standing on his shoulders. Jay is the midget and Mr. Belafonte is the giant in this equation. And so while Jay see’s much further than “Mr. Day O” — having achieved levels of success in music and business his elder could never have dreamed of achieving in his lifetime — Jay needs to acknowledge that his success is predicated upon the sacrifices of men like Harry Belafonte. On “Nickles and Dimes” Jay raps that he walked through doors so that the generations that follow him can kick them down. Those doors he walked through weren’t unlocked by magic, they were unlocked by sacrifice. So while it’s possible that he may be more wrong than he is right in his assessment of Jay and B’s commitment to our people’s collective advancement, Mr. Belafonte’s sacrifice has earned him the right to always tell you what you should be doing – even if you’re doing it already.

And all this is coming from someone who speaks fluent Hov. So to my favorite rapper of all time I say this… when your old head tells you to do better – don’t react, especially if you already know you’re doing your best… instead – do what the BIG homey told you to do in shootouts…