Relationship Lessons From Jay-Z And Beyoncé 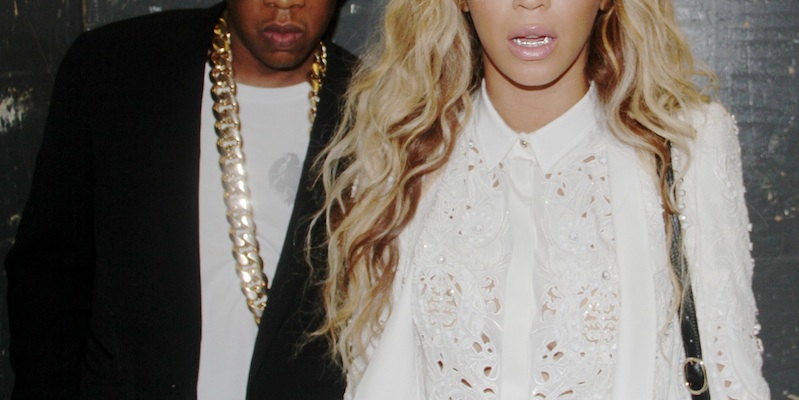 These are ten good lessons you can apply to your own relationship coming from HOV not D.O.C. and the hottest chick in the game that’s still wearing his chain, that was kinda of corny but you get my drift. Check out the ten things that have made them successful in their relationship:

Beyoncé & Jay-Z are undoubtedly one of the most powerful, influential and talented couples in the world. In both their own respects, they have dominated their industries and beyond.

Despite reaching immense success and fame, they have managed to keep a down-to-earth demeanor in their relationship, and that has made them one of the most envied romances in America. The traits that their relationship holds are not rare or extraordinary.

These traits are simple aspects that can be applied to any relationship to keep it healthy, happy and moving forward. These are some of the things that have kept B & Jay dangerously in love and that everyone can, and should, apply to their own relationships.

1. They Keep It Private

Beyoncé & Jay-Z have consistently kept their relationship, and the details of it, under wraps. They have somehow managed to dodge many of the pitfalls of celebrity romance, by keeping their love out of the spotlight as much as possible. While speculation and gossip is bound to hit any celebrity couple, they’ve kept the majority of their relationship extremely secluded from the press.

This is a lesson that you can apply to your own relationship, just replace the press with your social circle. If you and your partner share a group of friends, it is best to keep the details of your relationship as private as possible.

The more people know about your relationship, the more power they have to affect it or affect your view of it. People aren’t always trustworthy; telling a friend the details of a fight might seem harmless, but that’s how rumors are started and suddenly your boyfriend/girlfriend is hearing a twisted version of your own words. Unless it’s essential, keep most of your romance on the DL.

2. They Strive For Goals

Think of your relationship like a train. The only way it can move forward is if both wheels are on the same track. This is something that Beyoncé & Jay-Z have done since the beginning of their relationship. They have both set goals and haven’t sacrificed achieving them for relationship issues. I mean, “99 problems but a bitch ain’t one” says it all.

They don’t deter each other from working toward their goals for petty bullsh*t relationship issues; instead they encourage each other and support each other. Having goals is an essential part of achieving a successful life. If one partner in a relationship is lazy or unmotivated, it will inevitably bring the other person down or slow them from reaching their own goals.

3. They Understand Each Other’s Work

While Jay-Z and Beyoncé share a career field (which is rare), it doesn’t mean you can’t apply this to your own relationship if you don’t work in the same area as your partner. If your boyfriend/girlfriend is a brain surgeon, you don’t literally need to know how to perform an operation, but you need to understand the emotions and issues that come with it.

Understanding the stressors, deadlines and day-to-day happenings of your partner’s job will help your relationship. When Beyoncé’s in the studio for hours, Jay knows the deal. Understanding what your partner’s work entails will help improve your relationship. If you understand that your girlfriend is stressed all week from working on a presentation, excuse her bitchiness — maybe even give her flowers.

If you know your man has work meetings every Thursday, have a good meal waiting for him when he gets home. It’s little things like this that maintain a healthy relationship and keep it moving in the right direction.

See Also:  How Does He Decide That Your Relationship "Break" Can End?