Why Women Fail To Get Asked On Dates Part II 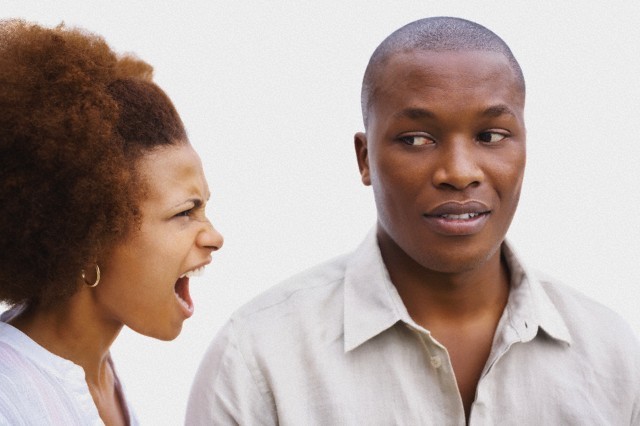 In the first article, I gave a short list of five things that prevent women from being asked on dates. In reality, the list was much longer but I didn’t want to ask you all to read a long post on a Friday. I told y’all I would post this back at the end of the June, but life got in the way so now I’m posting it.

The impetus for these posts is because of the newly coined term, “Date Zero Chicks.” It basically is representative of the faction of women who never get asked out on “dates.” That’s in quotation marks because a lot of people have no idea what a date is. I’ll address this quickly:

This is hanging out, chilling, or anything else that I would not consider a date:

Him: Hey, you want to hang out on Saturday?

Her: Sure, what do you want to do?

Him: I don’t know, I was thinking about heading out to Georgetown.

They meet up, they decide to have a drinks on the Waterfront, stop at Serendipity for dessert and spend the rest of the time walking up and down M Street until they have to part ways.

That’s not a date, like at all. It’s a nice interaction and probably will lead to a date, but it’s not a date. They’re just hanging out.

This is a date:

Him: Hey, are you busy on Sunday?

Her: No, I don’t have any plans right now.

Him: Cool. Well actually, I was wondering if you’d like to go to Sax for brunch. It’s like a four hour ordeal with a Burlesque show and everything. I think you’ll enjoy it. After we can probably grab some drinks or if you’ve got to head home, that’s fine too.

Her: Oh that sounds cool, sure.

That’s a date. You see the amount of thought he put into that. He not only presented a plan, but he also took the time to consider something that she would like.

See Also:  The Reality List (10 Truths Every Brother Should Know)

Some of you will understand that and others will not. I wish the both of you luck. Because for many of you, the first date will be something that will always fleet you. And while many people will wonder, “Why aren’t men asking women on first dates anymore?” I think the real question you want to ask is, “Why aren’t women being asked on dates anymore?”

Here’s a list of five more reasons why you’ll never make it on the first date:

You have a list of ridiculous demands from the onset – The men who do well on the dating scheme understand the importance of effective listening. They will listen to everything you say carefully that sometimes you will have forgotten things you said and they will remember. If they can start to assemble a list of demands that you have of them before you’ve even taken the time to ask them what they really want out of a relationship, they’ll stop before they even get started.

You talk about a bunch of stuff that doesn’t matter to men – There are times when women get to talking about degrees, mortgages and all types of crap that doesn’t much matter to men. Especially not at the onset of meeting one another. There’s only one important question that needs to be answered in the first few weeks of dating, “Do we have a good time together?” All that other stuff – the stats and facts can come later… like way later.

You’ve already established a well known list of rules, boundaries, and things that are off-limits – There are certain ways that women have a tendency to just start off telling you what the rules are and what they aren’t going to do. No man likes to go into a situation already knowing there’s an off limits list. He wants to be able to have a say in what that list is going to be. I imagine there are some men who will accept a woman who has already took the time to put together the rules of their relationship, but that guy is also a pushover.

Your reputation precedes you – A person’s past shouldn’t really preclude them from dating but that’s just not the world we live in. If you have to spend time trying to explain how your reputation is not an accurate representation of you, he’s going to have to do the same exact thing the entire time he’s with you. It sucks, I know. We should have been listening to everyone when they told us early on that perception is reality.

You don’t listen very well – In addition to knowing when to stop talking is also knowing how to listen. A lot of us, both men and women, tend to spend time thinking about our response before we actually listen to what the other person is saying. It’s easy to spot too. There have been times when I’ve laid out all the things I want in a woman – it’s a list of two things – and she missed it because she was already plotting her rebuttal. I knew at that very moment I would never go on a date with this woman.

See Also:  Three Interesting Things About Think Like A Man

Those are my last five. Again, you can read the original five, here.

I don’t have much else to say. I would say that everyone should just look at their circumstance and make decisions based on that circumstance. It’s not about telling women “be quiet” or “back in the kitchen.” And nobody is asking women to lower their standards; it’s merely a plea that you learn that presentation is quintessentially the key to everything. The things you say, do and how you come across to people matter.

Here’s the biggest secret, most men aren’t going to tell you when you violate any of the ten things that I’ve listed in the last two posts. They won’t utter a single word or bat an eyelash. They’ll simply excuse themselves from the table and walk away. That’s why it’s so critical that you take a moment and internalize the list.

Although I’m sure none of you have ever done anything like this before.