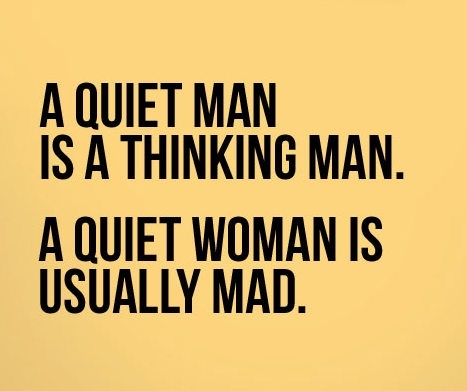 Dr. J wrote a post answering the question Do Men Feel The Pressure Of Marriage As They Age for MadameNoire.com. In my opinion, the short answer is, “yes” but it is a far different and far less impactful type of pressure than women typically feel – from themselves and those around them. You can click the hyperlink above to read more on Dr. J’s response.

In the comment section of this post, I witnessed a familiar theme when it comes to this type of discussion. Namely, when women want to reject the societal expectation that marriage is the pathway of growth, maturity, stability, and happiness for everyone on Earth everywhere, they are often highly regarded as “strong, independent, doing them, living life” and a number of other positive adjectives of that nature. When a man rejects the societal expectation that he should eventually choose one woman, get married and have child(ren) he is highly regarded as…an asshole.

Don’t get me wrong, it is very possible that all men who choose not to marry one woman are in fact assholes. Stranger phenomena have happened; however, I would like to volunteer an alternative theory today. Although, relatively speaking, I believe men are fairly simple, they are still human beings and as such, like most human beings, they are multi-faceted. With this hypothesis in mind, I offer that most men are a combination of the following five personality types depending on a variety of factors, such as age, status, happiness, or time of the day, month, or year.

If you’ve ever wondered how one man could be so sweet on Monday yet sleeping with your best friend on Friday, the following might answer your questions. In no particular order…

His Motto: “The world is mine…”

The Self-Centered Asshole refuses to apologize for his actions, even when he’s wrong. As I said, it’s very possible that all highly-desired single men who have something to offer women within the confines of a committed relationship if only they would ever commit to any one woman are in fact assholes. There is a strong case for this to be true, because there is a large subset of men who are self-centered assholes. I’m not denying their existence. They definitely exist. I’m simply suggesting that they are not representative of the entire male species. Further, I would argue that just because a man is a self-centered asshole towards one woman, does not dictate how he acts towards all women nor does it dictate that he is incapable of being greater than a self-centered asshole towards another if he chooses. You see, despite their simplicity, most men are quite capable of adapting the type of man they choose to be based on the woman they are interacting with at the time. Often times, they choose to be the man that requires the least amount of effort. As a woman if you have found that Self-Centered Assholes are rather prolific in the population of men, perhaps not coincidentally, this is also the easiest personality for men to adapt because the only person you ever have to worry about is yourself.

Women confuse players for bachelors every day of the week, but they are not one in the same. They are not even close. I’ll cover The Bachelor in more detail on page two, but the primary difference is The Player makes all attempts to avoid committed relationships, and he is not above lying to do so. In fact, he prefers superficial relationships and he always prefers to entertain the company of multiple women over any one woman; whereas, The Bachelor is open to and often looking for something above superficial, yet less rigorous than marriage (preferably with one woman). Sticking to the personality type at hand, in the mind of The Player—despite all evidence that might exist to the contrary—the only thing standing between him and *insert name of woman you deem extremely attractive here* are committed relationships. Every day he wakes up next to the same woman or each day he hasn’t successfully added a new woman to his rotation is viewed as a loss. If you’ve ever been in the midst of an argument with your man and at some point his eyes glazed over and he literally looked like he could not possibly care less about the conversation at hand, that’s The Player talking to his subconscious. The Player, with varying degrees of success, is always trying to convince your man that he “doesn’t need this shit.” To The Player, just outside the door is an ever-increasing population of 20-something women that he is allegedly missing out on. Most men grow to ignore this voice…some don’t.

See Also:  Take it to the Streetz: Significant Others and Strip Clubs 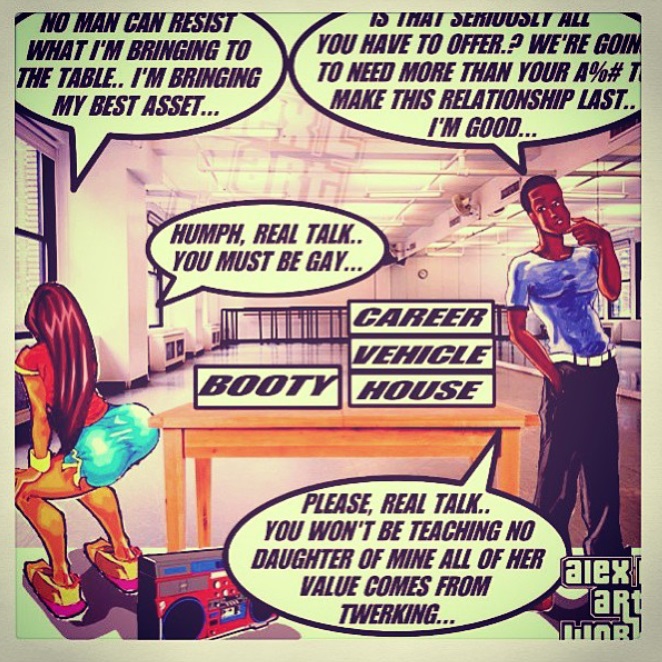 Choosing to be picky is not the same as choosing to be impractical. The Bachelor is a random guy, over the age of 18, minding his business, contributing moderately to society, paying taxes and not breaking the law. The Bachelor doesn’t mean to inflict any harm on anyone or society at large. However, through no real fault of his own, he will inevitably cause someone, somewhere pain and heartbreak. This is dictated by the fact that after a certain age The Bachelor will reach an emotional and societal conundrum because he chooses not to follow the progressive expectation that society ascribes to everyone, including men. The Bachelor’s only real crime is deciding that women are good enough to date temporarily, but no one woman is good enough to (legally) commit to indefinitely. Frankly, no one likes rejection. Whether he realizes it or not, The Bachelor’s life-choices inherently reject societal expectations. Society expects men to eventually “grow up,” which society – and the women living in society – define through the evidence of commitment at the alter, even if a man doesn’t personally connect his personal growth to whether or not he ever gets married.

The topic is “Do Men Feel The Pressure of Marriage As They Age.” There are comments about pushing 40 still trying to be about that life, dealing with the headache of multiple women, free booty and dying alone. This implies that all unmarried men are out there wh0ring it up with every woman they can.

Many single men are in committed relationships or looking for them. Some men are in extremely long term relationships where they are settled down with one woman, but don’t want to go through the legal hurdles of getting married. And some men plan on getting married, but not at the current time (and that doesn’t mean they plan to get serious after they turn 60).

My point is there’s a median between being married and sleeping with every woman a man can find. Most men are somewhere in that median.

That “median” Hugh is referring to is called bachelorhood aka the bachelor lifestyle aka when are you going to settle down aka why are you too good to marry a woman based on a timeline she will happily dictate for you.

See Also:  Why You Need to Ask More Questions

His Motto: “Whatever it takes…”

Unlike The Self-Centered Asshole, sometimes The Husband has to apologize even when he knows he’s right. This means sometimes The Husband has to find strength in humbleness. All of his choices and many of his sacrifices should be made for the greater good of the relationship and/or the family. The Husband must be part philosopher, preacher, philanthropist, negotiator, leader and follower. Most importantly, he must know which of these roles he must seamlessly transition to at any given time. The role of The Husband is a lot like that of a premier sports team. When the team is winning, the money is good, and the victories are plentiful, everyone exalts his decision making without question. When the team is losing, the money is bad, and the losses are abundant–arguably when he needs the support of his bandwagon the most–his decision making is questioned. At worst, all those who supported him when times were good might outright abandon him. The are many merits to becoming The Husband/Father prototype. Arguably, these merits far outweigh the cons, but there is no arguing the fact that it is one of the most difficult roles to occupy. The pressure to succeed is constant and the accolades during success may not arrive as frequently as the complaints during failures. It’s no wonder so many men choose not to be a husband/father when so many other less trying and less expectant roles are readily available.

Are men capable of occupying multi-personality types based on circumstances or the woman they’re dealing with or is one dominant personality type the default? What types are missing from the list based on your own personal experiences or past relationships?

tags: Men personality types Relationships
previous Questions Men Should Stop Asking Women
next Does Submission Give Women Power or Make Them Slaves To Their Husbands?