Levels To This Ish: Dating versus Hanging Out 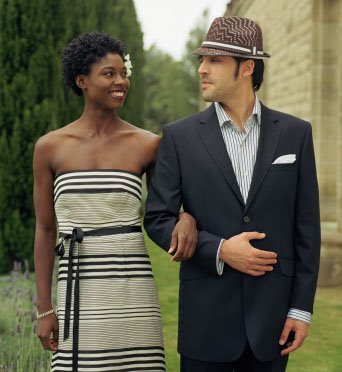 Over the last couple weeks a whole lot has been made about the subject of dating.  Last week Ms. Keita Wheats wrote a great discussion piece. It dealt with the blurred lines in respect to what a first date really was. It was evident that there has to be clearer discourse between men and women. There was a lot I agreed with in the article. What I think matters most though is that men make intentions crystal clear.

This is what this post is about today. I think the biggest disconnect right now is that today’s men don’t enjoy dating. Men don’t enjoy the process of getting to know someone. I have to disagree with that idea. I think there are droves of men of quality who have the patience most women long for.

Many times you can chalk up the vague definitions of a date to a man’s intentions with you.

Issues of money being spent with no “reciprocity” were mentioned in the aforementioned article. It’s a valid issue, and I think it happens more with men who want a more casual relationship. Dr. J made a point to say that sometimes hanging out is a precursor to an an actual date. Some guys want to feel a woman out before he decides to invest more. But if you as a woman find yourself constantly “hanging out” with a guy then it’s time to do the math. That guy may like to kick it with you but he might just want to casually sleep with you. It might be a foregone conclusion that I have no qualms with that; and you’re right.

What I do have a problem with is stringing people along.

I’m a huge advocate of putting everything out there and seeing how things flow. If I’m attracted to you but I don’t want to date you, I will let that be known. If I am attracted to you and think we can possibly be compatible beyond the physical, then I will let that be known too.  As real as everyone seems to claim they are these days not enough men keep it funky. I always believed a woman would respect a man for not leading her on. If for no other reason than because most men would lead her on, and that’s a bumpy road.

I don’t think it takes a man long to figure out if  you’re the homegirl or a woman he really wants to wow. A man’s mentality is predicated on the “levels” theory. To some degree, we’re all wired that way because of society. The ambiguity of what first dates are would be more defined if men put it out there in conversation. I challenge men to just keep it a buck with the ladies. If they’re not receptive it is okay. I always say that it’s never worth the headache.

For the ladies, it’s important that you listen to what someone is not saying. Feel out the vibe of the conversations. If need be, make sure you ask questions. You don’t deserve to be led on the same way a man doesn’t deserve such treatment. Make sure you know the situation you’re about to get into to avoid possible disappointment. If you want to have a date, make sure you know that’s what you’re getting because there’s levels to this sh*t.

See Also:  The Problem of the Inflated Black Male Ego

tags: communication Dating love
previous Does Submission Give Women Power or Make Them Slaves To Their Husbands?
next #GreatMaleSurvey 2013: AskMen Captures Men's Thoughts on Women, Sex, and Relationships