Home Featured Why the Right Man or Woman is NOT Going to Make You a Better Person
Featured
Relationships
July 19, 2013 Diggame 13 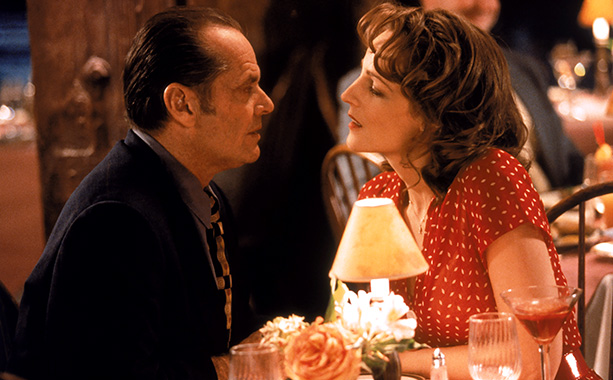 The other day I was watching the movie As Good as It Gets with Jack Nicholson and Helen Hunt. There is a scene in the movie where Nicholson’s character says to Helen Hunt that she makes him want to be “a better man and person.” I sat there nodding in agreement at the statement, but then I really began to think about it. I realized it may be one of the most BS statements that we can make about our own self inventory and growth.  Many of us believe that a certain person will make us want to be a certain way or live a “good” life, or change and want to settle down but that may be the farthest thing from the truth. The idea of The Right Man/Woman is NOT Going to Make You Be a Better Person is only half of the story.

Comments like this have been a pinnacle for some people to want to take their life in a different direction.  People will say they won’t won’t be into drugs, into a lot of women/men, be filled with anger, money management, etc. And many people do find someone who makes things click in their lives. While I am not saying that people can not influence your life for the better, there has to be a point where a person has to grow ON THEIR own to be a different type of person.  Are you even working to become a better person or waiting for someone to inspire you?

See Also:  Your Man is Gay, Now What?

When people propagate that a person has to come into their life and change them, it takes away all the personal accountability and personal development of that singular person. It makes it a copout situation where someone can always say “I mean no one has come into my life to want me to change my life.” We are all effected my those around us for good or bad, but there has to be change or desire to change oneself.

The biggest battle is YOURSELF. Only YOU can make you better. A man or woman can only complement you and accentuate you, but the only way that YOU can become a better person is by taking self accountability and battling with the biggest enemy you have: YOURSELF.  If you are changing for the sake of someone else, you are not evolving.

Love is the most powerful thing in the world and it can change the world we see around us dramatically. But, sometimes it doesn’t matter if we see all the love around us if we don’t embrace it. There isn’t a magical person who is going to be around and love us and then poof we want to be a better person.  Like I have said before “a person will never be able to accept love until they love themselves”. Yes, a person can make us change, but the biggest point is that we understand that we need to make for us first.  So if you think becoming a better is determined by meeting the right person, I’m sorry to tell you that you probably will be waiting for this person to come into your life just like the Heaven’s Gate Cult was waiting for that comet.

See Also:  How to keep your sanity dealing with frustrating (but irresistible) men

What will the change be for if it just for the other person? What if the person who made you change somehow fails you? Will you continue to be the right person? Is it all contingent on them? Will you go back to being that other person just because the person you believed in failed you?

We all make changes in relationships for the better (sometimes for the worse) and it can be a beautiful thing, but to put everything into the belief that only a person can change your life?

The change comes first within yourself and is fueled through the relationship to take who you to higher heights. Yes, someone can love you and make you better BUT at the end of the day you have to want to be better regardless of how much the other person may want you to. That’s the only way to evolve.

Darryl Frierson runs From Ashy to Classy(ashy2classy.net) He also currently is the creator and co-host of “Straight Outta LoCash”  Podcast with comedian Jovan Bibbs. He also is the 2011 Black Weblog Award winner for “Best Culture Blog” and “Best Blog Series” for “The Marcus Graham Chronicles”.  He was named by Black Enterprise Magazine as one of the 20 Top Black Bloggers of 2012. He can be reached on twitter @diggame.

tags: Dating personal development Relationships
previous Why the Perfect Guy Is Never Actually Perfect
next 8 Signs Your Summer Fling is Ending… And It’s Time For a New One!