8 Signs Your Summer Fling is Ending… And It’s Time For a New One! 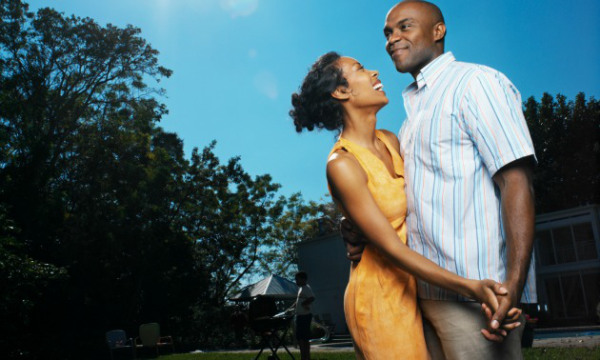 You only have one life to live. Why would you waste a second of it? That’s the same way you should approach summer flings, while they are fun and for the most part enjoyable they do have a shelf life. I read somewhere that most friends with benefits situations, or what I think is more accurately titled, non-titled relationships should only last four months… at most. After the four month mark it’s really hard to control the amount of oxytocin and saliva each of you have shared with one another and it results in feelings. Feelings are like the crack cocaine version of Bliss. It’s easier to come by but you know how the story will end.

There’s got to be some way to make the decision. I believe there is and it’s when you start seeing the signs.

You realize you really spend too much time together

Say it with me, “This is supposed to be a fling, not a thing.” I know if can be confusing to decipher the differences between a relationship and someone you’re just kicking it with. I can tell you that once you start having conversations about finding time to spend with one another, it ain’t a fling no more. If hooking up on Friday nights after the club has turned into hooking up on Fridays, spending the day together on Saturday and brunch on Sundays… that’s too much. The second you have to run someone home so they can get clothes is the second you know you’re doing too much.

See Also:  The 15 Most Intriguing People in Black America

If you’re having car rides like those in 500 Days of Summer that involve the annoying question, “What are we?” it’s a good sign this thing has run its course unless you’re ready to define it. As long as the two of you can agree on, “we just kicking it” it’s fine, the second one of you is like, “this is not like two people who just kick it” it’s over.

Your business hits the streets

However you want to describe it, “stop telling people your damn business” or “keep things private” or heck even if you didn’t tell nobody and a fire drill ruined your entire sense of privacy, once it hits the streets it’s no longer just a fling. Now that everybody knows, everybody can have an opinion. You don’t have to go far back in time to remember that Babyface song, ‘Our Feelings.’

Listen here, the person you are in this fling might be a good person. There’s nothing wrong with them and they don’t even stress you out. However, you see something else that catches your eye. Let me give you some advice, if something else catches your eye, make a decision before you end up catching something else (if you know what I mean). The good thing about a fling is that if you don’t want to be in it anymore there is nothing wrong with breaking things off because you want to see someone else.

See Also:  Starting a Business with Your Spouse

You realize they weren’t really interested in a summer fling

A moment of silence. For any of us who have been in a place where we thought things were not going to get serious and everyone was on the same page but found out we were mistaken this paragraph is respectfully dedicated. Sigh… I’ve been there, many of us have been there, you realize that although they said they were willing to go along with a fling or “kicking it” they really weren’t. It’s an all-around awkward conversation because you really might think they’re a great person but either you’re not ready for a relationship or you just don’t feel the same way about them.

You realize you weren’t really interested in a summer fling

I’m not going to lie to you, I’m not perfect and one time I was half out my mind and allowed this happen to me. I can speak in the first person on this one. I thought that it would be cool to keep things informal and we’re just kicking it until one day I realized that I really wanted to be in something “organized” with this girl. (She probably gonna read this so let me not lie or exaggerate.) The problem with what I wanted was that it wasn’t the original deal or situation. In fact, I already knew what it was and decided all of sudden I wanted to change it. Classic case of LL not Cool J.

See Also:  5 words or phrases that if women say, #reallymeans you're in trouble

You start having stop and stutter arguments over the dumbest things

Stop and stutter arguments are the arguments that people who aren’t really in a relationship get in. It’s like you have something to say but you feel like you would be overstepping to say it. What ends up happening is a bunch of blurting out and sarcastic messages but nothing in any type of organized fashion. Also, when you’re not in a relationship you don’t have much to argue about. You start to force the arguments about the TV remote, who’s on who’s side of the bed, and filling up the Brita. Just let it go, y’all not close enough to have these arguments.

You feel you have the hot hand

Nothing is more dangerous to a summer fling than when you find out you still got it. You go to a few cookouts and have some luck; you start thinking that you could probably do better. You realize that if you’re in this fling just because you wanted to have a home base to call on, you might not really need to do that. This can happen at any moment of your fling. And to be clear, this doesn’t mean you’ve identified another person, it just means you have determined you feel like you don’t want to retire your jersey just yet.

There you have it. It’s a lot to think about, but it might be what you have to do. If it’s not fun, exciting, thrilling fling you signed up for and you start to see the signs, don’t miss your exit.

tags: breakups lists summer summer fling
previous Why the Right Man or Woman is NOT Going to Make You a Better Person
next Who Got the Hook-up? Wealthy White Guys.