Well, that was a letdown.

Tiger Woods put himself in position to win his long awaited 15th major this weekend at The Open Championship in Scotland. Sitting in second place, just two shots behind the leader heading into the final round, Woods proceeded to wet the bed, leaving puddles up and down the course on Sunday. Woods’ major drought has now reached 17, each loss raising doubts that he’ll ever catch Jack Nicklaus for the most of all time.

A lot has been made of Wood’s struggles, but the debate over whether Tiger can get back to winning the only tournaments that matter to him breaks down very simply. Here are three reasons critics say Woods won’t get to the coveted 18 majors:

Tiger won’t do it because:

If you believe this, you think Tiger has lost the killer instinct that made him great in the first place. Now more than ever, analysts mention that golfers no longer “fear” Woods, even when he’s in contention. The best supporting argument here is that many of golf’s best players were too young to play against Tiger. Instead, they are facing this mortal version. Why would they have the same reverence for him?

…which Tiger has done with alarming frequency since 2008. This weekend’s tournament was his first since injuring his elbow in last month’s US Open. Woods is 37 years old, an age where most players stop winning majors. He is, of course, better than most players, but the wear of his aggressive swing early in his career seems to be catching up to him.

…he needs a slumpbuster –

Not an argument that you’ll hear on ESPN, but every man reading this just nodded his head. Tiger’s public incident with his ex-wife exposed the wake of bodies that Tiger (along with Charles Barkley and Michael Jordan) left in Florida, Vegas, California, and, really, every city with a nice golf course. I’m sure there’s research that would support his, um, exploits, had a positive effect on his play. Woods is a family man now, very publically dating Olympian Lindsey Vonn.

I’m not saying she’s bad for his game, but Tiger used to have a mistress for every major win. Now? He still does, but both numbers sit at zero. 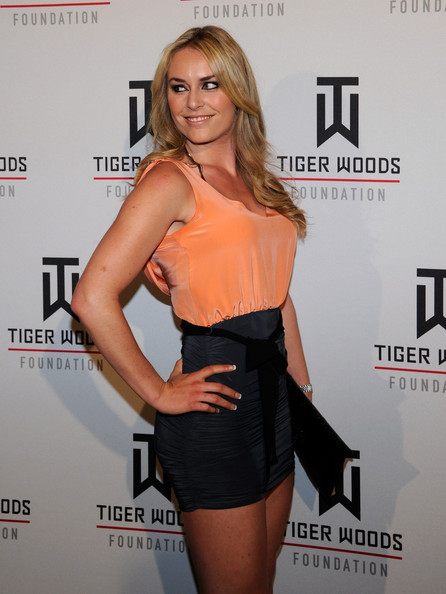 All hope is not lost for Tiger. He’s still one of the best players in the world, and he’ll have another four or five years as an elite golfer. That gives him about 20 more chances to win majors. You can’t say that Tiger will definitely catch Nicklaus, like you would have pre-2008, but it’s still possible.

It’s not like Woods’ play has been terrible either. Despite his shaky finishes the past two years, he has finished in the top-6 nine times since his last major win. If you’re around the top of the leaderboard often enough, you’re bound to break through. I believe winning his next major will lead to a run. Tiger’s run of dominance was stopped for a variety of reasons; I think it’ll take one big success to get him back on track.

If I had to put my life savings on it, I’d bet that Tiger does get to 18 majors. He’s been successful too long for me to count him out at this point. What do you think? Will Tiger catch Jack Nicklaus in his quest to be the most decorated golfer of all time? Does he have to catch Nicklaus for you to consider him the GOAT? Are you even rooting for him after his infidelities were exposed?

Hit the comments and let me know what you think!