Are Arguments For Better Or For Worse? 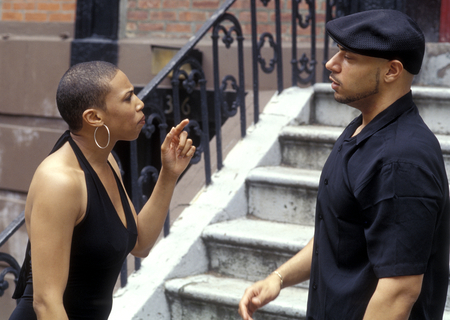 I’ve been in this place recently where I have been very introspective. I was given an idea to speak on about disagreements in relationships. In this piece I’d like to profile the good that can come from arguing and the bad. Before I get to that part though I want to put my opinions in context for you. I’m going to tell you my story. I want to tell you my introduction to arguments in relationships. Once I do, it may shed light on why I feel the way I do. Maybe some of you all will relate, but here we go.

My first exposure to a marriage was with my parents. I was fortunate enough to be born into your quintessential nuclear family. On paper, you could say we had all of our bases covered. I had some idea of what a warm home felt like. At the same token, I saw the converse. I saw what arguing looked like in a relationship. I saw this as long as I can remember, maybe since I was 4. Constant arguing and issues never seemed to be resolved. I’d yell “stop arguing!!” To which my mother would say “we’re not arguing, we’re having a discussion.” I knew what was up. If no one was smiling and loving, then something was definitely up. This sure wasn’t what I saw on Full House or Fresh Prince. I found myself paranoid on certain days because I just didn’t want to hear anymore yelling.

By the time I was 7 my parent’s marriage was done. The verbal abuse from my father to my mom had gone too far and my mother decided to start fresh. I didn’t realize the damage that was done after seeing this until I got older. As I got older and started being involved with women, issues arose. Issues will always arise. I simply had no clue how to deal with them. Either I would run from the confrontation in some regard or I’d handle it all the way wrong. From what I saw, arguing led to negative things happening. What’s unfortunate is that there were real good women who had to deal with those shortcomings. I had to learn that everyone argues, and how the argument is handled is as important as the argument itself. I’m a lot better at dealing with disagreements now, but I still have things to learn.

Arguments are a necessary evil. I believe that you have to use those moments constructively. In order for that to be the case, maintaining respect is paramount. Once respect is lost, then your argument is automatically for the worst. When you have a disagreement with your partner, you should both leave with a better understanding of one another.

I have an aunt who always says that too much of one thing is good for nothing. I think this saying pertains to almost everything. In the case of arguments, I would have to agree. There is nothing healthy about constant bickering. If that is your case, then some things need to be hashed out and some decisions regarding the future should be discussed.

I’m well aware of people who are more on the emotional, impulsive and unpredictable side. People who have tantrums, yell excessively, or use physical force on their partner. The aforementioned activities aren’t healthy either. They shouldn’t be excused. These things should be addressed. In each of those activities I don’t see respect as being the anchor. No respect, no progress.

My first example of a couple and a dysfunctional couple was my parents. Luckily, I’ve been able to see many loving couples after them be fruitful. I have seen respectful debates and disagreements. I learned better approaches to arguing through witnessing healthy couples. I learned how to mind someone else’s feelings as well as knowing how to say what I want to say.

See Also:  The 10 Best Jay-Z Features of All Time

How do you feel about arguing with your partner? Do you dodge conflicts as I once did? How do you deal with disagreements in your relationships? I want to learn more from you all, this was just my “likkle” two cents.