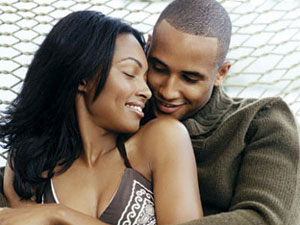 Every couple is different, but there are a few of the same secrets all successful couples use as a base to propel their love off of.

Over lunch with a friend one day, Kevin was asked about the “secret of your obviously happy and healthy love relationship.”

Kevin responded, “I married a wonderful woman and made the commitment to apply myself to the relationship with the same energy that I place into other important areas of my life: school, work, health, friendships. I didn’t want to be casual about the relationship nor take it for granted. My partner has pretty much done the same thing. Consequently, we make a great team. I can’t imagine being without her.”

Highly successful couples like Kevin and his wife know that making the relationship a top priority is vital. They don’t allow it to derail. They know the ingredients that are necessary to keep each other content, happy, healthy and satisfied. To put it simply, philosopher Paul Tillich observed, “Any deep relationship to another human being requires watchfulness and nourishment.”

So listen up: Here are the 10 secrets of highly successful couples:

1. Successful couples enjoy each other. It’s just that simple. They like to be together, talk together, do things together. Former Beatle Ringo Starr has been married to his wife Barbara for more than three decades. He says the “secret” to the couple’s longevity is this: “I’m just blessed that she puts up with me. I love the woman. She loves me. There are less down days than up, and we get on really well. We spend a lot of time together. That’s the deal.”

2. Successful couples fight skillfully. “In conflict, be fair and generous,” is wisdom from The Tao. When two people live together, they are bound to have differences of opinion and disagreements. Successful couples fight but do it skillfully; in a way that leaves the relationship stronger, not weaker. One technique they employ is their choice of words. For example,University of California (Berkeley) researchers looked at “connected” couples and discovered that they tend to use plural pronouns (“we”, “us” and “ours”) rather than singular pronouns (“I”, “me” and “mine”). As a result, they were less likely to feel stressed out after the disagreement than couples who used singular pronouns. “Using ‘we language’ during a fight helps couples align themselves on the same team, as opposed to being adversaries,” notes lead author Benjamin Seider.

3. Successful couples seek and offer forgiveness. They may not forgive and forget, but they do forgive and let it go. When they have done something wrong or hurtful, they offer an apology. When they are the wronged party, they accept the gift of an apology. Successful couples travel the pathway toward forgiving, which is outlined by author Clarissa Pinkola Estes, who cites these four stages for arrival at complete forgiveness:

— Forgo: Take a break from thinking about the person or event for a while.

— Forebear: Abstain from punishing, neither thinking about it nor acting on (the offense) in small or large ways. Give a bit of grace to the situation.

— Forget: Refuse to dwell; let go and loosen one’s hold, particularly on memory. To forget is an active — not passive — endeavor.

— Forgive: Make a conscious decision to cease to harbor resentment, which includes forgiving a debt and giving up one’s resolve to retaliate.

[Read the rest at YourTango]

See Also:  How to Be a Great Girlfriend