How Not to Cheat: A 5 Step Tutorial 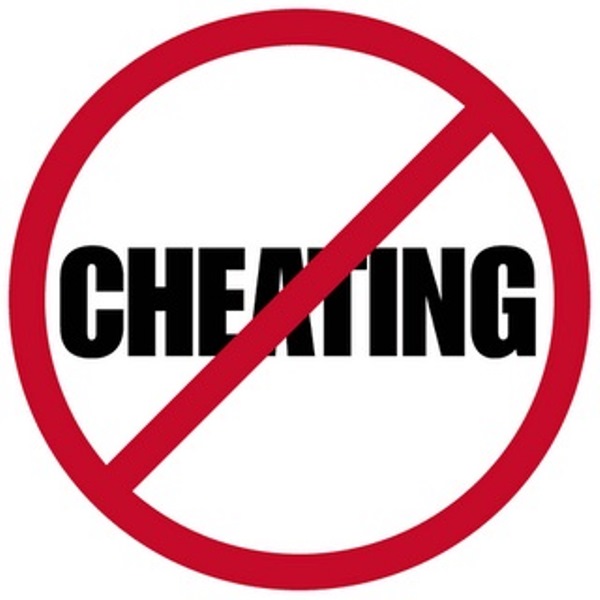 To begin, let me point out that the vast majority of people will never cheat. To the degree there is a consensus on the subject, a number of studies have conservatively estimated that at least 80% of married people have never been unfaithful. There’s only one problem with that statistic – it doesn’t account for the full scope of what cheating entails. In order for two people to consider themselves cheaters, both people have to be in a relationship. If only one person is in a relationship, technically only one person is cheating. The other person  is simply dating, knowingly or unknowingly, someone in a relationship. In other words, we will never have a definitive answer on how many people cheat, but that’s not the point. The point is that people do cheat, whether it is a minority or a majority of people is irrelevant. If being faithful was easy, everyone would do it. So, why is it difficult for some people to remain faithful?

I address this issue with a background from both perspectives – I’ve cheated, and I’ve been cheated on. For many of us, one or both of these will occur at some point in our lives. Some people think the advice; “Don’t cheat” is sufficient. Other people prefer, “If you can’t be faithful, then don’t (ever) get in a relationship.” Both of these statements would make perfect sense in a perfect world. Yet, in the non-perfect world that we actually live, telling cheaters not to cheat is the equivalent of telling drug addicts, “don’t do drugs.”

Today, I offer five practical tips the cheating inclined should keep in mind when they’re legitimately trying (with varying degrees of success) to remain faithful.

1. Accept Your Future Wife/Husband Will Not Be Perfect

The More You Know: According to a vast number of studies on the subject, the majority of unfaithful people are unfaithful without ever planning to leave their current partner.

I don’t know what this tells you, but it tells me that most people are not cheating to replace their partner; instead, they are cheating to fill the gaps where their partner falls short. A lot of my friends specifically and most men I know generally are searching for the perfect woman (In fairness, most women are searching for their prince charming). This would be fine if she actually existed, but they do not. When it comes to dating, some men and women are standing in a field full of perfectly good stallions complaining about the lack of unicorns.

Variations of perfect women and prince charmings may be out there, but whoever the woman/man is you’ve created in your imagination likely is not. Properly setting your expectations does two things: 1) it humbles you, because you are not perfect either; and 2) it allows you to accept the fact that the perfect man/woman doesn’t exist and even if they did, you probably would not be their type.

Once you accept perfection doesn’t exist, there’s a wonderful place called reality where plenty of good men and women are available to choose from, and you can work towards developing the type of relationship both of you can remain committed to. Unfortunately, too many people are unfaithful over transgressions they could probably fix within the confines of their relationship if they ever gave their imperfect partner the opportunity to try and correct them. For example:

Issue you might be able to fix within your relationship: You want to try a different sexual position every week.

Issue you might be unable to fix within your relationship: You want to try a different sexual person every week.

2. Commit to the Right Person

I get it, staying faithful to someone you don’t particularly like is difficult. Following the rules of committing physically, emotionally, and mentally to one person seems easy, but it’s the application of this process where many people fall short. That’s why remaining faithful is exponentially easier when you start by committing to the right person in the first place. I’ve never heard anyone say, “the hardest part of my relationship was the honey moon phase.” Some people settle, because they’d rather be with someone than no one. I’m not completely against this mindset. I understand some people desire something over nothing. Why should relationships be any different? But, I promise you being faithful to someone you actually like/love is a lot easier than forcing yourself to be faithful to someone you’re tolerating since the idea of being by yourself one day longer was intolerable. 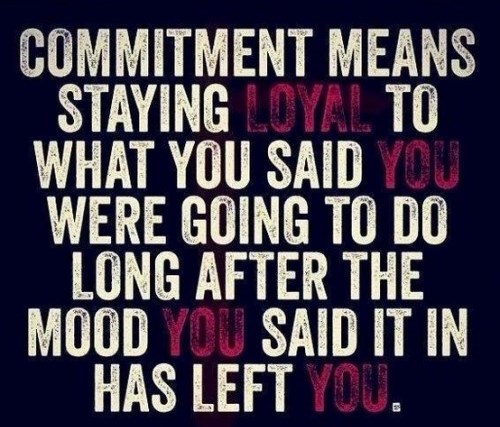 You haven’t truly been in love before if you haven’t seriously considered breaking up, killing the person you love, or breaking up with the person you love by killing them. I’m kidding, sorta. When your relationship is stressed or on the brink of ending, it’s easier to find comfort in the arms of another than confront the very real problems that exist in your relationship. Your belief system, whatever it may be, should ground you in the worst of times, so you can make it through to the best of times.

To be clear, your personal “belief system” doesn’t have to be religious or even based in spirituality. However, you’ll need something to go to—even if it’s just your happy place—when the person you love is the exact same person you hate. No relationship is perfect and no real relationship is without its ups and downs. What they forget to teach you in Single School 101 is that relationships take work. Having a solid belief system of some kind, even if it’s as simple as honoring your own word, will help you make it through the hard times instead of taking the easy route of unfaithfulness and temporary satisfaction with someone outside of your relationship…click here to read the final two steps. 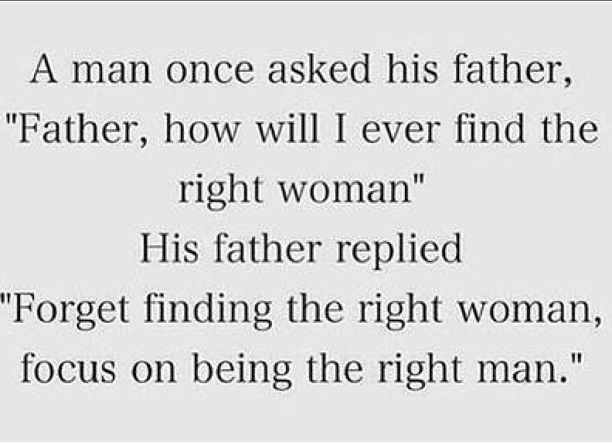 In addition to finding the right person, you need to avoid the wrong people if you seriously want to remain faithful. Before you were in a relationship, hanging out with your single boys/girls all hours of the night and day might have been perfectly fine, but if none of those people are faithful themselves, looking for a relationship, or encouraging you to do right within your own relationship, then you need to hang around them less or not at all. For instance, if you claim you’re going to embrace the vegan lifestyle then you have no business hanging out in the meat carving section of the local steakhouse. You may be strong-willed, but why stack the odds of success against yourself with increased, pointless temptation when you can manage and minimize it?

I’m not saying you have to stop having friends. I’m not even saying you have to stop hanging out. I am saying that what you did in the past is not the same thing you should plan to do in the future. If you want to be in a relationship, you need to embrace a relationship-minded lifestyle. This means as a partner in a relationship, you have to consider the thoughts, feelings, and impact of your actions on at least one other person—the person you’re dating (and your kids, if it applies). No judgment, but if you want to continue embracing the single-minded lifestyle, then you do not need to be in a relationship. Don’t expect someone to embrace you “doing you,” when a relationship requires you embrace two doing we. If you’re not ready to consistently consider other people outside of yourself; that’s fine…just stay single.

5. Find a Mentor or Peer Group

Fellas, this doesn’t mean you have to start a prayer circle with you and your homeboys; whereby you lament to the bachelor gods about the woes of being in a committed relationship because of all the women in the world to choose from somehow you and all your friends managed to commit to all of the crazy ones.

Ladies, this doesn’t mean you have to start a wine drinking circle with you and your homegirls; whereby you lament to the bachelorette gods about the woes of being in a committed relationship because of all the men in the world to choose from somehow you and all your friends managed to commit to all of the @ssholes.

You should, however, surround yourself with level-headed men and women around your age or older who are generally happy in their relationships. Misery loves company, and if you hang around enough people in miserable relationships long enough, they’ll want you to be miserable in your relationship too. In fact, they might convince you that you only thought you were happy with your man/woman, but in actuality, you’re wrong and miserable as well. Don’t let someone else’s dissatisfaction with their lives and life choices be your burden. You shouldn’t feel bad for being happy in your relationship. THAT’S HOW YOU’RE SUPPOSED TO FEEL. If your current group of friends can’t support this, find a person or group that will.

I’m unmarried, but I try to focus on speaking with men who are happy in their relationships, especially their marriages. Here’s one decent source right here. I’m not looking for a man to sugarcoat his experience with marriage, and tell me some Hallmark fairy tale about how when you get married life gets easier, your kids never get on your nerves, and the only thing your wife is more eager to do besides cook for you is give you fellatio and/or sexual relations while serving you beer. I want a man to tell me the truth, including the good and the bad. I’ve found if you ask them, most married men are more than willing to share this frank information. Even happily married men want single men to go into marriage with their eyes wide open. From these various, open, and honest conversations, I’ve basically gotten this message: marriage isn’t easy, but it isn’t prison either. For the most part—with some admitted exceptions—they’re happier as husbands/fathers than they were as single men/players. When it comes to peace of mind, sometimes relative perspective is as good as definitive answers.

Is it easier to remain faithful or unfaithful? Why do some people struggle with remaining faithful more than others? When in a relationship, what rules do you follow to resist or minimize temptation in your own life?