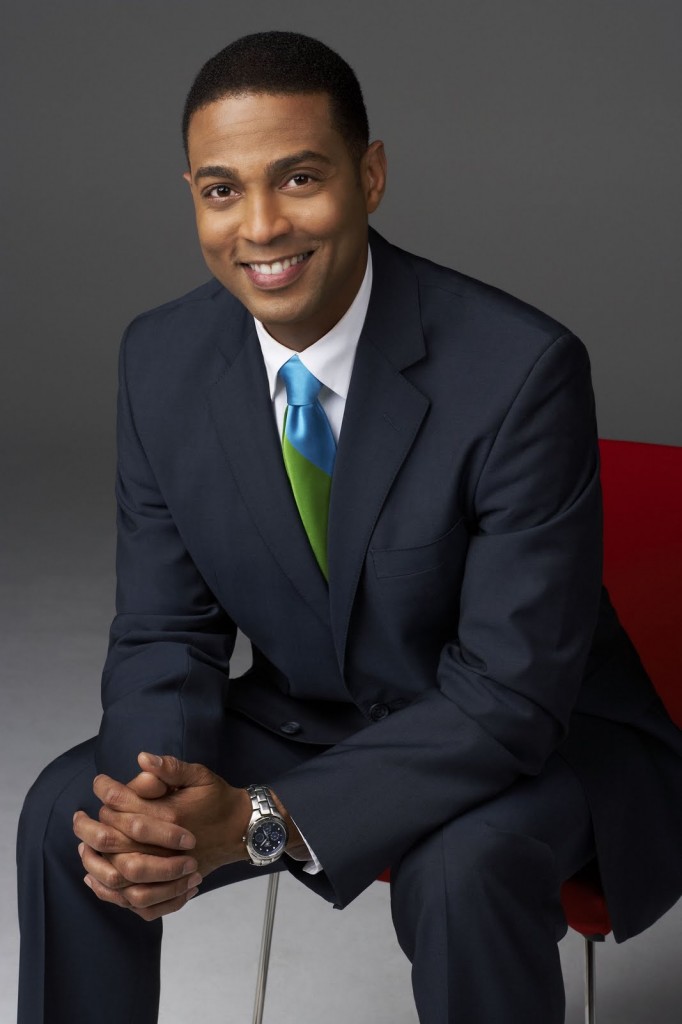 Despite decades of study on the African American community by scholars, academia, and researches with no single, one-size fits all solution to addressing its problems, Don Lemon announced to the world–or at least the small portion of the world that watches CNN and the even smaller portion of that small portion of the world that actually watches his show–earlier this week that he had the solution to fixing the Black Community. Even better, we can do so in five easy steps! Don Lemon’s “five point” plan includes:

According to Don Lemon, all Black people have to do is implement these five easy-to-follow steps and the problems of the Black Community will be fixed! With such a simple plan, we thought it was only right that a few SBM writers give their opinions on Don Lemon’s solutions since, as members of the Black Community ourselves, his comments were indirectly directed at all of us.

WisdomIsMisery: I do not agree with all of Dons “solutions,” but at least he unabashedly put the topic at the forefront for discussion. I do agree that the Black community should not be completely absolved of responsibility. Nevertheless, I cannot sit her and pretend as if many of the issues plaguing the Black community did not build over time rather than happen overnight. To some degree, Don Lemon’s comments are the equivalent of pointing out a burning forest without recognizing the 600-year drought preceding it might have contributed to the current state of affairs. Regardless of the contributing factors, the fire is happening right now, so discussing how we got here might not be as relevant as addressing the current issue at hand. At least two of his points—increased education and fewer children out of wedlock—are a step in the right direction, but it is only a step.

Towards the end of his segment, Don mentions that the right and conservative wings are not exempt either. I recognize that no one likes to be blamed for problems they feel they do not control, even if they contributed to the problems in the first place and in many cases benefit from the status quo. Yet in this instance, what dominates the media cycle goes something like this: when the white community has a problem, it is America’s problem to solve. When the Black community has a problem, it is the Black community’s problem to solve. That is not equitable nor does it make sense. Most members of the Black community recognize that we have issues we need to address, but it is frustrating to have people blatantly ignore the impact their actions have on our community as well.

Although I respect Don’s right to have his own opinion, I can only seriously entertain two out of the five “solutions” he proposed. I seriously doubt that George Zimmerman would not have shot Trayvon Martin had he had on form fitting jeans, recycled faithfully, and didn’t use the N-word. I also find it hard to believe that his schooling or lack of children would have had any tangible impact on Zimmerman’s determination that he fit the description of a suspicious character that deserved to be followed and ultimately shot and killed. This is an issue, and it is one that is greater than the Black community can control—the institutionalized belief by some in America that members of the Black community are inherent threats and must be viewed, managed, and treated accordingly as a result. Don seems to be of the opinion that Black people need only better assimilate into mainstream America’s norms and their station in life will improve to the point of acceptance and they we will rise above reproach or discrimination. Although I wish and hope this were true, I am not sure I whole-heartedly agree with this sentiment based on my personal experiences and observations. I am not against the Black community improving, I just hope that if the Black community is willing to address its shortcoming in order to improve, America is willing to address hers and improve along with us.

TheSUNK: Don Lemon pours Uncle Tom’s Cabin brand syrup on his fluffily white supremacist pancakes in the morning, a recipe he stole from Paula Deen about a month ago. Don Lemon is the type of guy that you hate to hear speak at the barbershop. He’s one of those people that graduated from college and still manages to start black history at slavery.

But seriously, Don Lemon’s five point plan and assertions give no serious thought of how we as a people have gotten here. His failure to foreshadow the Black Diaspora even to a small extent is a crime that is unforgivable, especially on such a huge platform. Telling black men to stop sagging their pants to fight discrimination is the same as telling women to stop dressing provocatively to lower incidents of rape. His viewpoint is one of many that shift accountability from 400 years of oppression onto the backs of those whom were oppressed. His lack of insight doesn’t even allot me the ability to “See, where he’s coming from.”

Slim Jackson: My only reaction to this is on the reaction of social media (Black Twitter). Rather than dogging Don Lemon for his comments, cracking jokes, and rallying others to be angry, I wish people would spend more time discussing the root problems and brainstorming on real solutions. I’ve found that we’re very good at the former (dragging people), and not as good at the latter (uplifting them) — at least when it comes to social media, which I find to be a microcosmic reflection of what goes down offline. I wish he found a way to make the uplift aspect one of his talking points.

Lastly, I think (and hope) his goal was to spark discussion. If it was, it appears — for good or bad — he succeeded.

Dr. J: Eh… I mean… here’s my issue with this. Why is it a story? Also, Obama says the same things that Don Lemon said all the time and nobody slanders him for it. I think this is one of those times where it’s hard to defend the actions of Black peoples when they overreact to something like this. I think we always want the conversation to be about “them” and never about “us” … unless it’s what “them” has done to “us.” I hear the other side of the coin, i’m not being contrarian as i’m always accused of being. I understand that there are many other factors to this than he brought up. When people say that, I also know that they didn’t see it live or have no idea what his segments are like on a regular basis. He had about eight minutes to try and sum up an issue that you could spend eight hours talking about. What did you expect?

Lastly, I think that if you vehemently disagree with someone’s comments or something they do, the last thing you want to do is spread that message. If you didn’t agree with Don Lemon’s comments the most foolish act was RT’ing it to the world or posting it on Facebook. If nobody paid attention to Don Lemon, his words would have been a non-issue.

What are your thoughts on Don Lemon’s five points? Will implementing one or all of these solutions fix what ails the Black Community?