How Romany Malco And Don Lemon Got Trayvon Martin Wrong 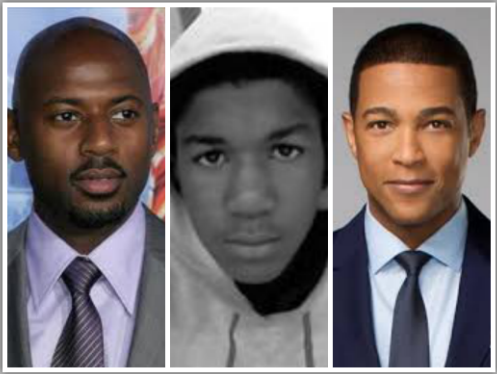 As the verdict in the trial of George Zimmerman, the neighborhood watchmen who shot and killed Trayvon Martin, settles into the American conscience, everyone – and I mean everyone – seems to have an opinion on the case and its surrounding issues.

Two voices, however, have jumped out from the crowd and declared themselves louder than most others. Romany Malco (the token black guy from a host of semi-funny movies you’ve probably seen), and Don Lemon, the award winning, CNN television anchor.

Romany wrote a blog that went super-viral for The Huffington Post – titled, A Message To Trayvon Martin Sympathizers, and Don Lemon, in a segment of his weekend show called No Talking Points, outlined 5 things he thought Black America could do to ‘fix its issues’.

Both black men were dead wrong, and I’m going to outline – point by point – why. Let’s jump right in.

To be brutally honest, the only reason people are even aware of Trayvon Martin is because it became a topic within mainstream news and pop culture. Meaning: News directors saw it as a profitable, sensational story.

This couldn’t be further from the truth. The reality is, the Trayvon Martin story was brought into the American conscious, primarily by three men. The Huffington Post’s Traymaine Lee, The New York Times’ Charles M. Blow, and The Atlantic’s Ta-Nehisi Coates. Only the former, Lee, is an actual reporter. The other two can be described as columnists/bloggers. None of the three are “news directors” anywhere. Trayvon Martin’s shooting was largely ignored by the kind of news directors Malco references. It was only because of men like Lee, Coates and Blow, a groundswell of much smaller blogs (like this one you’re reading right now) and activism on social media sites like Twitter, that Trayvon Martin became a national story. The mainstream media, in large part, didn’t respond until the story was already a story.

Hundreds of blacks die annually in South Side Chicago…

The other reason why it’s important to look at Trayvon and Chicago separately, is because to not do so is to shortchange the analysis of what’s happening in that city. For those of you not from Chicago, or not familiar with the gentrification, land grabbing, and mass displacement of poor people happening there, just think of it like this: Imagine if, in whatever city you’re from, they tore down the projects on one side of town, and then forced all the people who lived there to move to the projects on the other side of town. What would that look like? Can you see how neighborhood rivalries and turf battles might take on an entire new shape? That’s the kind of stuff that’s happened, in mass, in Chicago over the last decade. And that’s not even half of the problem. The point is, it’s bigger than just “black on black” crime.

In this country, if it isn’t streamlined through mainstream media and pop culture, it doesn’t seem to warrant national debate. Our “government” continues to wreak havoc on our civil liberties and there is little to no protest from the black community because of media diversion tactics that keep such pertinent issues out of mainstream media.

Wait what? Which rights or civil liberties did we have at the end of George W. Bush’s two terms that have since been stripped away by Obama? Did I miss the repeal of a constitutional amendment or something?

Romany’s on a roll now:

Addressing Trayvon without first addressing the absence of critical thinking in our schools, the lack of introspection, the reasons for our low tolerance and our country’s skewed value system does nothing more than create a sounding board for the ignorant.

I don’t even know what this means. It’s just a bunch of words haplessly strewn together, that when read quickly, sound profound. The hell is a “lack of introspection” and what does it have to do with the price of tea in China?

I believe we lost that trial for Trayvon long before he was killed. Trayvon was doomed the moment ignorance became synonymous with young black America . We lost that case by using media outlets (music, movies, social media, etc.) as vehicles to perpetuate the same negative images and social issues that destroyed the black community in the first place. When we went on record glorifying violent crime and when we voted for a president we never thought to hold accountable. When we signed on to do reality shows that fed into the media’s stereotypes of black men, we ingrained an image of Trayvon Martin so overwhelming that who he actually may have been didn’t matter anymore.

The slope of respectability politics is super slippery. It presupposes the idea that there’s something we can do, as black people, to be more acceptable and therefore less threatening to racist people. History, however, has shown us that the racist heart is an evil one and it is not altered by simply, ‘acting right’.

And lastly from Romany:

Education, introspection, self-love and excellence are the only ways to overcome the wrath of ignorance. So before going back to popping molly and getting Turnt Up, I urge you to consider the implications of your actions. Your child’s life may depend on it.

More arbitrary references here. This time, he doubles down, adding a random “excellence” to “introspection.” I really can’t with this guy.

Then there’s Don Lemon and his 5 point plan for saving Black America:

Trayvon had on some skinny jeans. And from the pictures, he clearly wasn’t “sagging” them. That didn’t stop George Zimmerman. How you’re dressed also doesn’t stop the NYPD in their over-aggressive, inherent profiling of black and latino youth through Stop and Frisk. Besides that, if you can’t see my humanity because of how I happened to be dressed – that’s a problem the world should be helping you to solve, not me. Telling black kids to change because of someone else’s inability to see beyond a stereotype only serves to reinforce the stereotype. This is precisely why, all throughout his written statement taken after he shot Trayvon Martin, George Zimmerman refers to Martin as “the suspect.”

There is intelligent debate to be had around why black folks should, or shouldn’t use the n-word. That debate however, has no bearing on any of these larger issues we’re discussing in the wake of the George Zimmerman verdict. It is, completely irrelevant.

#3 — Respect where you live. Start small by not dropping trash, littering in your own communities. I’ve lived in several predominantly white neighborhoods in my life, I rarely, if ever, witnessed people littering. I live in Harlem now, it’s an historically black neighborhood, every single day I see adults and children dropping their trash on the ground when a garbage can is just feet away. Just being honest here.

So – we’re going to base the NUMBER THREE RESOLUTION FOR THE SALVATION OF OUR RACE, on your casual observance of the littering habits of the white people you used to live around, and the black people you currently live around? I just want to be clear that that’s the suggestion here. #CoolStoryBro

All of the numbers referenced above are dated. And while I don’t challenge their accuracy, I do think we’ll start to see these numbers shift as the millennial generation begins pushing baby boomers out of the workforce to carve out their own space. Plus, the increasing cost of education, the debt graduates are then saddled with, combined with the extraordinary unemployment rates are making college an investment with seriously diminishing returns for many Americans.

Serious question: knowing everything you know now, would you rather be a 25 year old college graduate making $51,000 a year with $60,000-$100,000 in student loans, or a25 year old who only graduated high school and is making $28,000 with no real debt. Ten years ago you wouldn’t dare ask that question. You would obviously rather be the college grad. In 2013 though – it’s a very valid question. How many of us actually use our college degree? How many of us would be further along in life if we pursued whatever it is is that we love directly out of high school, instead of taking a detour through college? These are the questions this next generation will ask.

The recession and the continuing commoditization of personal debt have turned the American Dream – and how one goes about attaining it, on its head. Blanket statements like “get your degree” are no longer as applicable as they once were. It’s a new day.

#1 — And number one, and probably the most important, just because you can have a baby, it doesn’t mean you should. Especially without planning for one or getting married first. More than 72 percent of children in the African-American community are born out of wedlock. That means absent fathers. And the studies show that lack of a male role model is an express train right to prison and the cycle continues.

Whoa whoa whoa whoa whoa. Slow down playboy. I was with you until you said that having children out of wedlock creates absentee fathers. This.Is.Not.True. There is absolutely no data one can point to that says that fathers who are not married to the mother of their children are more likely to not be involved in their kids lives. The absence of marriage does not create absentee fathers. To put it more plainly – The fact that 72% of African American children are born out of wedlock does not mean that 72% of African American children grow up without their fathers. The number of absentee fathers in the black community is definitely higher than it should be, but there’s no real way to measure it. Juking the stats like this just makes you look and sound like a hack… just saying stuff to prove a point.

What did you all think of the commentary from Romany Malco and Don Lemon. Do you think these guys are onto something, or were they way off base as I’m suggesting. What do you think are the solutions to some of the questions they’ve posed. Lastly, y’all gotta forgive me for addressing these so late … last few weeks have been crazy. Oh… by the way, did y’all see Zimmerman got pulled over for speeding in Texas. This guy also had a gun in the glove compartment of his car. Be careful out there. They shooting, and you know what to do in shootouts: