4 Reasons Why Being A Nice Guy Sucks 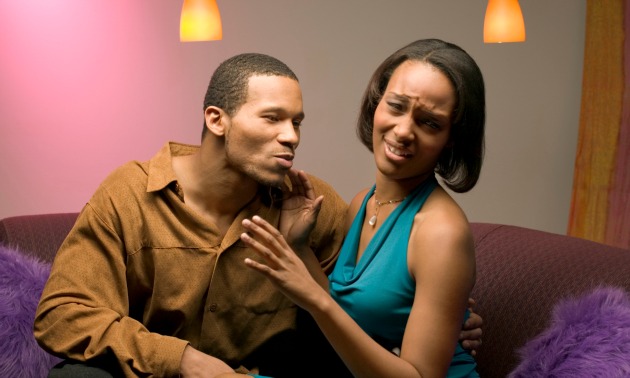 It’s no secret that men who tend to be labeled as “nice guys” go through their fair share of sh*t. Many people actually believe that most dogs were once nice guys. Due to many women treating nice guys like a snotty nosed stepchild, I wouldn’t be surprised if many men rebelled. Today I’d just like to highlight five points I gathered from twelve males recently. This is their take on why it seems to not pay to be a “nice guy.”

2. Deemed as bad in bed – I can personally attest to this. There was a time years back where a woman thought I was too nice. We ended up sleeping together and the next day she said “you surprised me.”  I asked her why and she told me because I was a nice guy she thought I would be less assertive in bed. I was taken aback and maybe a little insulted. This feeling quickly passed because it was good, but you get my point.  To assume a guy is whack  in bed with no real barometer to measure it wouldn’t be the smartest thing to do. As a woman, you might be cheating yourself out of something real good.

See Also:  The Butterfly Fallacy: How stomach butterflies will get you caught up

3. Permanent estate in the friend zone – On this site especially, we have had a healthy dose of discussion about the good old friend zone. It might be safe to say that women find safety with nice guys. He may be a great listener and extremely insightful. But at the same time, those might be some qualities of a man you should take more seriously. Now if you just don’t like a guy in a more than platonic way, make it crystal clear.

4. Kindness is mistaken for weakness –  No one wants to be taken advantage of. We men are extremely pride-driven in most things that we do. Being taken advantage of is something that would anger anyone. In a man’s case, he’s even that much more inclined to want to get even some how. This piggybacks on my point earlier about nice guys becoming dogs. Respect guys who respect you and you will be rewarded.

Now believe me,  I know that all women do not treat nice guys wrongfully. But I also have realized that many women at one point did treat nice guys less than savory, which gives credence to the phrase “nice guys finishing last.”

Sometimes you have to try something (or someone) you’re not used to, especially when you’ve noticed a pattern of things not working out.

Fellas, what would you add to the list? Ladies, have you assumed a nice guy was a push over? Am I wrong? Share your thoughts, share your story. Have a great day.