Home Around the Web Girl Talk: I Refuse To Call Myself “Light-Skinned”
Around the Web
Featured
Public Service Announcement
August 2, 2013 SBM Staff 15

Girl Talk: I Refuse To Call Myself “Light-Skinned” 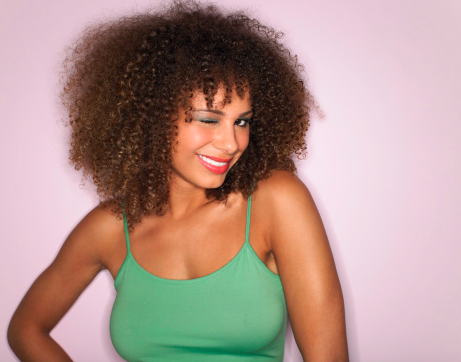 (VIA) When you grow up in a relatively small town in suburban New Jersey, being the only person of color in your class, you’d understand why I had no idea that other members of my race consider me “light-skinned.” Where I grew up, there was no such thing. You were either black, white, Spanish or Indian. No one paid much attention to the shade of your skin or where your blackness/whiteness originated –at least not in my circle. You only cared about what you saw. Sure, some racism and stereotyping existed, but there was no in-depth analysis or scrutiny about the shade of your skin.

In some ways that method was great. It erased the turmoil experienced by many other African-Americans and allowed everyone to just be accepted for who they were. On the other hand, my peers and I were ill-prepared for the real world. We grew up a bunch of colorblind individuals who believed in treating everyone equally regardless of historical implications and racial indifferences. We were ignorant.

For as long as I could remember, I was always the only brown-skinned girl in class and the only one at a friend’s birthday party. For the most part, I was OK with that. Aside from the random kids who asked if I celebrated Kwanza or why my kinky hair looked different from the straight-haired Caucasian girl, or the assumption that I was an expert on slavery in class, I was fine. For a majority of my life, nearly all of my friends were white. Other than my obvious darker complexion, I fit in just fine with the other kids. No one ever questioned why I was so light in comparison to my parents during my younger years. And no one ever attributed my “likability,” pleasant disposition or achievements to my skin tone.

See Also:  Must Read: Letter From Escaped Slave To His Former Master

So imagine my surprise when a black girl in college accused me of thinking I was better than everyone else because I was light- skinned. I was dumbfounded, not only because that type of thought had never crossed my mind, but also because I never considered myself light-skinned. I’d only ever identified as black, brown, or African-American.

Being the very naïve 18-year-old that I was, I asked her, “What are you talking about?”

She said, “Don’t play dumb with me. You know exactly what I’m talking about. With the way guys keep falling all over you and professors like you because you are light, you think you are better than people like me.”

As a simple-minded girl, my answer was, “But I’m not light-skinned.”

To which she replied, “Well, what do you think you are then?”

[Read more of her story at TheFrisky]