Shacking Up: Soul mates or Roommates 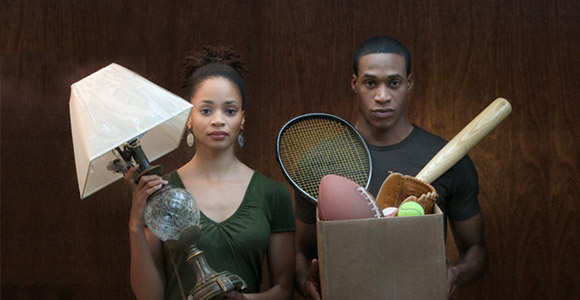 Most couples view moving in together as the next step; while it may be the best step that doesn’t mean it’s the next step. Cohabitation is on the rise. Years ago, it wasn’t acceptable for a couple to start shacking up before marriage. Now, many people believe that if you don’t live together before marriage, it’s destined to fail.

Allegedly, fifty years ago since people didn’t live together before marriage, they were more likely to divorce. (<- There is no data to support this… at all.)

As the amount of couples who are moving in together continues to rise, it makes you start to think why. Does it fall into the same category as sex before marriage? It’s no longer taboo to do before marriage because the times are changing? I’m not sure. I think that what’s actually happening is that the cost of living is sky rocketing and people are viewing cohabitation as a viable solution. I’ve watched plenty of people in their twenties meet and within just a few months decide to move in together.

As if that one person was paying two rents; last I checked he paid his and she paid hers.

“We wanted to save money, so we’re moving in together.”

I should say that when this happens a few things happen that most couples don’t realize.

See Also:  Pillow Talk: How Many Partners is Too Many?

And don’t forget, there’s a chance that the man is not even planning on saving for marriage, but simply trying to placate the woman and reduce the pressure of marriage.

From a financial standpoint, it makes sense to shack up. There’s much more money for dates, vacations and weddings. I’m not sure that I agree with buying property before marriage, but moving in together could allow the couple to save money towards buying a condo or house. In all of that, it’s important to note it’s completely a financial decision. That’s perfectly fine, but then you should really make sure that when you tell people you’re moving in together that you’ve decided to be roommates. It’s not an indication that the relationship is any closer to marriage than it already was; you’ve just found somebody that you feel comfortable living with for the time being.

Due to the nature of the decision to move in together being mainly financial a few touchy areas will arise:

1)      Do you split the bills equally down the middle? Or do you take into account each other’s current incomes?

2)      Are you moving into a new place or moving to one or the other’s place? Will a one bedroom be enough space?

See Also:  Heathen Life: 5 Things to Consider Before You Move in With Her

3)      What will you do about furniture? If one of you sells your old furniture does that money go to the new apartment?

I don’t want to discount that there are situations when soul mates find each other and want to speak every waking moment with each other. That’s beautiful; I wish we were all so lucky. Those are the people who take the next step in their relationship. They’ve decided that they’ve got a pretty good foundation in their relationship and want to try out the challenge of living together under one roof. There comes a wide array of challenges with wanting to take that step; I won’t be getting into them today. I just think it should be known that we shouldn’t start getting paranoid every time one of our friends mentions that they are moving in with their significant other.

Whatever you reason may be for moving in with your significant other, it’s important that we begin to realize that in 2013 it’s probably more of a financial decision than taking the next step in the relationship. And… that’s perfectly fine.

tags: living together moving in together shacking up
previous 4 Reasons Why Being A Nice Guy Sucks
next Girl Talk: I Refuse To Call Myself “Light-Skinned”