The Real Reason So Many Good Black Men Are Single 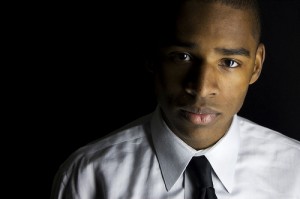 Relationship experts bloggers, and those alike seem to focus on the plight of the single woman. As it has been communicated time and time again, black women and their singleness is nobody’s fault but their own, after all it’s up to women to get chose right? Supposedly women are too aggressive, they’re confrontational, selfish, materialistic, along with some other less than desirable things. Needless to say, these are traits that men don’t want to deal with, so I hear.

I recently read an article where the author attempted to explain why so many [good] black men were single. I’m not sure what his definition of good is but I at least hope it involves having a job and not living in his mama’s basement. Anyway, he went on to list his twelve ideas, most of which were passive aggressively deflecting his reasons for being single on to black women, like…

From my own experiences, I’ve kind of picked up on some of the reasons that men choose to remain single rather than get into relationships. Honestly, I think if anything men actually make the choice to be single, while women remain single because of the choices men make. I don’t like it, and I’m not an advocate for it, but I get it.

Everybody has a choice. You either make the choice to be open to finding a mate or you don’t. Whatever your reasons for remaining single are definitely not the responsibility of the opposite sex. Where oh where is the accountability here?

In the article, the author references 12 points of which only two are solely the responsibility of the man, and not the woman. I don’t understand how it’s our fault as women, that you as men are single. Men will choose to play the field for years before they actually settle down. Who doesn’t have that 54 year old uncle who is still clickin his teeth and adjusting his pinky ring on the corner cause he’s not ready to get out the game.

I think that [good] black men are still single because they can be. It’s that simple. There are countless pieces of research that talk about the ratio of men to women. I’m no math whiz, but I can confirm with confidence that there are way more women than men. Anytime there is a surplus of something, consumers are able to be more selective before committing. Works the same way with people. It’s not hard for men to find quality women who want to make that move and change her last name. It’s hard to find quality women when the women they deal with aren’t quality.

See Also:  Defending Her Honor: When a Man Disrespects a Woman

When it comes to single men, I divide them into two categories. The first, men who are so focused on themselves that they can’t find a woman, and second, men that would rather play the game for as long as they can in fear of missing out on something better. I have met many a men that are, “working on their career”, “trying to be a better me”, “trying to get my finances together” “trying to move out my mama’s house,” they don’t have time for a woman. I totally understand wanting to be the best you for someone else, but I also know that we will always want to have more, be better, be more successful, etc. It’s called drive. Some have it some don’t.

Granted I’d rather a man be an overachiever than a bum. But, you have to realize though, sometimes you can achieve certain successes along side someone who is there as your support system.  Black men want to be the perfect version of themselves. [Good] Black men want to have it all together before they bring a woman into the picture, which is commendable. You can’t be perfect. You won’t be perfect. You can only try to be your best self and when the right woman comes along and you’re open to her, she will likely be cool with joining you on your quest for greatness.

See Also:  Women Don’t Have a Monopoly on Heartbreak

That other group? Ugh. The [Good] black men who are single because they don’t want to miss out on something better? You all are just greedy. There is always the potential to find someone more beautiful, or funnier, or who does a little more than the last. If you waste your whole life never being satisfied, then yes, single you will be. Contrary to whatever some of you believe, black men and women are really in this together. The word of the day is accountability. Get you some.