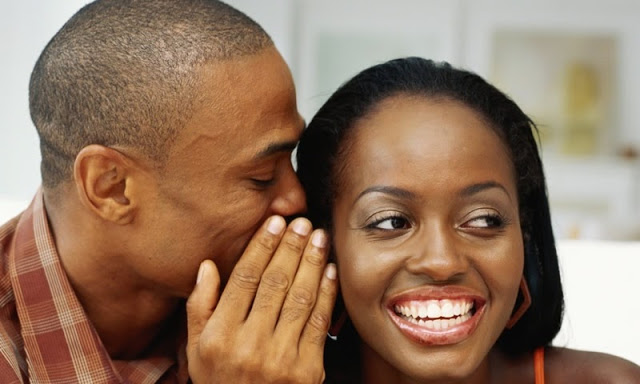 *Let’s get this out the way now.  There is a subset of married men who thinks it’s possible for them to be friendzoned.  Where this thinking comes from?  I have no idea.  By it’s very essence, the concept is almost impossible.  And yet, some men hold this particular pseudo-truth to be self-evident.*

No doubt you’re saying to yourself, “Husbands? Friendzone? Does not compute!”

Well, in a way, it does.  Before we become husbands,we are first men.  And as men can attest, we all can get friendzoned.  The zone has no respect of person, nationality, ethnicity, or relationship status.  So yes, husbands can get friendzoned, much the same way any other man does.

It happens because he spends an inordinate amount of time trying to woo a woman, only to have his advances misdirected, or played off.  The woman that’s the object of his lust desire will accept all the benefits of having someone so “in to her”, yet won’t reciprocate the attention or affection.  She’ll tell him he’s a good friend, she doesn’t know what she’d do without him, etc.  And he’ll eat it up, figuring he has a chance with her.  All to no avail.

What’s funny is that the type of woman he wants as his “friend”, *usually* isn’t the kind of woman who will succumb to such tomfoolery.  She’ll see through the b.s. that he’s heaping onto her plate, and will only let him get so far before she puts the brakes on.  When she feels like enough is enough, she’ll ask questions such as “how would your wife feel if she knew what you were doing?”, or say something like “if you weren’t married…[insert general platitude here], but you are.”

For the average man, if he for some reason had a moment of stupidity, this would be enough to get him to give up, hopefully.  But no.  Not for the husband trying to climb out of the friendzone.  The more effort he puts in, the more he gets away from seeing the error of his ways

The problems with this situation are simple to point out.  1) Ol’ boy is MARRIED!!!  2) His wife probably has no idea what her husband is up to.  3) He is married.  And (some) men wonder why women don’t trust us.

A man who puts forth the amount of effort necessary to effectively court a woman that’s not his wife is a man who is neglecting his home.  He’s a man who is looking at the other lawns in the neighborhood, while his is browning more and more each day.  It’s not that he doesn’t see anything wrong with what he’s doing; it’s just that he doesn’t see it being wrong enough for him to stop his pursuits.  His ego and pride drive him on, when the love and respect for his wife should give him pause.  Yet, he continues on anyway seeking that elusive reciprocation that could be his downfall.

From time to time, the married man will find a woman who’ll reciprocate his advances and give him exactly what he’s looking for though.  The attention that he’s showered onto her will wear her down and she’ll succumb to his advances.  When this happens, one would think that the balance of power has shifted in this situation.

If anything, the power stayed where it always was; with the woman.  Now that she’s given in, he may think “I got her”.  In reality, she has him.  When he should’ve been giving his wife the attention that this other woman was getting, his home front was unprotected.  Who he was courting has turned from someone who must be pursued, to someone who must be kept away.  The woman who eventually fell for another’s husband now has him over a barrel, so to speak.

Whereas his crimes before amounted to wrong, now they’re multiplied by his infidelity, and he has nobody to blame but himself.  His constant attention, affection, and effort to get out of the friendzone has placed him in an even more precarious place.  One that will make him wish he never entered it in the first place.

Have you seen married men who entered into the FZ with a woman?  How’d it turn out?  Did his wife ever find out?

See Also:  Understanding How HIV Affects Us All

previous The "Stay Here" Theory: A Lesson in What Men DON'T Say
next What You Should Do If He Won't Commit