Home Dating & Relationships Dating What You Should Do If He Won’t Commit
Dating
Featured
Women's Relationship Advice
August 9, 2013 SBM Staff 8

What You Should Do If He Won’t Commit 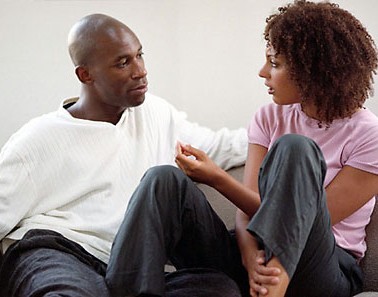 We know all about those guys who have a fear of commitment, it’s nothing new. You can either decide to leave or stay and try to make a relationship out of it. Either way, these are couple things you should know if you are sticking around:

Taking the initiative to be in a committed and monogamous relationship is not a decision that’s made by just one person in a relationship — it has to be mutual. And I’m here to tell you that until a man explicitly lets you know that it’s all about you and him only… it’s probably not!

I know, this sounds awful. It threatens to ruin the wonderful dream that every little girl has had about finding her Prince Charming and how they’d live happily ever after. But the fact is, this fantasy doesn’t keep your heart from being broken (or at least, doesn’t give you a fair warning).

A confident, self-assured man won’t be rushed into any type or style of relationship just because you want it. If he does commit against his will, he will probably not be concerned about being faithful. He will do that when he is absolutely ready; of that you can be sure. His pride alone is enough to make him take a stand against being bullied into the commitment label, and if you throw in peer pressure, you can forget it. He’s done!

So, what can you do if you’re in the ambiguous stage?

See Also:  SBM Video Series: Why Is It So Difficult for Black Men to Commit

tags: commitment doesnt fears he relationship want
previous Husbands...and The Friendzone
next I Thought I Only Wanted a Physical Relationship