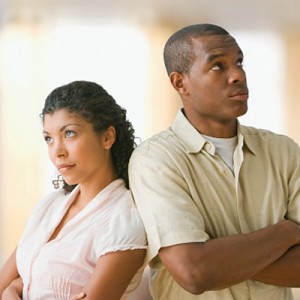 Take a look at your circle of friends. I’m sure you have people of the opposite sex mixed in there, which is expected. Now, when I say friend, I mean actual friend. Not someone who you mess with from time to time, but a genuine platonic friend. These are the people who you call when you’re having a craptastic day. They’re the people you know you can count on, and they are the ones who you voluntarily spend your free time with. If you need to do a quick drive by to diffuse a problematic situation, one call is made and they are on the way; Those kinds of friends.

Now, let’s get back to the fact that some of those friends are of the opposite sex. Men and women are naturally attracted to each other from a chemical standpoint. Men enjoy being around women, and women enjoy being around men, usually. I know sometimes I’d rather go get dinner and drinks with my boys rather than have an uppity ladies night. Sometimes I just don’t feel like dealing with the estrogen downpour that comes along with women, and I’m not afraid to say it.

So, I was thinking, as much as men and women equally complain about not being able to find the one or some variation of it, why is it so taboo to consider your friendship pool for a potential mate? How many times have you been asked why you don’t just date #Charles or #Charlene since you are such good friends. The response? “Aw, nah, we are just friends, I don’t even look at him/her like that.” Some people have strict policies on keeping their platonic friendships platonic which is cool, but don’t people always say they want to marry their best friend?  I think it would be easier to marry someone who actually was your  friend instead of trying to develop a friendship with someone who you like because you’re supposed to.

Let me explain. One of the hardest parts of dating is getting to know someone. Sure, you’ve met someone who’s easy on the eyes, but now you have to get to know their entire being. That takes a LOT of work and patience.  You have to worry if you are getting to know the true person or their representative. The process can be taxing. A potential solution to this would be looking more into your circle of friends. These are the people you voluntarily spend your time with because you genuinely like them. Odds are you know most things about them, you have already built a bond, and there is some type of chemistry. In some cases, you might not be attracted to your friend and that’s okay. However, there are times when we are attracted to our friends, but we are afraid of pursuing something more in fear of ruining the friendship.

I was in a situation before where I had developed a friendship with someone over two years or so. After so much time of phone conversations, Skype and g-chatting, we became pretty close. To me, it was apparent that we had the potential for something more. But, he never made a move, and until one day when I felt bold enough, neither did I. Once I spoke up, we  eventually made the decision to date and see where it could go. The only obstacle between us was that we lived in different states. We looked at what we had as a friendship with an added bonus. We already knew each other, and all of the awkwardness wasn’t apart of what we had. Even though things ended up not working out, can I say that I regret taking things to another level? Not exactly. I wish they had gone a different direction, but I appreciate the experience.

See Also:  I Date for Convenience

There is always a risk when you gamble with love and emotion, but we all know that the greater the risk, the greater the reward. I think the qualities that we seek in our friendships should align closely with the qualities we seek in a mate. In my opinion, it all fits together. If we have gone as far as calling someone a friend, what is it that keeps us from considering that person for something more? Do I think everybody I consider my friend is dateable? No, I do not. Equally, I am not saying that everybody should try and get with their friends either, because that would be a mess. I just think what some people are so desperate to find is right in front of their face, yet since it’s considered taboo, people aren’t with it.

Luckily, I have had the opportunity to develop some pretty amazing friendships. Because of this, I have high expectations when it comes to dating men in general. My motto is, “You have to treat me at least as good as my guy friends, or we won’t work out.” To take it a step further, if your male friends treat you like Queens and give you the utmost respect, anybody you give your heart to should be required to treat you the same, if not better. Friends are a perfect place to start when looking for your potential boo, so don’t be opposed to the idea. You never know.

See Also:  Holiday Dating Explained: Should I Get Him a Christmas Gift?