Home Empowerment You Don’t Even Know That You Are Winning: Are You Getting In Your Own Way?
Empowerment
Featured
Relationships
August 16, 2013 Diggame 8

You Don’t Even Know That You Are Winning: Are You Getting In Your Own Way? 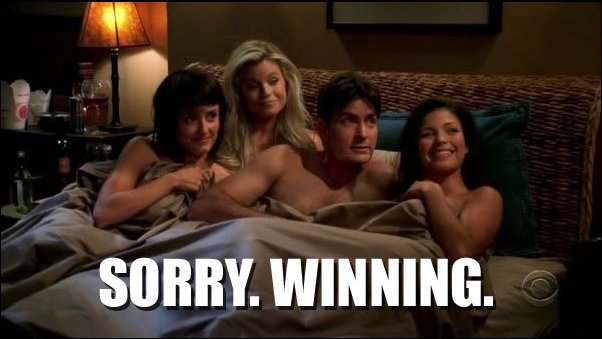 I have written about before that the worst enemy we have is our own selves. The way our mind constructs and sees the world is something that is constantly needs to be feed and evolve. The world constantly challenges us with different situations and relationships that are supposed to make us a better person.  One of the biggest things we have problems with is the idea of not recognizing the things we do have than the things we don’t. People will complain about what their man/woman won’t do, why they don’t have the money they should, and why their children aren’t excelling or performing the way they wish. There is nothing wrong with the people and things in our lives changing and improving but it comes to a point where you complain so much to yourself that it shows ungratefulness for what you do have. We are so used to losing in life that we don’t even know when we are winning.

The deeper meaning of that is the idea is something I have touched on before. It is the idea that we try to live too much in the past and the future and do not enjoy today. The other day I was a hearing two friends of mine complain about either their relationships or financial situation and I stopped both of them and said “You know you winning right?”

See Also:  Are Women No Longer Afraid Of Men "On The Low?"

They paused and of course asked why I thought they were winning. I told them to really sit back and look at their situations and realize how they were really winning and if they don’t respect the good things in the people in the things in their life they will lose them.  I realized that even in my life I have looked at the losing aspect of my life that I burn up the winning I have or could have in the future.

Think about the person you are dating or have been involved with. What issue do you really have with the person to the point where you harp on the things they aren’t doing? Could you really be winning with that person in your life but you want so much more or can’t appreciate the good you think they are so bad? Can you not get over the pain/losing from your past relationships to realize that you can’t realize the love and care of the person in your life…You may be WINNING!!

Have you really thought about your financial situation and how you may be better off than you really think you are? No you aren’t big ballin’ with the homies but what things financially do you have to build upon? Do you have people who really have your back when you need it? Have you looked into the way you spend and anchor your money? But you are so used to being broke or not having that you don’t understand that… YOU MAYBE WINNING

See Also:  How Leaked Nudes Have Changed The Game For The Worse

Many of us I believe have a fear success as much as we say we want it because if we have success than we have to start to become of the person aligning with that financial or relationship success.

What is needed, rather than running away or controlling or suppressing or any other resistance, is understanding fear; that means, watch it, learn about it, come directly into contact with it. We are to learn about fear, not how to escape from it. – Jiddu Krishnamurti

When it comes to life it is a very intricate labyrinth of choices that lead us to a multitude of places. We are the master of our own destiny and we have to get to a place where we have to take the onus in our lives. We cannot let the past effect us being able to be grateful for the things we have around us.  Relationships in particularly are a mirror that reflects backs to us what we need to fix about ourselves and one of those fixtures is not being able to know when we are in a good place today and not constantly wanting more or complaining about how much we want more.

The jewel I have learned is that if we can’t be happy for the winning people and things in our life we deserve to stay mentally and emotionally losing. Deserve is a word I always say us thrown around too much but do you deserve to be winning if you in a state that you are constantly losing? Like Charlie Sheen said you maybe WINNING!!!

See Also:  Dating the Right Person: Who They Are vs. Who They Could Be

Darryl Frierson runs From Ashy to Classy, He also currently is the creator and co-host of “Straight Outta LoCash”  Podcast with comedian Jovan Bibbs. He also is the 2011 Black Weblog Award winner for “Best Culture Blog” and “Best Blog Series” for “The Marcus Graham Chronicles”.  He was named by Black Enterprise Magazine as one of the 20 Top Black Bloggers of 2012. He can be reached on twitter @diggame.