The Strain of Being Mr. Nice Guy 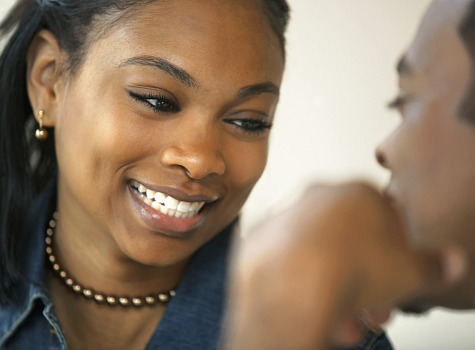 There’s always talk about Mr. Nice Guy (MNG).  He’s the guy who, depending on the severity of his niceness, is either related to or the same as the man who saves.  MNG can end up in the the dreaded Friend Zone quicker than a virgin experiencing his first orgasm (or so I heard).  But, what about the times when Mr. Nice Guy can’t be nice anymore?

Before I continue, let me say that we tend to think of Mr. Nice Guy as only being in romantic relationships.  Often, MNG is too nice in ALL facets of his life.  He’s the dude whom people walk over; on purpose or not.  He knows he should speak up for himself, but he doesn’t if he thinks it’ll make waves.  As a matter of fact, MNG goes to great lengths to avoid making waves at all.  He’s generally non-confrontational.  MNG is also a people pleaser. Basically, Mr. Nice Guy leads a stressful life.

You’re probably trying to figure out the correlation.  Well, it’s *mostly* simple.  Since keeping the peace is his goal, he’ll do whatever is necessary to make it happen.  If his needs go unmet, then so be it.  The kicker is, the needs are still present.  At the point of realizing he’s unfulfilled, MNG has two lanes of recourse.

See Also:  A New Twist on an Old Problem: The Friend Zone Should Inspire You to Improve Yourself

He can either a) keep his needs to himself, or b) find a way to get them met.

Common sense would suggest that getting his needs met is the best course of action.  But remember, we’re talking about a man who is the antithesis of self-preservation.  Taking this into account, he only has one option: a) keeping his needs to himself.  Most nice guys end up in this lane.  Not only is it a problem; it’s dangerous.

The danger is mental, emotional, physical, financial, and social.

Mentally and emotionally speaking, not having an outlet for his needs and desires is poisonous, almost toxic.  Life gets drowned out because all MNG hears are his internal thoughts that will stay present until they’re allowed to surface.  If they’re allowed to surface.  Keeping his stuff bottled up can cause stress, which leads to ulcers, heart attacks, and strokes.  Financially, it damages him because nobody knows what he needs.  For instance, he could be on the verge of bankruptcy and under a mountain of debt and people would be none the wiser. Combine all this together and we end up with a man who has walled himself off from others.  He’s imprisoned himself, and nobody will know how to get through to him.

See Also:  The Problem with the 'Can You Cook?' Debate

Eventually, MNG will again be left with two choices.  He can let the culmination of factors affect his overall physical well-being, or blow the h*** up!  Neither is beneficial.  Both can wreak havoc in his life and relationships.

The same factors that affected the physical before come into play again.  If he blows up though?!  That’s a whole other situation.  A blow up is therapeutic, but almost never positive.  Sure, Mr. Nice Guy gets rid of much stress, but what’s left in the wake is akin to the devastation from a tornado.

Feelings are hurt.  Jobs are lost.  Relationships are broken, sometimes irreparably.  There’s even a chance of death for others, or MNG himself.  All because “life” boiled over in this man and the top finally came off.

There’s no surefire way to prevent Mr. Nice Guy from reaching Defcon-5.  There’s also no way to be sure he’ll ever get to that point.  What is assured is that it’s not healthy…at all.  The responsibility rests with Mr. Nice Guy to seek help.  Hopefully it’ll be there when he needs it.

Are you, or do you know a Mr. Nice Guy/Ms. Good Girl?  If so, have you encountered any of these kinds of issues?  What has helped you, or the people who are that you know?

See Also:  How A Man Can Avoid The Friend-Zone

tags: Friend Zone nice guy relatiionships
previous Why Being Prude Won’t Get You Anywhere In Your Dating Life
next Only Time Will Tell: Speaking Up About Your Dating Intentions