Only Time Will Tell: Speaking Up About Your Dating Intentions 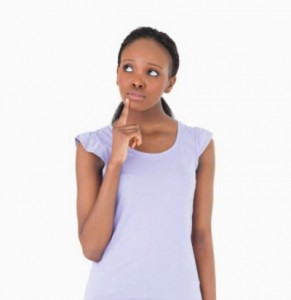 Last week I posed a question to Twitter asking if it was better to ask a man what his intentions are, or let him know yours when it comes to spending time with someone new. I was pretty surprised by some of the responses I received, which I will share later, but first I’ll give you the back-story so you know where all of this came from.

Let’s rewind to a couple months ago. I went to a happy hour one Friday. The lounge we were at was pretty chill, good music, great food, and overall a great space to end the work week. I ended up in a conversation with some people and met a guy who happened to be friends with one of my male friends that was there. He and I eventually found our way into a side conversation and hit it off. We did some dancing, and some flirting as well. It was nothing serious, but it was definitely a good time. Before he left, he asked me for my number to keep in touch and that was that.  A couple of days went by and I hadn’t heard from him, so I figured it was what it was. He was a nice guy, and I enjoyed our time, but I wasn’t sweatin him. If he were interested, he would call.

A couple of weeks ago, I went out for some drinks with my friends. Ended up running into dude again, we exchanged pleasantries and later went our separate ways. It was in the days that followed, that he started to hit me up. He ended up asking me to a baseball game, and I agreed to go. We had a great time, talked the entire time, ate and drank, and no, I didn’t have to pay for anything. After the game, I was thinking that everything was going well, he seemed interested and appeared not to be on any BS.  This could work.

The only thing I noticed that stuck out to me, both at the game and in later conversations, was that he had a way of mentioning sex a little more often than I thought was normal. He wasn’t being a creep about it, but I just felt like it was coming up way too frequently in this stage of getting-to-know you.  For example, I knew he worked in banking, and usually works on Saturdays. At the game I asked him what was his idea of a perfect Saturday when he didn’t have to work. He responds with, “I wake up, have sex, go back to sleep…” Ok. Cool. Sounds like a good Saturday morning. It caught me off guard, but I’ll roll with it.  Another time, we were talking about hobbies and he mentioned that he wanted to buy a new PlayStation for his birthday. Ok, a gamer. That’s fine. He just made sure to inform me that Call of Duty wasn’t better than drinking or sex. Awesome.

Now in my head I’m thinking, what is it with this guy? He’s a cool dude and not a weirdo (I think). I just don’t get why sex comes up in every conversation. It was because of this, and this only, now I’m thinking, maybe his only or primary intention is to do the casual sex thing. I wanted to let him know what I was on and what I wasn’t looking for, but I didn’t want to come off abrasive. I wasn’t really sure how to bring this up, or even if I should. Thus, my question for the people of Twitter.

The Women: Most of the women who responded felt like I shouldn’t have to ask him his intentions. His behavior would let me know what he was really about. Their consensus was that if he wanted something more than casual sex, I would know, so wait.

The Men: The men who responded, said that I should either ask, or let him know what my intentions are. They felt like it was best to be up front and honest in the beginning, and not get caught up later. They thought this would alleviate the possibility of being led on or getting played in the long run.  I actually agreed with the guys, as I usually do. I feel like, why not just tell someone what you’re looking for in the beginning, and give him or her the option to stick around or bounce. I think that anything else would be a waste of time. All that grey area is frustrating and unnecessary.  Of course you always risk the possibility of someone lying, or even saying one thing and doing another, but that’s life. We all know how that goes.

In case you wanted to know, I didn’t ask dude why he talked about sex so much (there were other examples that I left out for the sake of word count), but I did let him know what my intentions were. I told him that at this point in my 30-year-old life, I wasn’t looking for the casual, FWB, buddy thing, but something with more substance. He assured me that he wasn’t looking for anything casual either. So far, his actions haven’t really given me a reason to feel otherwise. We’ll see how this plays out. I’ll keep you all updated.

See Also:  Do I steal her man?: SBM Answers