How To Respond To People Who Hate On Your Relationship 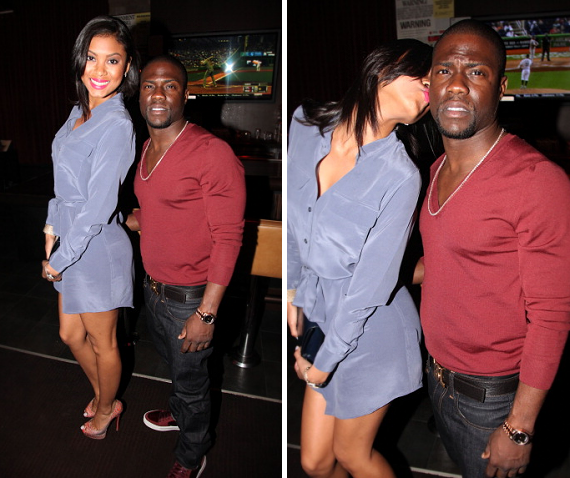 So Kevin Hart said this…

On People Who Hate on His Relationship

“Here’s the reality. You wanna know the sad reality that I say to angry women? If it wasn’t her it [still] wouldn’t be you! That’s the sad part of the reality. So, these people that get angry about another man’s happiness, ask yourself, ‘If he wasn’t with her, would he be with you?’ The answer still is NO! So either way, you’re putting time and energy into somebody else’s happiness.”

“Here’s another thing to really think about: Like, When you’re thinking about another person, are they thinking about YOU? [laughs] Ask yourself, when you see some people that look happy…..and they’re smiling…and you’re typing these angry comments…..ask yourself, ‘Are they [also] thinking about you?’ No, no I’m not.

I’ve often found myself in line with the thoughts expressed by Kevin Hart about his relationship. I think that when you have strong views about what you want in your life and others have strong views about what they want in their life the two worlds collide. I’m always amazed at people’s opinions about other folks’ relationships because they never seem to add up. I’ve talked to many women and men who complain about another person’s circumstance and I’ve always asked, “Why do you care?”

A few months ago, I came to the realization that I really didn’t care too much for outside opinions on my dating life. I’m the one in the relationship or situation (a common term for Generation Y) and so it doesn’t really matter what someone else has to say. As we get older, we realize that if you’re happy with your approach or desires then the validation of public opinion doesn’t much matter.

And I’ve heard some crazy things over the years.

As if this is something that I should not want.

As if this is something that I should not have. Moreover, doesn’t everyone have a type? It can be healthy or unhealthy but it still remains. I joke with my friends all the time, “I’m an aesthetic whore. So yeah… I have a f*cking problem.”

And in all of this the thing that resonates with me is that even if I wasn’t dating the woman I was dating, it likely wouldn’t be the person critiquing my interest in that person. Listen, I got my own issues and I’m aware but I’m not settling for anything than what I want. I don’t understand why people buy things that they don’t want just because that’s what they can afford. My daddy told me one time that he bought an expensive car because if he had to pay for it, he wanted to make sure it was something he wanted.

And as for this family and in this house, we wholeheartedly agree with that.

So I guess when I think about it, it’s a lot like what I told my friend the other day about my dating life.

“I don’t really take the comments that are posted on my articles because I know that I would never date any of those people who dissent. Am I going to date someone who is always contrarian to anything I say? Am I going to date someone who thinks I have some type of complex or “type”? Nope. Therefore, I don’t care and I don’t respond. They don’t know me and they won’t date me.”

I dropped a post two years or so ago and this is an excerpt that applies here:

Over the weekend I had the pleasure of sitting down with a friend of mine who told me something about my post last week. She could see that it was having an effect on me and she wanted to give me some words of encouragement. I didn’t really want to talk about it because it’s just a sore spot and most people don’t seem to get it, even after I explain it to them. They keep going back to, “But you said you have a preference and that’s really not that big of a deal.” Meanwhile, I’m like, “I didn’t say that, but whatever.” Over the weekend I thought, “You know, I look at the friends I have and most of them went to the same school as me. Does that mean I have a Cuse preference? Or does that mean, that I looked at the friends I have and assessed that the majority of them went to Cuse?” I digress. She said this to me:

You know what? I look back on those words from a wise woman and I think that it will always resonate with me. My advice, date who you want because you got to lay next to them every night. If you dating somebody because of what everyone else thinks about them or you, you’ll never be happy.

And shoutout to Necole for putting the original post that this post was inspired from, check it out here.

tags: kevin hart necole bitchie relationship drama
previous Why Women Seem To Date With An Agenda
next The Single Life is The Best Life