How Do You Avoid Being ‘Friends With Benefits’ 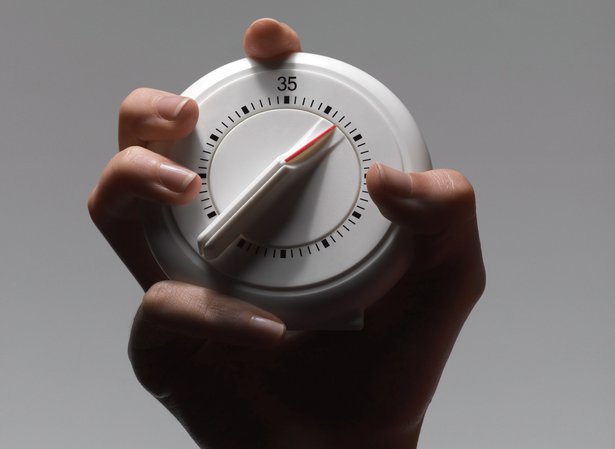 From the SBM mailbox:

I met someone last September at a wedding. We live on opposite sides of the country and are both relatively busy. I’m currently a full-time student and he’s a young entrepreneur. After we met we kept in touch and via phone and video chat. We never discussed relationships but twice he asked me if I was dating anyone. I told him that I was going on dates with someone but nothing exclusive or serious. I asked him the same question in return and he replied that he was not dating anyone because his business was his entire focus. It never really came up after that.  We continued to keep in touch and he came to visit in November, it was a great weekend and we did end up having sex. After he left we continued to talk about once or twice a week and did silly things like watch Scandal together over video chat every week.  At one point I’d asked him if I was just someone he was having sex with and he reassured me that wasn’t the case. He came to visit two more times afterwards and the third time he came I realized that I was really starting to fall for him. I decided to address it and we had a conversation about it. Long conversation short, he said that he really hadn’t planned on liking me as much as he did, but given the distance and getting his business up and started being his primary focus, he didn’t want to deal with anything serious at the moment. This was in April. Since then things got more distant between us. I got really busy studying for my board exams and he spent a good amount of time out of the country for business every couple weeks. We still kept in touch but there was definitely a huge difference in how often. Last week he asked to visit again saying he was coming back from out of the country and wanted to stop by to see me before heading back home.  I said of course and so we saw each other again for the first time since April.

I realize I still really care for this guy and don’t want this to become a “friends with benefits” type situation. At the same time I don’t want to beat a dead horse by nagging about the same thing. I understand that the reservations he has about not wanting anything serious are still there. We’re still on opposite sides of the country and he’s still consumed by his focus on his business.

First, I want to thank this reader for choosing to reach out to us for advice. We really appreciate all the mail that we get and put a lot of effort into responding to as much mail as we can. Second, there’s a lot to glean from this situation that both this reader and other readers can benefit from. Last, I can empathize with both sides of the situation because I’ve experienced it. Therefore, I’m going to tell you in advance that the delta between what you should do and will do on this one is vast. That’s perfectly normal because just because something is normal doesn’t mean it makes sense.

Here are a few things that I took away from the email:

Weddings are a great place to meet people.

It’s not the same as dating within your circle only because these are the people who are sometimes two or three degrees removed. However, you must share somewhat similar qualities because you happen to be connected in your network.

You both agreed to continue communicating despite the distance and I presume without a real plan to close the gap.

That’s fine, but it should be noted that the beginnings of the relationship were birthed out of agreeing to a long distance “situation” without a plan to close it.

You both are in different places in your life with a lot of change on the horizon.

I’ll come back to this point but you both don’t sound like you’re in any place for a serious commitment, but the real issue seems that you want to know if that’s a possibility.

You both were honest about your dating situation and circumstances.

This is important because it establishes that you both were more than willing to tell each other truth.

You had sex before you were in a relationship.

I don’t think this is a bad thing but it’s just something that I always point out. Just because you sex before you’re in a relationship doesn’t mean that you’re “friends with benefits” it just means that before titles were involved, you decided that you trusted each other enough to have sex.

You realized that you were growing strong feelings for him and inquired about where things were going and he gave you his response. He said, no not at the moment.

As people start to become closer they start to want to know an answer even if they don’t desire the circumstance. And even despite being given an answer that may be appropriate and having no reason to believe the other is lying, we get upset.

I’ve experienced this many times. It seems that when life gets busy we forget that our busy seasons are not always in line with another’s busy seasons. You were busy, he was busy, and when your time freed up… you began to wonder. He may have been just as busy as you. I always countered people I was dating with this, “What if I had started to press when you were tied up with things?” As I said before, it doesn’t seem like either of you was or is in a position for a full-fledged relationship.

You said you saw each other again and now you’re worried that since nothing is changing that you may become “friends with benefits.”

You said you don’t want to keep harping on the same things over and over again.

Then don’t. You may not control that it’s on your mind, but you are able to control how much you continue to harp on it. I think there are more important questions that you want to ask. It’s not about wanting to be in a relationship as much as it’s about not falling into a “friends with benefits” relationship. Ask him if he’s still seeing other people, sleeping with anyone else, if this relationship is the most important to him and how he would feel if you met someone who better your needs. I think those are really important into figuring out whether he just wants something physical or if it’s truly a busy time in his life.

Just to even this out – This guy sounds typical, but he’s not all that typical at all.

It’s really easy to declare that a guy who is focused on his career and unwilling to commit to being a “boyfriend” is just a typical man who wants all the benefits of a relationship without the responsibility. While that is a popular thought, it’s actually a very dangerous one. The thought that a man could be mature enough to admit that he may not be in a position to meet the demands of being a boyfriend is actually rather awesome. There are a lot of men who won’t do that and will string you along for years before you realize he has no intentions of ever settling down. There are tons of good single men today because they were in situations with impatient or demanding women. Often times, I’ve met good women who have lost good men because they didn’t have the patience to wait. And also going back to the previous point, are you even in a position to be in a relationship? Do you want to push for something only to find out that you just wanted to know if it was possible, not actually be in it?

Those are all things to consider. Of course, set deadlines and checkpoints for allowing you to understand if things are progressing or not progressing. (And then, don’t be mad when you move, shift, or adapt those checkpoints because we all do the same damn thing.) Always keep open the lines of communication. (Even though, something may be pressing in your mind and you’ll decide against bringing it up because you don’t want to push the other person away, because we all do the same thing.) It’s a lottery with these situations at times. You could be the one who he’s with until the “one” comes along, or you could be the “one” that he comes to as soon as he is in a position to be a boyfriend/husband. The decision of when to cut bait is solely up to you.

Above all else if there is one short sentence or word of advice to sum up my take; don’t allow yourself to distrust someone who hasn’t given you any reason to distrust them but only because of a personal inquiry that remains unanswered.

Don’t forget to email your questions to [email protected] and check out our responses to all of our reader questions by clicking here.

tags: how long is too long to wait reader question sbmail
previous No Offense, I Prefer Non-Black Women
next The Importance Of Your Woman's Support System