No Offense, I Prefer Non-Black Women 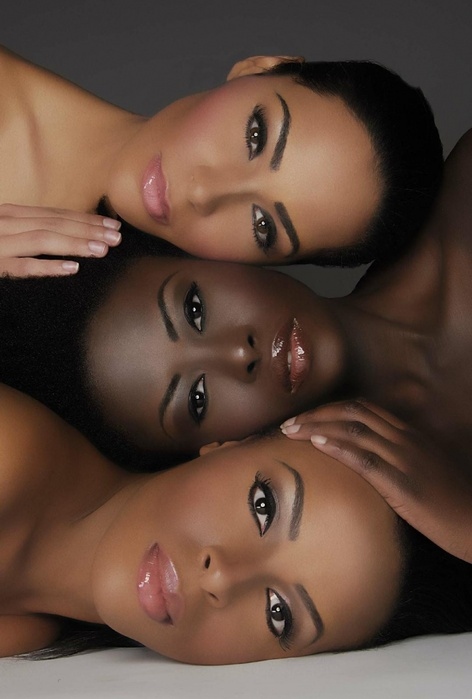 For amusement, I sometimes look at Craigslist ads. I fish through the Men Seeking Women section to read posts to see what some men are looking for in women.  There are many anatomically correct parts on full display in the attempt for hookups and many married men seeking a friend. Some posts are sad; others funny or desperate. One day, a post caught my attention.

I had no interest in meeting up with this particular stranger, but what it said sparked my curiosity.  He gave a vague description of himself with no photo, but there was meticulous detail of what he was looking for in a woman, including and he was very specific about this, “I am open to all races, but am partial to non-black women.”  According to what he wrote, he was a black man, so what was his issue with sistas?

I prefer apples over oranges. That doesn’t mean I’m biased to oranges. It just means I like apples more.  I had to wonder was this the case for him. As a black woman, I felt like I had to investigate the reason he preferred non-black women. This was what he had to say:

It’s not so much that I’m partial to “non-black” women, as it is I’m completely partial to being loved, cherished and respected as a man, WITHOUT being “challenged” at every turn. The fighting, grief, arguing and drama associated with dating my sisters…. I’ve fought too hard, been through too much, and am way to educated to put up with “ghetto”…and, after being around that for so long, I DESPISE women who are only acting ghetto. It’s not cool, it’s not cute, and it’s absolutely shameful to throw away the gift and privilege of being more fortunate to act as if you’re not.  Our women tend to be arrogant and dismissive; they’re taught this is cute, this how you be a lady, that “attitude” is what makes men fall at their feet. Our women are taught to be selfish and unfortunately, black women just aren’t up to the task.  They’re too busy being high and mighty in their own minds, about how righteous, good, beautiful and independent they are. Later for all that, I need a woman, ya dig? Feel me? I’m refining the edges now that I’m older, I’m hard.  I’m mean.  I’m intense.  I’m passionate, driven.  And yes.  I’m angry.  Not all the time, not as a habit, but you’d have to know my story before you judge me.  Now….If I haven’t scared you off, or inadvertently shut you down, I’m free tonight, about to watch the game.  You’re welcome to come join me, get to know me, see what, if anything, is between us….cause I guarantee you there are sides to me just waiting to blow a woman’s mind, blow her completely away with just what and how good a good black man is and can be…Ball’s in your court love.

I had to read it twice to make sure I understood his response correctly. In all the pessimism about black women, did he forget he was responding to a sista? The most belligerent part of the email was the invitation to come kick it, despite his typecasting of all black women with the explanation why he preferred Latina, Caucasian, Indian or Asian women above someone like me.  In my rebuttal, I didn’t know whether to put the CAPS LOCK on or just laugh, but my response was as follows:

I can certainly understand your points, about “non-black” women you have dealt with.  I have heard this adaptation of grievances, stereotyped views of how “all” black women are perceived, due to those who choose to be “ghetto” or less than stellar women.  I am actually bi-racial, a mix of Asian, French and African American.  Even with a diverse background my skin is coco and my eyes are brown. I consider myself a black woman.  I haven’t had the best experience with or dated the most elite selection of men of color myself, but I love me some brothas.  I would never categorize “all” brothas in a broad-spectrum enough to say, I would “prefer” a non-black man-  maybe that I would “prefer” some with intelligence, common sense, ambitious drive and attributes, other than a concentration on behavior associated with race. White women and Latina sistas lose their cool, like the rest of us and last I checked, just about everyone can have the occasional disagreement. If you are a woman in this world, if you don’t stand up and “challenge” or fight for what you believe in, you will get railroaded and run over.  I understand the time and place appropriate and it’s when these boundaries are overstepped, which you may be referring to, but that opinion is based on your experience.  You noted some of your qualities as; hard, mean, passionate, driven, intense and angry.  Not angry all the time, but like David Banner when he becomes the Hulk.  I may be pretentious in thinking, this is what you meant can be expected from you, if you are exceed beyond your limit as anyone else would be.  So…..this being, I probably wouldn’t want to see you angry, then should I assume according to your logic of women of color, men of color are the same?  As a black man that you are angry, even by your own definition- temperamental, loud and combative? Maybe you should revaluate your comments to, it has been your experience, what you describe in women, you’ve dealt with. Instead of assimilating the idea, this is how all women of color conduct themselves.

I wished him the very best of luck on his journey to find someone he preferred. As for me, a single black woman, I’ll stick with the apples, and if I so choose to be tempted with the occasional banana or orange, so be it. I don’t discriminate, because in the end they’re all fruit.

About the author: SimplySophie: I am the former Vice President of Seattle Chapter of the Association of Professional Women; graduated from Tennessee State University, with an emphasis in Communications and Journalism. I am an author, freelance writer, the occasional ghostwriter, and blogger. I write as much as I can to tighten my writing skills. I am working on a book, and I would eventually like to write for television or film. I read and enjoy most articles on SBM as insight into the male perspective.

Have you encountered someone, man or woman, with thoughts similar to the man in this author’s post? How did you handle the situation? Did you give them a chance to explain why they felt that way? What reasons did they offer? What are your thoughts on people who proactively seek to date outside of their own race?

tags: black men Dating interracial dating non black women preferences white women
previous The Business of Relationships: How Men Can Measure Their Value to a Woman
next How Do You Avoid Being 'Friends With Benefits'