Give Your Ex a Second Chance 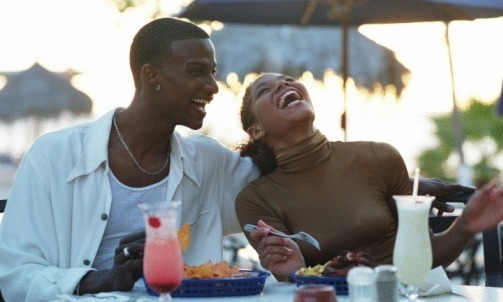 The phrase “An ex is an ex for a reason” is played out. Here are a Few Reasons to Give Your Ex a Second Chance:

It’s More Than Love
Being head over heels is one thing, but it’s a completely different story if the two of you have more in common than a favorite song. “You love each other, but it’s more than love — you share the same values and could actually have a good life together,” says Nina Atwood, therapist and author of “Temptations of the Single Girl.” If your past partner shares similar goals for the future, that should be an incentive to discuss whether the relationship could be mended with a stronger foundation.

You Called it Quits Too Quickly
“Sometimes people give up too easily and take the easy way out, which is to separate,” explains Marina Pearson, founder of Divorce Shift and author of “Goodbye Mr. Ex.” “By going back, you can move forward and enter what feels like a new relationship.” The key to making it work the next time around? Sit down and talk about what caused the rift, and more importantly, decide how it can be fixed as a couple.

He/She is Trying-Really Hard
You have every right to feel angry or frustrated over something your ex may have done that hurt you. But if he/or she is trying their very best to not just apologize, but actually show you they mean business, it’s worth taking note. “It can be worth giving your ex a second chance if that person has made many attempts to make amends and is even willing to get help in the area of concern,” says psychologist Karen Sherman. “As long as the person is willing to address the wrongdoing or problem area, it’s worth going back.”

Accept Change
Chances are, there are some things that can’t be completely fixed, such as a meddling mother-in-law, but life coach Teresa Atkin states that it’s crucial to assess the situation and truly understand what can change within your relationship to make it better for the both of you. “Communication can improve, you can learn to handle conflict better, cheating can stop, and you can learn to reduce misunderstandings,” explains Atkins. “It helps to reunite with your eyes open.” If lifestyles are different, you and your former significant other should understand how you can alter the situation so the both of you are happy without remorse. As with anything else, communication is key.

You Were Wrong
Be truthful, was there something that you said or did that caused the relationship to fall apart? If so, stop putting the blame on your ex and admit defeat already. “Simply put, swallow your pride and admit your were wrong,” says Dr. Fran Walfish, Beverly Hills psychotherapist and author of “The Self-Aware Parent.” “If you broke up with him or her and realize you made the mistake, own it.”

tags: a chance Dating exes give love past redemption second
previous Her Husband Is Bisexual: Could You Date a Bisexual Man?
next Why Women Cheat