Home Featured Where Are All The Good Men Hiding At?
Featured
Men
Relationships
September 3, 2013 Dr. J 111

Where Are All The Good Men Hiding At? 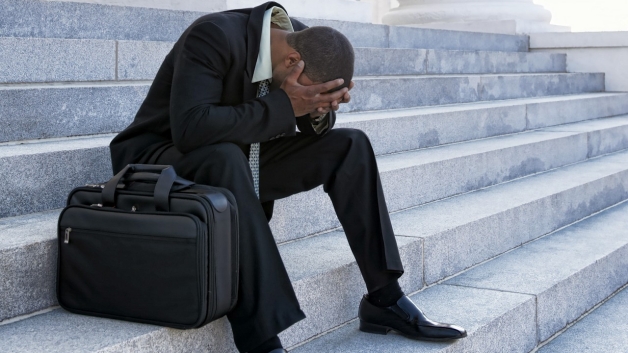 There are a few things that really upset me. It’s assumptions that women make about men. They are blanket assumptions that are complete double standards because men never do the same to women. These assumptions typically show their ugly face in a conversation and good men tend to write off those women as hopeless, scorned or damaged. The assumptions always start with, “Well, you’re a man” or they end with “because you’re a man.” And each time you hear it, men cringe. Especially if you’re nothing like the type of man she’s describing.

The other day I figured out what happens to good men. I get asked all the time where are the good men and I struggle with an answer because I’ll think to myself, “I know a lot of good men, but where are they at?” I tell most women, “Good men are everywhere but the problem is people only notice the loudest people in the room.” I don’t always mean in volume either. Loud can be the person talking the loudest or the person who tries to control every conversation. Loud can also be the one who spends the most money, wears the flashiest outfits, or generally does everything in his power to keep the spotlight on him.

Then the next thing I will say about good men and why women can’t find them is that as soon as a woman says something that comes across as hopeless, scorned or damaged, most good men stop talking and hide. They may not leave the room but you better believe they’ll do everything in their power to make sure that you can’t find them. That’s the problem with those assumptions, when you make an assumption that’s wrong it always backfires.

See Also:  The Most Wonderful Time Of the Year

All men do not cheat. There’s a ton of men out there who will never allow themselves to be in a relationship with someone they feel they may cheat on. The presumption is what really begins to weigh heavily on a good man. It’s almost like he has to live the life of a convicted felon. A woman is suspecting that he may do something based on his past, unfortunately there’s nothing in this man’s past to suggest that’s what he would do.

“Men will sleep with anything.”

This is perhaps the most dangerous assumption affecting relationships in the entire world. It’s simply not true. I pride myself in not sleeping with just anything. I know plenty of good men who think the same way as I do, “I could, but I mean would it really be worth it?” As you get older you learn that not every woman needs to be slept with and that you can avoid a lot of distraction and drama by thinking things through before going that route. Again, the presumption lets a good man know how you view men.

“Men want women to submit to them.”

I’m sure there are some men who want a woman to “submit” to them, but I’ve talked about this before and I’ll say it again; men don’t want some deaf mute woman who will go in the kitchen and never be heard from again. They want a partner, but they want a partner who has the ability to allow them to lead or at least bear the responsibility of the lead even if it’s more of a partnership. To this point, not all men want women to submit, some are perfectly happy to have their women lead. And on the other side, some men see things as a partnership but know that they bear the responsibility of the lead.

See Also:  How One Man Became Jaded: The Final Chapter

“Men don’t like strong women, they want a weak woman who isn’t going to challenge them.”

Good men do not like super submissive women. They are not good women and good men aren’t attracted to bad women. They may be tricked or deceived into dating one, but that’s not something he seeks. It’s also disrespectful to accuse someone of being unable to handle a strong woman. Most good men don’t have problems with strong women because they are very strong in their own right. It’s just an assumption that leads to nowhere nice.

Just to even it out I’ll tell you something that pushes good men away too.

“A man should love me for me and not try and change me.”

If you claim to be a good woman and you ever say this aloud, every good man you know will disappear. He will run and hide because there is just so much wrong with this statement. First, a man cannot and should not change you, but you should want to always be bettering yourself. No one says this statement about any of the good characteristics, it’s always about the flaws or not so attractive characteristics that they have. This statement also almost always removes you from the ability to be considered a good woman because it’s typically a dead giveaway that you’re complacent or you just don’t think there’s anything that you need to work on. Whatever the case may be, in a crowded room when those words are stated, it’s over for you.

I guess what I’m trying to say is that good men are all around you but they’re hiding in the same room as you. You may consider yourself a good to great woman, you may even consider yourself a bad girl. I just think that most times when women say they can’t find a good man, it’s indicative of the fact that they’ve already shown the good men in the room that the women in that same room aren’t worth their time. I guess my point with this post is to make sure you aren’t missing out on your blessing because you don’t know when to hold back or switch up your perspective.

tags: angry black women black men how to find a man where are good men at
previous Why Women Cheat
next One Man's Case For Relationship Contracts