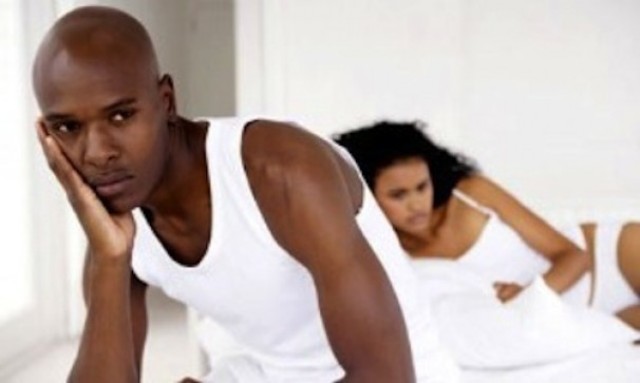 For whatever reason, I’ve often found the explanations behind why women cheat to be far more sophisticated than why men cheat. So, when I saw that the “experts” over at COSMO had parsed the reasons down to a simple list of five, I decided to take a read. My three favorite are below.

1. Going Through A Transition

“If it is graduating, turning a certain age, losing a parent or advancing the relationship status, women become introspective,” explains Lee. “Even if it is something she wants, such as just getting engaged or graduating, the transition can stir up an array of emotions about where her life is going or where she is in it. The discomfort of change can trigger an impulsive desire to find someone to take her focus off the change and be a diversion for what she is going through.”

We’ve all been here: “May it be getting a promotion, organizing a fundraiser, or making Thanksgiving dinner for a party of 20, men often make the misstep of “not complimenting their partner’s achievements,” Lee says. “Women seek an emotional connection that their partner notices them, is proud of their achievements, and appreciates what they do, so when they aren’t getting this at home the residual effects lead to feelings of frustration, dissatisfaction, depression, and restlessness.”

And that’s when they could go looking for it elsewhere. “When you are living in the day to day with someone, it is challenging to step outside a situation and notice the things that do matter to someone,” adds Lee “As this wears down over time, so as soon as the woman encounters someone who ignites the spark they are lacking at home, they equate it to an emotional connection and seek companionship with someone else.”

5. It’s Boring In The Bedroom

Men aren’t the only ones who need to spice things up. “Women need to feel desired!” Lee declares. “If she is not getting any, enough, or nothing to talk about, women start to feel a sexual void. With the popularity of books such as Fifty Shades of Grey, television shows, or listening to friends talk about their fun single trysts, women have that moment when they compare their love life at home to what the rest of the world seems to be experiencing.” And that’s when she may start to wonder what she’s missing.

“Though it is easy to pinpoint the flaws in one’s sex life, it is often hard to make the changes needed to correct them,” adds Lee. “This creates a temptation in women to seek sexual satisfaction elsewhere with someone they don’t have the baggage with and can be more uninhibited.”

We all know why men cheat, or at least we all should because I told you why here, but I think there’s still some confusion about why women cheat and the frequency of women cheating – for the record, it’s a rising amount. Equality for the win!

See Also:  It's Time: Women Should Start Paying for Dates

See Also:  5 Things Women Do that Men Hate, but Tolerate Because We Care

As a man, I’m going to recognize my own limitations on this particular topic and turn it over to the experts, the women.

Ladies, how accurate is this list? What’s left off? Is there anything that’s completely wrong? Which of the five is the most important for men to keep in mind to keep their woman happy and faithful?

Fellas, are these reasons much different than the ones you’ve used (or heard…from a friend…obviously) for why men cheat?

tags: adultery cheat infidelity unfaithful Women
previous Give Your Ex a Second Chance
next Where Are All The Good Men Hiding At?