One Man’s Case For Relationship Contracts 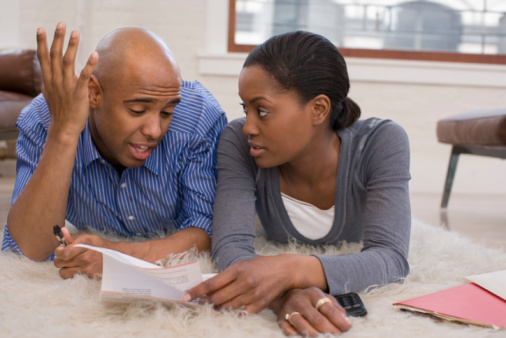 I believe that in the dark corners of the circles that only include men talking truthfully about life, liberty and the pursuit of happiness all men reach a level of certainty. They realize that the current system of marriage in America is dysfunctional and that at the point that the marriage license is signed and nuptials are exchanged, the entire situation now favors the woman. It’s a gift and a curse. It goes without saying that we know that for much of the time that marriage has been a construct governed by the court it has typically worked out in favor of the man, but now things are different.

The long list of things that women say they’ll only do with their husband is endless. It stretches as far as however far the universe is… the irony of that statement is that no one really knows what that means. I have always told other men to make sure that they don’t accept these promises that come along with the next step in a relationship. Simply put, there is no guarantee that if your girlfriend says she’ll only do certain things when she’s married that she’ll actually do it. She can tell you that she is only going to cook and clean for a man that has put a ring on it, but if you’re in that marriage and she decides that she’s not going to cook or clean, what do you do?

That’s why when I hear about relationship contracts or marriage contracts, formerly known as, prenuptial agreements, I can’t help but be intrigued. I can’t say whether I would ever initiate one but I do understand that somehow, someway men need to find ways of ensuring their happiness. Knowing that at the point that a relationship doesn’t work out the man is almost always the bad guy and almost always experiences the biggest losses; some type of correction is needed.

There are four contracts that I think are worth having, whether formal or informal.

Sustainment – The Sustainment contract means that you cannot slip or falter once in the relationship. No matter how much comfort you find in having a significant other, you can never begin to regress. If you want to throw in aesthetics into this category you can but it also can apply to all types of factors of a relationship. If you were supportive of his busy career before the relationship, you have to maintain that support.

[Read the rest at MadameNoire.]

tags: marriage contracts prenuptials relationship contracts
previous Where Are All The Good Men Hiding At?
next Why She Doesn't Want to Be With You