I Hate Talking On The Phone 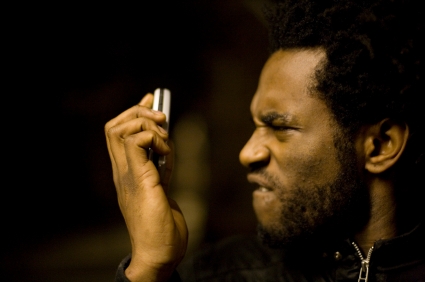 A few mornings ago I was heading to work and I looked down at my phone reviewing over names of friends I hadn’t spoken to in months. I’m lying… I looked at my gchat and looked at several girls that over the years I had fallen out of touch with because they only like talking on the phone and hate text messaging. I thought about sitting down and making time to call each one of these girls and reconnect, if only to be the one who reached out last, then I remembered something.

TALKING ON THE PHONE IS THE MOST ARCHAIC FORM OF COMMUNICATION ON EARTH!

There are a ton of reasons why people say talking on the phone is better than texting or sending an email or even a snapchat. I ask them, prove it.

What’s the actual purpose of talking on the phone?

A telephone, or phone, is a telecommunications device that permits two or more users to conduct a conversation when they are not in the same vicinity of each other to be heard directly.

Has anyone ever really paid attention to the actual purpose of the phone?! Nope. Telephones were created at a time when it was almost impossible to travel to see a person on a regular or as-needed basis. Here’s the other thing, only rich people had telephones. Everybody else had to do it the old-fashioned way; arrange a time to meet in person or write a letter. What a novel concept! You mean to tell me that if you weren’t rich enough to have a phone, you’d have to meet face-to-face or spend time putting your thoughts on paper? Those poor people had it rough.

However, that’s why it bothers me when someone doesn’t want to meet up for coffee or drinks, or refuses to send an email or text message. In my opinion, I’m just reconnecting with history. With the phone being a fairly recent invention in the history of mankind, I’m sure that people did just fine before its existence and they’ll do just fine without it.

Yet, it seems to be such a required staple in dating.

Fans of the phone conversation over any other form of communication suggest that it comes down to setting aside the time to talk on the phone and that the person has your undivided attention. That is the most selfish and arrogant piece of shit I’ve ever heard. Last I checked, your significant other was a companion not a deity. Since when was there this presumption in a relationship that “thou shall have no other gods before me” as in your significant other? It’s just flat out ridiculous and absurd.

On my way to work one day, I counted that I had spoken to about fourteen people via text, email or chat from the time I woke up that morning until I reached my office. I thought about how many people I would have spoken to if I had only talked to them on the phone. The answer was one. I would probably be able to make one phone call just briefly before I had to iron my clothes, shower, pack my work bag and leave. I would also not be able to talk to anyone on the train because that would be rude to other people’s commute or I would be in a tunnel. That would leave a few minutes from the time I walked from the train station to my office which is just about enough time to dial a number and hope they pick up before I would have to say, “Ok, time to call you back later.” That probably relegates that idea to a bad one. Therefore, the most I would have been able to talk to was one.

If someone is suggesting that maybe you don’t need to talk to that many people but you have to decide who the most important people are in your life and talk to them, I have two things to say:

1)      Why do you want to even remotely suggest that I cut myself off from contact with the outside world and do you understand how weird, awkward and sinister that sounds?

2)      If I’m so important, why are you insisting on trying to talk to me on the phone instead of in person? Don’t worry, I’ll wait.

So yeah… I’m not afraid to admit that I actually loathe phone conversations. The only reason I have phone conversations is for the other person or when I’m unable to communicate with you in any other way. Any other communication outside of that can, and from this point here on out, will be conducted via electronic communication. Stop being selfish and stubborn and join us in the 21st century. We’ve come a long way from T9. You have a full keyboard on your phone, use it.

tags: Confessions Dating history talking on the phone Women
previous Love Isn't Enough to Keep Some Men Faithful
next Why Being Comfortable Can Be A Horrible Thing For Your Relationship