Home Featured The Princess and the Frog: Why We Stay in Bad Relationships
Featured
September 16, 2013 WisdomIsMisery 9

The Princess and the Frog: Why We Stay in Bad Relationships 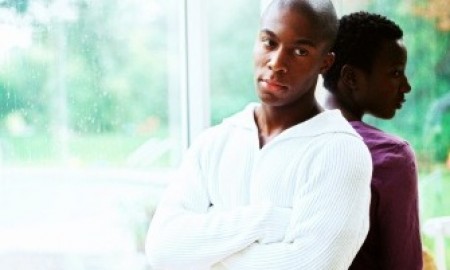 The Parable of the Boiled Frog

But, before we get to that… Just last month I claimed Men Can’t Lead Women on Forever. I still believe this is true, and I also feel the same applies to women “leading” on men. Additionally, Pops had a similarly themed write-up in his post, 4 Reasons Why Being Comfortable Can Be A Horrible Thing For Your Relationship. “Do what’s best for you” seems like such a simple mantra, so why do so many people fail to practice it in real life? Why would anyone in their right mind allow someone to lead them to their own detriment or allow themselves to remain in a relationship until it crumbles under the weight of it’s own misery?

The post referenced above cites the “boiled frog” syndrome as the culprit. The author suggest – and I agree – that it’s actually more difficult for us to leave a slowly decaying relationship than it is for us to leave a relationship after an abrupt change for the worse. For example, if you’re in an abusive relationship, it is likely increasingly difficult for you to leave if the person slowly increases their abuse instead of suddenly changing their habits. For instance, if the physical abuse begins with yelling, then a shove is not that much greater than the yelling you’ve become use to. Once you’ve gotten use to showing, then perhaps an open hand slap isn’t exponentially worse than the “new normal” you’ve already become accosted to, yet it is far worse than the “good” relationship you were originally a part of. As you can see, because these changes are not exponentially worse or different than what you’re used to, it’s a lot easier for us to justify remaining in an unhealthy existence; whereas if you were in a loving relationship that suddenly erupted in violence, a jarring change, then it might be easier for you to leave immediately.

The same can be extended to unfaithful relationships. Why do people who otherwise make perfectly logical life-decisions remain with significant others that are consistent cheaters? Using the same analogy, it is likely because once you’ve caught your significant other straying through text, then catching them straying in physical form is not that much different (mental versus physical cheating). Once you’ve accepted they’re unfaithful once, then finding out they’ve been unfaithful two, three, or infinity more times is not much different than your normal expectations. In fact, you might come to accept the times when they’re unfaithful as the rule and their faithfulness as the exception – something you should now be grateful for because it’s different than what you’ve come to expect.

I know this sounds unhealthy; that’s because it is. Yet, it’s something people do every day. Unfortunately, the reach of this syndrome doesn’t end with just our relationships. It extends to family, friends, work, and more. We align our expectations with our relative realities because it’s easier to accept things are broken than take the necessary – and often difficult – steps to fix the problem, especially if the problem involves fixing ourselves or our decision-making. Further, the longer we stay in a bad situation, the harder it is for us to recall a time when life was better and absent of the current chaos we’ve somehow managed to normalize in order to cope.

At this time, I’d like to share an excerpt from the original piece that inspired this write-up.

So as these women saunter in their labyrinths of love, they meet “Jerks of all trades” who completely confuse their well-beings and identities and unconsciously teach them how they should be treated.

They accept these behaviours in hopes of things changing (by a strike of lightening from the heavens that will turn the leopard’s spots into stripes) and going back to the sweet honeymoon phase of being pursued and wanted again.

These women are so great, filled with potential and wit. Their hands are full of gold and purpose. They are beautiful. But they risk nemesis by inviting such rejection, complacency, abuse into their hearts.

It’s scarring. These women are our mothers, aunts, neighbours and friends, culturally taught to withstand all adversity at the sake of their distant families.  What a curse!

And so the example of the frog is brought up.

“If you put a frog in a pot of boiling water, it will immediately scramble out. However, if you put the frog in a pot of cold water and gradually turn up the heat, the frog will become groggier and groggier, until it is unable to climb out the pot. Although there is nothing restraining it, the frog will sit there and boil. Why? Because the frog’s internal apparatus for sensing threats to survival is geared to sudden changes in the environment-not slow, incremental changes.”

The signs are always there.

Check out the full story at [Women24.com]

Have you ever found yourself, a friend, or family member remaining in a bad situation because it was only incrementally worse than the previous (already bad) situation? How did you or they escape the situation? What advice did you receive or would you offer someone to escape this situation?