Man Says Women are Intellectually Inferior and Intimidated By Him 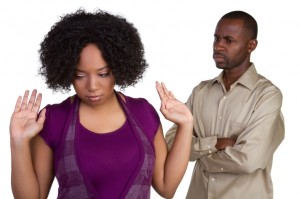 We all know at least one interesting fellow like this one in the story below:

MILWAUKEE—Describing his mind as both “a blessing and a curse,” local man Benjamin Walker, 27, told reporters Thursday that his intellect was probably just too intimidating for most women to engage with romantically.

“I’m a very, very smart guy, and I guess most women are pretty scared off by that, you know?” said Walker, confirming that women often seem extremely uncomfortable and agitated around him, most likely because of how cultured and well-read he is. “After I’ve been speaking to a girl for just a few minutes, she’ll usually start to get this look in her eyes like she wants to bolt and I can just tell that she’s feeling so intellectually inferior that it’s impossible for her to continue with the conversation.”

“Which is understandable,” Walker added. “I am able to speak confidently and at length about a wide range of subjects, so it’s probably hard for most women to follow along.”

According to the Milwaukee resident, whenever he is talking to a young woman and begins to expound at length on one of the many topics he is well versed in—such as Malcolm Gladwell’s book Outliers or the British graffiti artist Banksy—she begins to appear highly overwhelmed by his mental capacity and quickly grows visibly restless and distant.

Walker, who acknowledged that his imposing cleverness and quick wit likely caused women to feel insecure about not being as smart as he is, confirmed that females frequently displayed an averse reaction to his impressive mind by noticeably “checking out” of the conversation or attempting, no doubt in fear and awe, to exit the discussion as quickly as possible.

The 27-year-old, who graduated from Syracuse University in 2007, told reporters that he subscribes to The New Yorker magazine and keeps up with the news on a daily basis—all facts that Walker said seem to persistently leave the opposite sex speechless when he inserts them into conversation.

“I should really be more careful, I suppose, because I can see that my intelligence can be a major hindrance to meeting women, most of whom are probably looking for a guy with a more ordinary or slowed-down intellect—you know, someone more on their level,” said Walker. “Sometimes, after talking to a girl at a party, for instance, I will try to approach her again and she’ll purposefully avoid eye contact with me, just so she doesn’t have to deal with the embarrassment of contending with my staggering mental faculties.”

“It’s tough, because I really try my best to relieve their anxiety and say, ‘Hey, look, don’t sweat it, I’m used to people not being able to keep up with my mind,’” added Walker. “But that never seems to help. They’re too petrified by that point.”

See Also:  Femininity v. Masculinity, Men Not Supporting Each Other, The Hustle, and More

tags: intellectually inferior intimidated smart superior Women
previous The [Second] Worst Thing a Man Can Do To a Woman
next 5 Things Women Do that Men Hate, but Tolerate Because We Care