Infidelity Rates May be as High as 70 percent 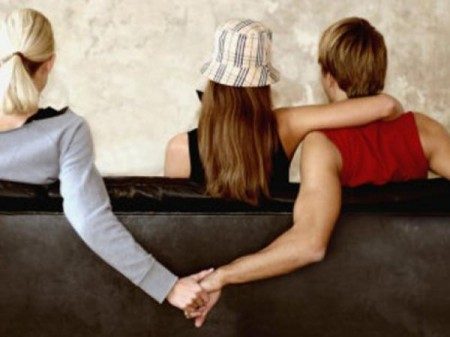 Anyone who has been unfaithful and then gone to couples therapy to “work on the marriage” — assuming he or she hasn’t already been given the boot — knows that the therapist probably isn’t going to take his or her side. You cheated, you’re bad, end of discussion.

Yet it’s clear that with infidelity rates that may be as high as 60 percent to 70 percent (although it’s hard to get an exact number because it’s all self-reported), there are a lot of people who are being less-than-honest in their marriage. That’s a big problem.

So why is it just an individual’s problem? If so many are getting some on the side, isn’t infidelity a societal problem?

What if instead of being branded with a Scarlet A, those who stray are told at the therapist’s office that the problem isn’t really just his or hers; the problem is monogamy, which clearly isn’t working for a good percentage of couples.

That’s what some contributors suggest in The State of Affairs: Explorations in Infidelity and Commitment. Among the questions posed is, what do affairs tell us about the institution of marriage?

It’s a good question to ask.

We get a lot of mixed messages about marriage. While it still is seen by many as something desirable, it’s always sort of couched in something that borders on the negative — whether it’s how the bachelor/bachelorette party is the last night of “freedom,” or the amount of “work” it takes, or how unhappy marriage makes us, or how sex becomes boring and requires new positions, gadgets, lingerie and quickies to spice up things…

See Also:  Yikes, My Crush and Ex Flame Are Friends

Are you surprised by these stats? As the HuffPost article suggest, do you think infidelity has become a societal problem? Do you still see marriage in your own future – if yes, what are some of the benefits you hope to gain? What are some of the risks that concern you most?

tags: adultery cheaters cheating divorce HuffingtonPost infidelity Marriage
previous Men DO Read and Seek Relationship Advice
next Heathen Life: 5 Things to Consider Before You Move in With Her