5 Things Men Do that Women Hate, but Tolerate Because They Care 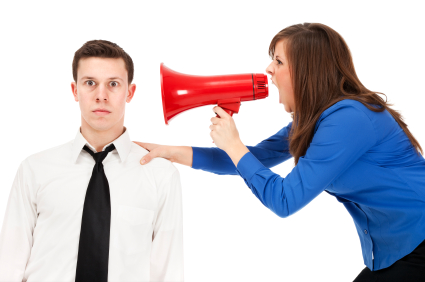 Last week, I became the public advocate for all men who don’t want to speak for themselves. I explained a few things that women do that can drive us crazy but we tolerate. Needless to say, we had a great discussion on here, and everyone got a better understanding of our small plight with the women folk. I also got a bunch of you people (WOMEN!!) hitting me on the side with a laundry list of things men do that annoy them. Of course it was long winded, like women naturally are *ducks*, but it was informative. I did say at the end of my post I was going to write this up, correct? Well, needless to say the help I received was appreciated. With that said, here are 5 things men do that women hate, but tolerate because they care:

Leaving The Toilet Seat Up

I grew up with at least 3 women in the household at any given time. I have been indoctrinated to be hypersensitive to a woman’s daily plight. This includes keeping the toilet seat down at all costs. I’ve heard the reasons why this is so necessary, such as “We don’t want to fall in!” and “It should be down naturally there’s no reason to leave it up”. Maybe I’m being insensitive when I use my logic, but wouldn’t you always look before you sit? You look before you sit in regular chairs, where the consequence isn’t a cesspool laced dunk in muddy waters. Why wouldn’t you be cautious of sitting down on a toilet? Regardless of my astonishment over women’s lack of depth perception in restrooms, I adhere to your code. There are times where men will forget this rule and leave the seat up, and I swear it’s not malicious. The same way women can be oblivious to an erect toilet seat, men can be oblivious to placing it in its original position. This is important to you and you scold men for it, but you let it go after a while, and eventually men get it right. Hey, just be happy most of us will wipe that seat after going 2-30 from the field shooting!

I actually got two great quotes from women on this that I want to share:

Women are considered more emotional only because we’re louder. Men are just the same, they just internalize better, but it’s not always better. When tensions rise, most often times women just want to talk it out, have resolution. Not talking about knock down drag out fights, but men tend to go quiet when we need to talk the most. We tolerate it because it’s all about balance. We know that maybe we should work on processing better.

Being quiet during arguments…smh! I deal because I’ve learned that he really just ran out of shit to say. Sometimes it is better to come back to an argument when cooler heads can prevail.

See Also:  Confession of a “Church Girl”: Stereotype or Struggle

I will say that men fall silent, not because we don’t have anything else to say. We may fall silent because what we have to say will lead to 85 more minutes of needless conversation that will end up at the same destination: Us saying sorry and that we will do better. If men are passionate about the topic, they will converse with you till the cows come home. More often than not, a problem may not be that serious to them, and the silence or the always dreadful “OK”, is our way of doing this in a debate:

I got responses from a good number of women. This theme was represented in about 90% of the responses. I was shocked and appalled (not really) but this was interesting. Among the common complaints were the following:

1) Men turning into 5 year old children when sick. They act like Clark Kent after someone drops Kryptonite in his champagne, HEOENO.

2)Men don’t know how to clean up after themselves consistently once they get in a relationship. They leave their stuff around the house and expect it to magically be in order upon their return.

3)Men don’t offer to clean up anything, and assume the women will handle it, and know that women don’t want to be around filth so they will make it happen.

Seriously, I can’t fight the fact that most men revert back to infancy when we are sick. It’s natural to want to be comforted in those tough times. Besides, y’all love it, so stop fronting. The cleaning aspects seem to be consistent with women who live with these men or are in their living spaces often. There may be some truth to this, but I can say that if you create a behavioral pattern of assisted cleanliness, you can’t get mad at men for following the rules of the road. You tolerate it, but if you want it to change either speak up or don’t clean. Unless son is a complete slob, things will shape up soon. Men do need help at times being tuned into women’s feelings, so offering to do certain things may not come as easily to us as it does to women. Keep that in mind, and the woman ability to “strongly suggest” things should be effective here too.

White Lies For No Reason

Women have dealt with this phenomenon ever since Eve offered Adam that apple and when God asked why they ate the forbidden fruit, Adam replied “I don’t know no f*ckin Kiyana!” Men will lie about the stupidest shit, and you guys will know the whole time. We will tell you that we’re down the block when we haven’t left the store yet. We will tell you that we only have $20 in our pockets right after coming from an ATM. Women tolerate this for a few reasons. For one, you can probably tell the difference between a stupid lie and a serious lie, so you don’t stress our nonsense. Secondly, you know that many times we try to avoid an argument that will lead to more frustration (as outlined above), or we try to protect your feelings. Women can and will get bent out of shape over little stuff. Men recognize this and will embellish a bit just to keep the peace. Our parents did it to us, friends do it, we all do it until you say “be honest”, “keep it real” or “I won’t get mad”. Then it’s all downhill, I think.

Totally get that friends are forever. Women need their girl time too. But the extent to which men extol their bromances over romances can be quite irritating. We tolerate it because when men finally realize that their friends won’t keep them warm at night, harmony is reached. Plus, when all the friends come together it really takes friendship to another level. Men just have to make sure their friends respect their girl just as much as they do.

Agreed. I will say though that a man’s friends are cherished for life because they will be there regardless. If you two don’t work out, that same friend will be there, so there’s something to be said for striking the proper balance. Men should NEVER neglect a GIRLFRIEND for their real friends and vice versa. If y’all just f*ckin / light dating / having sex on-demand, then don’t expect to be that high on the totem poll. There’s levels to the type of friends you have and you have to recognize that accordingly.

Women also don’t understand why you’ll hold certain friends down till the end, will lie for them, bail them out, and hold them in the highest regard. Well, we don’t understand a lot about you, so just rock with this, OK?

Fellas, I didn’t know we were such headaches to our female counterparts! Trust when I say I could’ve made this a list of 20, but I wanted to be fair (to MEN) and keep it at five.

We all have friends, loved ones, and significant others that do dumb shit that pisses us off to no avail. However, since we care about you, it’s forgiven. “Man, you was who you was ‘fore you got here,” so we take you as is with hopes that you’ll make attempts to correct the little annoying things. Remember that it could always be worse. I’m allergic to drama, as are most of you, so appreciate your friends of the opposite sex that have minor annoying qualities but major value to your life.

As promised, here are 20 more things men do that annoy women sent in by YOU the readers:

1. Double book yourself. You know we have plans yet you forgot you had this “other” thing.

2. Answering calls or talking on the phone during quality or chillin’ time.

4. Updating your social media before hitting me back.

5. Not paying attention to the “little things” or not reading in between the lines.

6. Not switching it up during sex…in other words, having the same type of sex every time.

11. Continuing the same behavior or not changing the behavior we had 1,2,3,4,5,6 talks about but then annoyed that we have so many talks.

13. Flipping it during arguments or disagreements when you are in the wrong.

14. Not putting thoughts into our plans and leaving the decisions up to me.

16. Not Texting or calling back quickly enough.

17. Not asking about my day even after I let you vent about yours.

18. Not saying Thank you or Please.

19. Letting too much time pass in between us seeing each other.

tags: Dating Men Relationships things men do Women
previous Heathen Life: 5 Things to Consider Before You Move in With Her
next Can You Sleep With Someone Else While On A Break?