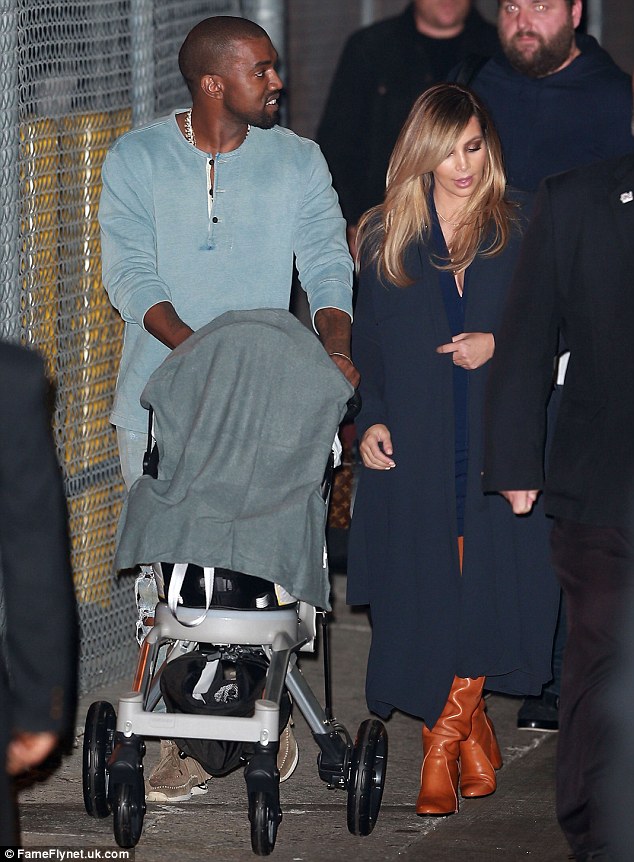 I was on my way to bed when I scrolled through my timeline and saw that it was almost time for Kanye West to appear on the Jimmy Kimmel Show. For those of you who don’t know a few weeks ago, Kimmel did a Kanye West spoof and Kanye West went ballistic. You can check that part of the saga here. He appeared last night on the Jimmy Kimmel Show to clear the air and then went into one of the most epic rants about society, fashion, music, being a genius and why Kim Kardashian deserves a star in Hollywood. I pulled an article from Necole Bitchie this morning that h as the best quotes from Kanye’s sit down with Jimmy Kimmel, check it out below.

“I wouldn’t say I’m a rap artist, I’m more of a messenger, than a rapper, so when you say rap beef it kind of undermines it.”

“They said something about they not going to put my girl on the Walk of Fame because she’s a reality star. It’s like people are so dated in that modern. There is no way Kim Kardashian shouldn’t have a star on the Walk of Fame. It’s ridiculous concepts.”

“My grandfather loved Ali til he died and my grandmother hated Ali. So ya gonna love me, or ya gonna hate me but I’mma be me.”

“It’s not about racism anymore, it’s classism. Like Paula Deen, she was old school with it. They like, we don’t do it like that anymore, that’s racist. We classist now. Classism is when they try to say, ‘You’re a rapper…your girl is on a reality show so you’re not up here with us. We’re old money.’ It’s snobbery and I’m not into all that snobbery, seriously. All we want to do is to make awesome stuff. All we want is a real shot.’

“The way paparazzi talk to me and my family is disrespectful. We bring something of joy to the world. When people hear my music, they have a good time. And I should be respected as such when I walk down the street. Don’t ask me a question about something you saw in the tabloids. Don’t try to antagonize me cause you know what, it’s not safe for you in the zoo. Never think that I’m not from Chicago for one second…”

“You do help me get money, paparazzi. You show people how fresh my outfit is … that helps me influence people.”

The rest of this article including Necole Bitchie’s analysis of the sit down and the video from the complete video is available at NecoleBitchie.com. Check it out here.

See Also:  A Hater's Guide to the NCAA Football Championship Game
We would love to hear your reactions to the interview and what Kanye said. He said a lot, although hard to follow at some points I believe that if you were able to weed through the jungle you find the moment of truth. Let’s hear your thoughts and other comments on last night’s interview.