Street Harassment: Why are black men the main perpetrators? 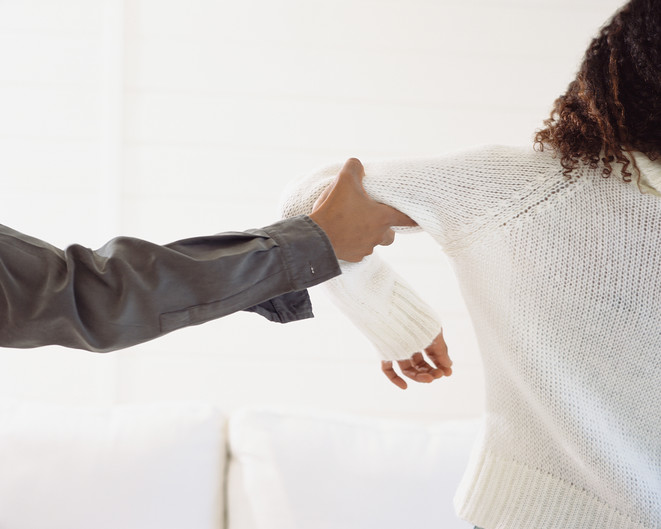 Lately, a plight that I was largely unfamiliar with has dominated the discussion of many blogs and news sites: street harassment. As a man, I figured I was simply unfamiliar with street harassment, because it is largely perpetrated by men towards women. It’s also an activity I have not and do not participate in myself. While I recognize it’s also morally wrong, I largely have and do abstain from the activity because it is highly ineffective when it comes to picking-up women.

In discussions with some of my female friends from my home state of Texas on the topic, I realized there was additional context to consider. For example, in order for street harassment to even occur, one’s primary point of contact has to take place on the street. In Texas – and many large metropolitan areas – the primary means of transportation and contact between members of the opposite sex doesn’t occur on the street. Stated differently, you are more likely to travel to work, play, and everywhere in between by foot in many large, eastern cities than you are in many large, southern cities. Therefore, this isn’t to say that southern men or any more gentlemen-like or less likely to harass women on the street than men from the north east, but they are less likely to even have the opportunity to do so.

That said, regardless of whether the harassment occurs on the street or elsewhere, many women did seem to agree the perpetrators of such actions typically have a few traits in common. They tended be male, young, and black. Since I’m a (relatively) young, black, male, this intrigued me.

Most women I spoke with were careful to say that it was not only black men that had harassed them or generally tried to pursue them in less than respectful manner in their lifetimes, but they were clear to point out that if disrespect or harassment did occur, it was far more likely to occur at the hands (or mouths) of black men.

A recent Salon.com article, The Worst Thing A Man Can Do, and a commenter on a fellow SBM writer’s post, Cat Calling Pick Up Lines: Is ‘Street Harassment’ Ever Acceptable? seem to support this sentiment. Further, the victims of the harassment were not limited to black women. In fact, a white woman named Jessie shared her firsthand experience with this particular issue in the comments section of the aforementioned post:

Perhaps it isn’t my place to speak on this thread, but this is something that has been an issue for me since I moved to Boston 4 years ago.

I am a white female in my early twenties. I dress eccentrically, to say the least, have noticeable facial piercings and usually unnaturally colored hair. This is an extremely popular style of both men and women at my college and in my social circles.

Now trust me, at a party with a couple beers in him, there are absolutely guys, regardless of race, in my social circles that harass me and believe I owe them flirty banter and sex. No question, it happens regularly, and has nothing to do with my “beauty” or “attractiveness”, I’m aware.

However, the only time I am ever cat called or inappropriately complimented by a stranger on the street, it is by a black male. I will not comment on why, because I don’t fucking know. I am sure my statement sounds incredibly racist, and please, please, correct me and call me out if you find it offensive and ignorant- but it is a fact. Almost all of my street encounters have been with black males.

Once, it was almost sweet. I was standing on a busy street during day time hours waiting for a friend, and the man complimented me on my outfit, and continued walking. A few moments later he turned around and asked if I was single. He was very polite, and perhaps if I was single I would have interacted with him, but I was not at the time and told him so, and he continued on his way. The attention was unwelcome and a little disruptive of the time I was spending on my phone, but polite, honest, and he left when I gave the signal.

Once, late at night on a slightly deserted street, a man on a bike passing me on the side walk said, “Hey, beautiful,” and kept going, only to turn around moments later to start asking me for my number, and where I was going, and followed beside me for a few minutes on his bike. This was far more intrusive to me, slightly frightening, and I was weary that he was asking personal and private questions.

Even when I am single and feeling a bit lonely, this attention, even the attention from the polite man I first mentioned, is not okay, and makes me feel uncomfortable and violated. I do not dress myself or do my hair expecting compliments on my way to run errands- I honestly just want to be left alone. Passing compliments are nice I guess, but still inappropriate and honestly do nothing for my self esteem, if that is the harassers aim.

The race issue here is beyond me, I don’t feel I have a place to say much on that topic as a white person. But the issue that street harassment seems to be more popular among black males is the problem that has directly affected almost every day of my life in Boston.

As I noted above, it appears street harassment may be as geographically specific as it is culturally specific; however, regardless of when and where it occurs, it seems black men are the primary contributors. But, why?

Many of us are familiar with the harassment women receive at the hands of construction workers. It’s almost as if many construction workers assume or embrace this stereotype. Nevertheless, in many large cities, women are as or more likely to pass by young black men than they are construction workers. Some of these men are comfortable enough to take it upon themselves to harass these women – even if it is up to the perception of the individual woman to define what she considers harassment versus a misplaced and often failed attempt at a pick-up by the man. To be clear, I am not saying that men of other races and ethnicities do not perpetrate unwanted, unwarranted, or outright malicious acts towards women – often women who resemble their own race and ethnicity; however, specific to the issue of street harassment in America, why are so many perpetrators black men?

If I knew the exact answer, I would provide one, but I do not. Yet, I think the issue is bigger than blaming rap music, even if it is a convenient scapegoat and does likely have a role in contributing to the problem.

Is street harassment cultural or geographic: is it an issue you face (or hear about) in your City? Are the majority of the perpetrators young black men? If yes, why do you feel young black men – or men of any race – are comfortable harassing women on the street (or anywhere)?

tags: black men black women Street Harassment
previous How to Be A Good Housewife in 10 Easy Steps [WikiHow]
next SBM Sports - Three Reasons the Miami Heat Will Not Three Peat