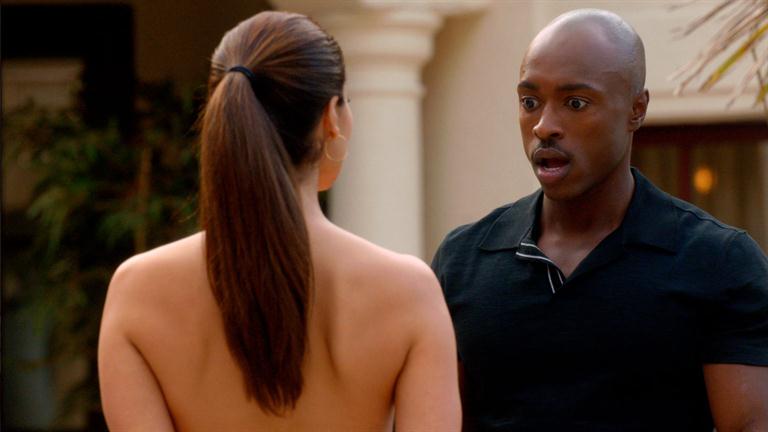 About three years ago, I penned a piece on SBM titled, Are Black Men Obsessed with Latinas? Since today effectively ends Hispanic Heritage Month, I thought I would post it again with some thoughts three years removed. I want to note that since 2010, I really haven’t done any articles about Latinas because I thought it basically just fell on deaf ears. This site lost Latino/a readers because… well you know how us Black people can be at times. I’m going to post the piece in its entirety and then provide commentary. Keep in mind that a lot has changed since then, but a lot hasn’t. I hope you guys enjoy the post, Are Black Men Obsessed with Latinas?

Have you ever noticed that when the bell rings for recess every kid runs out to the playground to play on their favorite playground equipment?  One kid goes to his locker and pulls out his brand new basketball.  And when he walks on the playground, every one of his classmates gravitates towards him and his new basketball.  It’s almost like they forgot about the kickball or the dodge ball, and the slide is now a thing of the past, it’s time to play basketball.

This was a bad example. I think a more appropriate point would be that overall interracial hasn’t been an option for much of our history. Most people stay to themselves. I believe that Latinas are now accessible to Black men and that leads to the propensity for them to date them. However, keep in mind that just because you have access to something new does not mean you are predisposed to partake. (Example: I’m not on Instagram.)

Ever get the feeling that Black men are the same way with Latinas?  They seem to drop Black women like an old kickball and move onto the new shiny thing they see.  I think the short answer to the question, Are Black Men Obsessed with Latinas is, yes.  However, speaking of myself personally, I don’t think I am.  I find all types of women attractive.  I’ve dated women from all around the world.  I’ve personally said to my friends, “I really don’t think Black women like me.”  I believe that people typically will date the people in their environment.  And unless you want to mash it up every weekend, your dating pool is Black women, Latinas, a couple of white women, and an occasional Asian chick.  The last Asian chick I dated was bat sh*t, and I find a lot of white women who only date Black men in clubs now-a-days.  That just freaks me out.

I should have never said, “I really don’t think Black women like me.” That was stupid and not really what I meant. Actually no, that’s what I meant at that time but in the last three years I think that’s changed. I’m not sure if that’s a reflection of me or just that as Black men and women mature they want different things. I think that characteristics that I have always had are just more attractive at this age than they were three years ago.

I think that some Black men are obsessed with Latinas though.  I think stereotypes about long hair, long real hair, and lighter skin do exist.  People believe that having kids with Latin women will produce better looking kids.  However, this surely goes both ways.  Sisters would be lying if they didn’t admit that for like a cool 15 years they were checking for Al B. Sure.  I think that most men who are obsessed with Latinas for their looks will soon find out that they come in so many different forms, you’re likely to find that Latinas look just like Black women.  I remember as a child I would just get so tickled at, “it was dry and straight, now it’s wet and curly!”  I still find this amusing today over 20 years later.  However, it’s still a dumb reason to be obsessed with Latinas because not all of them have curly hair.

I still agree with this.

Some Black men are obsessed with Latinas because of the language.  Some people find Spanish, Italian or Portuguese to be a more romantic language.  However, this has nothing to do with Latinas, I think it’s just that it’s in a different language.  If you were dating a girl who spoke Mandarin Chinese and she just went into a rant during coital activities, you would get turned on.  I am not sure of the fascination with someone who has an accent, it can be sexy, but I think communication is important to me, it’s more important that I understand what you’re talking about.  I’ve never been one to say, “Oh that’s so cute you can’t say “museum”.”  That just seems stupid to me.

Black men tend to think that Latinas are more submissive.  Black women and Latinas listen up, men always think things are greener on the other side.  Black women need to own up to their street cred though, men, all men, Blacks and others think that Black women have an attitude problem.  A lot of men choose to date outside the race because they just can’t deal with that attitude.  If you go back to that prior statement I made about Black women not liking me, it’s because to be honest with you, I’m not backing down.  If you tell me something that I don’t agree with, I will not be suckered into a confession.  Black people we have to be honest, we are confrontational people, we are in your face.  However … so are Latinas, women are women, they are all a little crazy, they all are a little too emotional, and they all want what they want.  The bossiest girlfriend I’ve ever had was a Latina.

Sometime in the last three years, I stopped saying that Black women have an attitude problem and concluded that they are just defensive. In addition to being defensive, they have a right to be, they’re always being attacked both internally and externally.

Black men tend to think that Latinas are more catering to their men.  This ish is just false.  I’ll explain.  Why do Latinas serve their men?  Because that’s how they were raised.  If you meet a Latina who was not raised to serve men, guess what happens?  You ain’t getting a Corona until the Bills win the Super Bowl.  You can meet several Black women who were raised in homes where the men were catered to and they will do the same thing.  What you should do is check and see how she was raised before making a decision about who you want to date.

I agree with this too. With a strong focus on, “What you should do is check and see how she was raised before making a decision about who you want to date.”

I’m getting ready to step into some stinking poo as I try and close this out.  So do Black men put up with a Latina’s crap before they will a Black woman’s?  This is a good point.  If you will let a Latina do it to you, but you don’t let Black women do it, chances are, you have some type of issue.  I have had to check myself before and be honest with myself, taking that pin out of her hair and her long black hair flowing all over her back while in the reverse cowboy position just isn’t worth it when she cusses me out right after.  A lazy woman is a lazy woman is a useless woman.  Having your Latina laid up in the house all the time, not doing anything, is not doing anything for you.  I need to know that if I go to the trunk to get my 45, my Butter Pecan Puerto Rican is going to get the switchblade too.  We have to work together.

I just realized I never answered the question. I don’t think they do to be honest. I think the first time you date a girl, you’ll let her walk all over you. After that first time, you get past that and you never revert. This has not a thing to do with race. I’m sure that some men have put their heart on their sleeve for a Black woman and got burned and became wiser for it. If anything, it’s that people are just more inclined to let pretty women get away with just about anything, like I stated in this post.

So I put it all on the table, I’m interested to hear your thoughts.  Do you think Black Men are Obsessed with Latinas?  I’d like to hear from Latinas on this one too.  Damn I wish we still had Migente so I could post this on my page.

Three years later, i’m going to say that I still agree with this post for the most part. I don’t think that much has changed in my opinions past what I’ve decided to share with you today. I still agree with about 85% of this post. To be clear, the answer for me was NO. I think that got missed in the original post. If you’d like, you can view the comments from the original post here.

I believe that we cycle readers every few months so I’m sure we have a bunch of new readers with thoughts on an old topic. I’m asking today the same question from before, do you all think Black men are obsessed with Latinas? If so, why? And if not, what leads you to believe that?