Home Hot Topics 10 Questions Based on Kenan Thompson’s Comments About Black Women in Comedy
Hot Topics
Other Stuff We Like
October 16, 2013 Rich 31 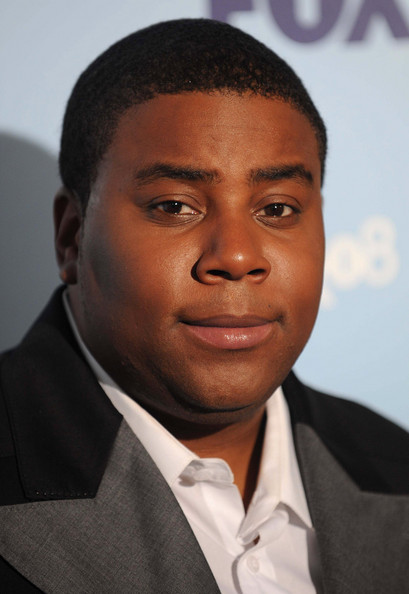 So yesterday there was a firestorm about Kenan Thompson saying there isn’t a Black woman on SNL because there hasn’t been one good enough to make it. As you can imagine, this sent the internet into a frenzy. Some commenting on how he isn’t funny enough to have this perspective. Others saying SNL needs to take greater measures to find a “woman of color.” In watching all the dialogue fly back and forth, I had a bunch of questions come to mind. I’ll add a caveat here because I know how easily things can go left. I’m not as interested in discussing why his comments were wrong as I am what some of this means in the bigger picture. Anyone notable could’ve made these comments and the results would have been similar. Nonetheless, here are my questions in no particular order.

1. Do we need to be a part of everything?

Because a show is popular, I don’t think that means we have to be on it. Doesn’t matter who the president or First Lady is. Shows like Seinfeld and Friends were immensely successful and I don’t think they needed a Black person to enhance what was already there. We saw similar complaints about Girls and the lack of Black people. I had questions about that outrage too. Of course SNL is a different format. but still.

It always feels like we don’t care about being a part of something until it becomes knowledge we’re not a part of something. This may seem obvious, but if it were so crucial, we’d be proactively pushing for it. This isn’t new news. Had Kenan not made his comments, would we still be discussing the cast of SNL? Probably not.

3. What if the person of color was anything but Black, would we still be “causing awareness?”

Maybe it’s the part of the internet I dwell in, but when I see people talking about a person of color, they usually mean someone black. What if SNL brought on an Indian or Dominican woman? How about Asian? Would we still be raising awareness of the issue then? Diversity doesn’t just mean two colors.

4. How many of us are really tuning into SNL on a weekly basis? If one Black was added to the cast and no other changes were made to the show, would you stay up or go home to watch?

I don’t watch the show regularly. I don’t find it funny and I’m usually doing something else when it comes on. If I do tune in, it’s to see the special guest/host. I’m curious if adding a Black woman would be enough to get thousands or millions of us to tune in regularly, assuming everything else about the show remains the same.

5. In its current state, how many Black people do you think are aspiring or pushing to be on SNL? Of those people, how many have you heard anything significant about to make a serious case why they should be on the show?

I’m not a comedian nor an expert on the comedian scene. But I have to wonder, how many Black people wanna be a part of the SNL product as it is today? And of those people, how many of them are in the top tier of sketch comedy performers? Now think about all the other people that are trying out or being called for the show.

I think of this another way too. I’ve worked in HR and recruiting for 5+ years. I’ve also worked in several environments where I was one of the only Black people there. The companies expressed interest in hiring more of my ilk, but when you looked at the candidate pool…well, or when I looked at the candidate pool and interviewed people, it was difficult to move some folks forward because they just weren’t the best of the bunch. I wonder if something similar is happening here? Are the people that would be best for the show simply not trying to be on it?

6. Are Black people more interested in doing their own thing or being part of someone else’s thing where we aren’t even the target demographic?

Of the comedians and creatives I do know and follow, most appear to be interested in doing their own thing. They have websites, YouTube series, and clear desires of having their own show get picked up. So if many of the most talented and connected Black folks wanna go a different direction, wouldn’t that impact the talent pool trying to be on a show like SNL?

7. Do you really think it’d be progress if SNL set aside a slot specifically for a Black woman?

This question is based off of some of the dialogue I saw. My answer? I don’t. In fact, that could quickly become a token slot. And since when has being the token been viewed as a good thing?

8. Do you think it would put a tremendous amount of pressure on whoever filled that spot to not fuck it up for the rest of us?

While it would be a career accomplishment, we all know there’d be extra eyes on this person to prove they were the right choice. That’s business as usual for many of us, self-included. Though I imagine it’s magnified on national tv.

9. After considering the previous question, do you think the number of Black women trying to be on SNL is lower than you initially thought?

Not everyone wants that pressure — further reducing the available talent pool. This isn’t to say people aren’t up to the task. It’s just something to consider.

10. Do you think SNL should go the extra mile specifically to find a woman of color if the ones that audition don’t make the cut?

I’m pretty sure they have scouts checking out the comedy scene. I could be wrong, but I doubt it. I also have to wonder if we’re in the right places and know the right people to be seen and considered? But again, I wanna know how many of us are really trying to get there? And how far should a show go beyond normal protocol to identify Black women or any people of color?

These are some of the questions I have and some of my initial answers…which in some cases are more questions. What do you think about this topic? Any thoughts on the questions above? What questions do you have?