Home Featured Is He Really Over His Ex?
Featured
October 18, 2013 SBM Staff 5

Is He Really Over His Ex? 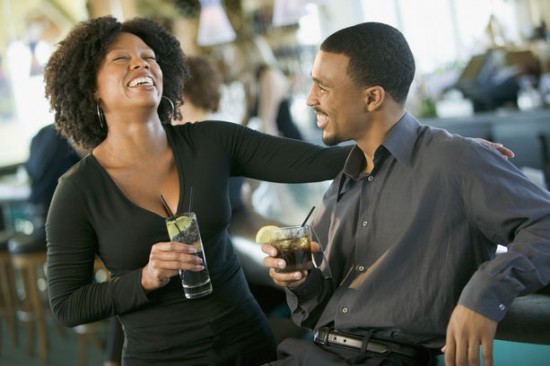 You guys have been dating for awhile and things seem to be going just fine, but in the back of your mind you can’t really tell if he’s over his ex. Well these are few things to look out for in regards to dating ‘that’ guy:

Do you ever get the feeling that there are three people in your relationship – you, your guy and his ex? Does he still talk or email with her often? Or maybe he holds an unhealthy grudge, or seems preoccupied with what she’s doing now? If any of these scenarios sound familiar, it may mean that he hasn’t completely let go yet. How can you tell if he’s not really over his ex? Tina B. Tessina, PhD, psychotherapist and author of Money, Sex and Kids: Stop Fighting About the Three Things That Can Ruin Your Marriage offers five warning signs:

1. He wasted no time before jumping into his next relationship. If you started dating this guy shortly after his latest breakup, there’s a good chance he’s not completely over his ex – no matter what he says. “There are hopes and dreams we have when we get into a relationship that we lose when we lose that relationship,” says Tessina. “It takes some time [to get over those things].” She points out that men often avoid the grieving process that follows a breakup, even though it can be instrumental in helping them assess the relationship and move on. “You want to be sure he can talk about it – that he can analyze it a little bit, and can say what went wrong and what went right and what part he played in what went wrong.” But even if he isn’t quite there, it doesn’t mean your relationship is doomed. As Tessina explains, “It just means you need to understand that he still has some processing to do, and he’s probably going to do some of it with you.”

2. He fell for you before his relationship ended. These are men like John Edwards and Tiger Woods, who tell you their previous relationships are over or broken, but they still go home to their wives or girlfriends. It sounds obvious, but these guys are bad news. “It doesn’t matter if he says the relationship is bad,” Tessina says. “He has a cheating mentality.” And if he cheats on her, he probably wouldn’t have a problem with cheating on you. Even if he does eventually leave his wife or girlfriend – a very big if, by the way — and you’re willing to give it a go with this guy, he literally hasn’t had any time on his own to process the demise of that previous relationship so you could run into the same problems as in #1, above. Bottom line: This is probably not someone you want to be with.

[Read the other three signs here]

See Also:  Starting a Business with Your Spouse

tags: about her black ex guy over thinking
previous Find Your Ride Or Die: A Letter To All Ladies
next 5 Unrealistic Expectations Men Have of Women