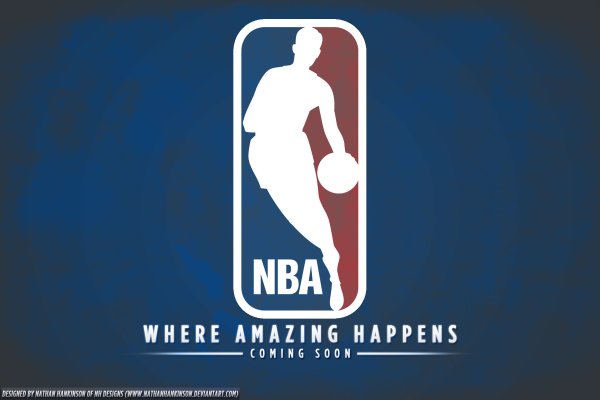 I know I promised you an NBA Finals prediction this week, but I had to call an audible. Longtime friend and basketball fan, Fabian McNally (@FabianMcNally on Twitter) and I spoke about a few NBA-related topics heading into the upcoming season. The conversation built until we decided to write down our thoughts, thus creating the official NBA season preview. We’re just a little longwinded, so catch part two next week. Here are our predictions for MVP and biggest surprise of the upcoming season:

Fabian – If the MVP was simply the Player Who Played the Best This Year Award (a movement I’m 100% behind) this would be much simpler, but it’s not. Generally speaking the MVP is going to go to the player perceived as best (re: scores the most points, unless a point guard) on a team that wins 50+ games, the more wins the better. So, the MVP is going to come from one of the following teams: Miami, Brooklyn, Indiana, New York, Chicago, Oklahoma City, San Antonio, Houston, Memphis, Los Angeles Not The Lakers.

No MVP for Melo because his numbers will always pale compared to KD or LeBron’s and both of their teams will likely have better records. The MVP won’t come from Houston because the media hates Dwight, and given how hard it was for Kobe to finally win one, I don’t see Harden getting one at this point. The Nets and Spurs have too much age and depth for any one player to be a realistic contender. It could be Derrick Rose, but (a) Thibodeau could/should be going easy on his minutes this year and (b) last time he won…well…it was embarrassing for everyone involved. 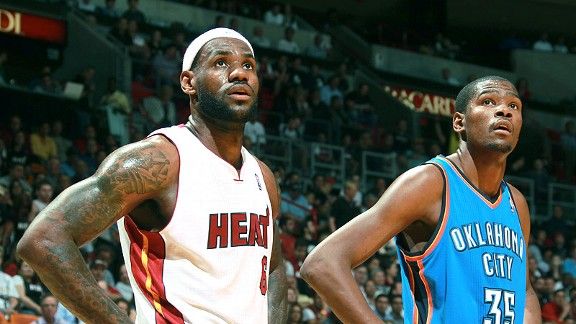 That leaves us with LeBron and Durant, once again, as the only real candidates. After finishing second to LeBron 3 of the last 4 years this is the year Durant finally wins one and here’s why: (a) He’s really, really, really good…not as good as LeBron, but he’s probably going to play more minutes and may end up generating more value (b) Westbrook is out which means more touches for Durant (yay Durant’s Stats) (c) Westbrook is out during a weak part of the schedule as the Thunder have 9 of their first 15 games at home and of the 6 road games, 4 are against lottery teams from last season (yay Team On His Back Fantasy Points).

Joe – Completely agree. Durant wins it. Only reasons I’d add are Media Fatigue and the Shadow of Jordan.

I think the media members who vote for the MVP like looking for a sexy story over picking the best player in the league. Selecting LeBron for the fifth time in six seasons won’t have the same sizzle. Especially if Miami throttles down during the regular season (understandable after three straight runs to the Finals), and especially if it means handing LeBron an achievement that Michael Jordan could never claim. Jordan won five MVPs, but not in such a small window.

It means something to the old guard  media guys to hold off on elevating LeBron to that level.

Biggest Surprise of the Season:

Fabian – The Pelicans make the playoffs.

I know better than to get wrapped up in preseason performance…but the Pelicans are UNDEFEATED. In fact, if you ignore the ’12-’13 NBA season, and start from Fall 2011 teams featuring Anthony Davis are 51-2 across NCAA, Olympic and NBA Preseason competition. The Brow is just a winner. 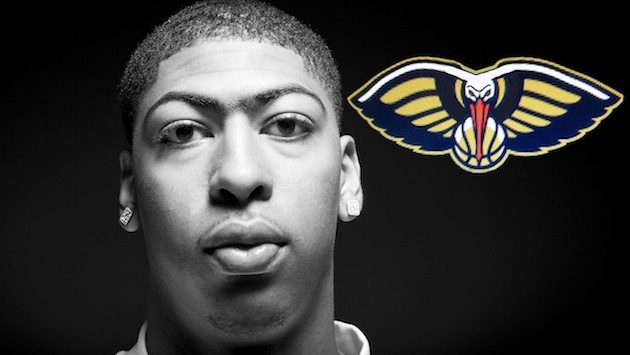 This is going to be a playoff team. Trust me.

Joe – I hope you’re right. I’m rooting for Anthony Davis and his unibrow. I also think he’ll be a star.

As far as my biggest surprise…and this kills me…I’m betting on the Thunder to stall out in the second round again this year.

I adopted the Thunder a few years ago while my Pistons were mired in uninteresting mediocrity (they are just mediocre now…but not boring!). They built a title contender with three under-25 All Stars, and great supporting parts.

Sadly, these guys are not those guys.

They kept Scotty Brooks, architect of the least imaginative offense in the league. Russell Westbrook is recovering from a setback after his meniscus surgery. The team gambled that Serge Ibaka could make a leap in production…and lost. They are counting on that same leap from Reggie Jackson (reasonable) and Jeremy Lamb (doubtful).

Add it together, and you have a team with holes masquerading as a true contender.

Of course all teams have flaws, so the Thunder could exploit playoff matchups to advance, but we saw what a Durant-dominant Thunder looks like last year. Amazing stats for KD (possibly MVP-level as you mentioned), but diminished team success.

That’s it for part one of our season preview. Who do you have taking the MVP this year? What will happen that will go against conventional thinking? Hit the comments and let us know!