Home Featured The House, The Boat, The Car: What Would You Be Willing to Have Sex For?
Featured
Sex
October 28, 2013 Ahyiana Angel 68

The House, The Boat, The Car: What Would You Be Willing to Have Sex For? 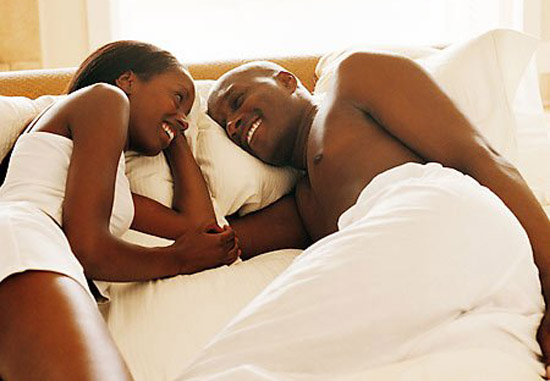 Most of us say that we wouldn’t have sex in exchange for money or material things. Your first thought may be: I’m not that type of woman/man, that’s reserved for a hoe, a prostitute, or a gigolo. Many of us look upon the lifestyle of money in exchange for sexual favors with a judgmental eye. There is a failure to understand how someone could allow a stranger to use their body as a playground in exchange for money, designer clothes, or other possessions of value. However, sometimes it’s just not presented like that. It’s an opportunity, and you take it. Everyone is trying to get ahead and they will use what they have to get what they want, like Ronnie from The Players Club.

Does it make it any better if you know the person? Maybe you have an established relationship. For example, he could be a professional athlete and he gives you hush money. That money allows you to keep up with the latest trends and stunt on your friends but are you compromising yourself in the process? It may seem to some that the older more established profession of trading money for sex is just the more straightforward way.

Now envision this scenario. You’re sitting at the rooftop bar of a W Hotel, sipping on a perfect Manhattan, and staring at the city’s skyline when a dapper man in a black tailored suit approaches. You sneak a peak out the corner of your eye.  He rubs his freshly trimmed beard and takes the seat next to you. Realizing that he may be invading your space, he apologizes and asks if the seat is taken. You confirm that it is not. He instructs the bartender to supply you with the cocktail of your choice for the remainder of the evening, in light of his initial rude oversight. A sexy smile is plastered on your face. You’re flattered by his kind gesture and the conversation begins. After you have the chance to properly size him up, you conclude that he is handsome.  Three drinks in and you are intrigued. The gentleman extends his hand, softly grabs your manicured fingers and raises them to his lips for a kiss. After the polite gesture he looks into your eyes and asks, “What would it take for you to be mine for the night?”

You pause searching for clarity. Then, he speaks again, “Name it and it’s yours. Money, a car, or maybe one of those penthouse apartments in the distance.”

You’ve just been propositioned. If you were given a proposition of this nature what would you do? You’re single and alone at a bar. Who has to know? Think of the things that you can do with a little extra cash or a new apartment.

Can you put a price tag on your goods? If so, do you name your price or do you walk away? Keep in mind that many of us have slept with people offering much less. Just stating facts.

Like it or not, at some point or another, most of us have had sex or done sexual favors with the expectation of something tangible in return. Or maybe you’ve slept with someone because they wined and dined your panties off. Does that make you just as bad as the hoe at the motel sleeping with men for money? Either way, it seems as though we are all playing the same quid pro quo game, maybe just on different levels. So many of us think that we would not compromise ourselves but we do. It’s just disguised in different scenarios.

Have you ever had sex in exchange for something of value to you? No shade or shame here, we’re just being real.

tags: boats cars Dating money sex
previous Lessons Learned from One Night Stands
next 10 Things Insecure Men Do That We All Hate