10 Things Insecure Men Do That We All Hate 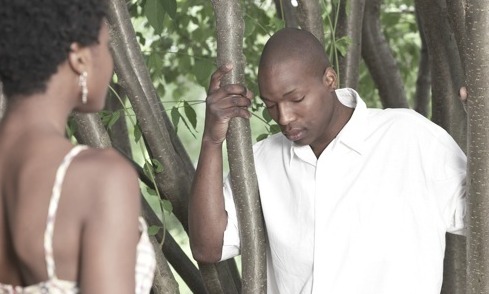 Here’s a list of 10 things insecure men do that we all hate:

1. See that you looked in the vicinity of their significant other, prompting them to grab hold of that person tightly and be overly affectionate. Perhaps this is like a territory mark for people worried that someone else making eye contact with their girlfriend is a challenge to a duel for her affection.

2. Make fun of Drake’s music, but secretly listen to it and find the feelings & emotions relatable. If you see a guy constantly referring to Drake & his music as “soft” and “corny,” realize that there’s a reason he’s familiar enough with the lyrics to know what they’re about. Check his iPod, I guarantee at least 2 GBs of it is occupied by the smooth sounds of Aubrey Graham.

3. Angrily inquire about who that other guy you started following on social media is. “SO WHO IS THIS JACOB TOOL BAG, HUH? HOW DO YOU KNOW HIM? WHERE’S HE FROM? DO YOU THINK HE’S ATTRACTIVE?.. Oh… I see… So, uh, how long have y’all been cousins…?”

4.Talk to/have sex with as many partners as possible. Insecurity and constant talk/statistics of your hookups go hand in hand. What ever happened to I-don’t-kiss-and-tell? It often seems as if the attention seeking, insecure ones get off a second time by telling everyone about their sexcapades. Good for you, really, but unless there’s some hilarious or significant aspect to the story, you’re sharing it because you expect some type of kudos, fist bumps or round of applause.

See Also:  So When Is The Right Time To Share Social Media With Relationship Interests?

5. Attempt to shoot down their significant other’s dreams and goals because the thought of them doing something like going to school, making more money or having a great deal of success in their field is intimidating.

6. Constant hating on other guys for taking shirtless pictures. Look, who cares if a bro worked hard to get shredded abs and wants to share it with the world? Let him do his thing and drink his confidence boost shake with 50+ Insta-grams of protein in the form of likes. Never has a dude who was completely satisfied with his own body, cared that much about someone else posting theirs.

7.  Buy large trucks and rev the engines in crowded parking lots. Hey, I’m not comfortable with my penis size and in 7th grade Meghan Hernandez dumped me on my birthday, so I’m not sure anyone will ever love me, but listen to all this noise I’m making! Oh you want more? Just wait ’til I peel out of here. The squeal, the smoke — it’s gonna be so badass.

8. Disrespect and/or slander the name of any woman who dare reject them. If you hear a guy calling a particular girl a “bitch” or a “ho” chances are there’s a “✓ Seen 5:12pm” with no response from said lady in his Facebook inbox. Nothing makes the insecure saltier than being ignored, but sometimes a response isn’t better. I once had a friend of mine tell me she declined a strangers offer to fly her to visit him, to which she was berated with a bunch of explicit phrases, emphasizing how much of a “bitch” she was. Hey, guy — now not only are you insecure, your temper and Jekyll-Hide turn is terrifying.

See Also:  Baby, Can I Borrow Some Money?

9. Not make decisions. For example, invites like “Want to hang out and eat or watch movies or whatever? I don’t know, just if you feel like chillin’?” are asked instead of a firmer “Can I take you to dinner this Thursday?”

10. Kill the confidence of their partner, ideally making that person as self-conscious as they are. Often times they’ll put the cherry on top by being harsh and critical, openly vocalizing how obnoxious their significant other’s newfound self-consciousness is. Uh, you helped make them this way, fella. See, insecure guy’s goal is to drag you down, and then condemn you for having discomfort in the relationship.

tags: Dating Relationships things insecure men do
previous The House, The Boat, The Car: What Would You Be Willing to Have Sex For?
next Absence Makes Suspicion Grow Stronger