Cooperation: The Only Way Forward in Relationships 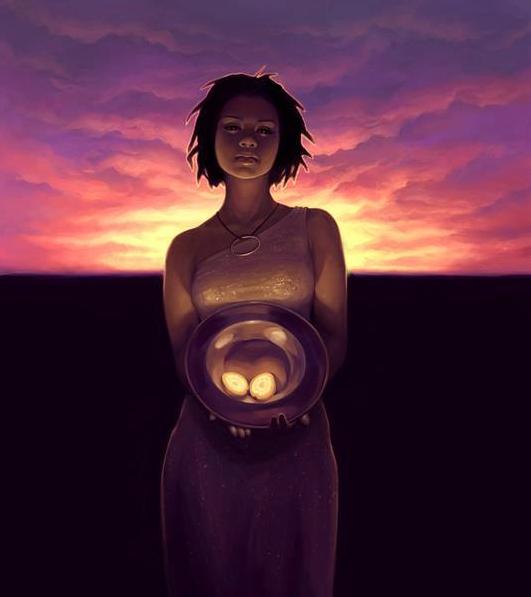 In the hundreds of ways in which men and women interact within a relationship, there are several elements that make it work. If you ask ten couples about the single most important element of their success, you might get seven different answers. But one quality in particular is a root cause of relationship success and failure. Cooperation – the practice of pooling efforts, resources, and decision-making for the collective objective – is a key component through which no relationship survives without. And in today’s individualistic society, it’s quickly becoming an extinct quality.

I learned firsthand about such teamwork in 2010. Fresh off a stellar 2009 in which I was awarded a Bachelor’s Degree and a firstborn son, I suddenly found myself confronted by the harsh reality of baby-mama drama, unemployment, mounting pressures and a rather impressive dependence on prescription painkillers. It all crashed shortly thereafter when I was evicted and spent two harrowing months living out of my car, in the dead of winter. But my girlfriend at the time was solid as steel, she elected to forgo her warm bed in her families’ home and squeeze into my Chrysler to endure the wretched ordeal in lockstep. In her mind, my pain was OUR pain, and she wouldn’t accept anything better for herself until our collective circumstance changed. And so we passed the nights, making love and drowning sorrows, until things gradually improved. Her devotion so moved me that my car and my strap are both named after her, a namesake for the greatest example of unflinching devotion that I’ve ever seen.

A constellation is much more impressive than a single star, yet everyone is still bent on individual shine. It is clearer now than ever that when left to our own devices, we fall apart. Nevertheless, we are rapidly losing the spirit of cooperation so necessary for healthy relationships to succeed. Men and women alike struggle to wrestle control from one another, competing instead of cooperating. Parents who are no longer together hesitate to share co-parenting duties with one another, limiting access and influence as if you’re their child also. Words like ‘submit’ and ‘obey’ evoke sour reactions in a society where everyone has become aspiring gods. And in the end, we sacrifice our progress on the altar of autonomy.

See Also:  What do YOU have to say?

People live with such a heightened suspicion of one another’s motives; it makes you not even want to try to earn their trust. It’s like you have to prove yourself AND exorcise the ghosts of negative experiences long past. Naturally, you want to protect yourself from those with ill intentions, but take care that you do not overcompensate and close yourself off from an opportunity that could change your life. Believe it or not, there are worse things that could happen to you in life than a failed attempt at love: such as never risking it.

One way to bring the teamwork back to our love is to only associate with people who’ve demonstrated consideration for your best interests. When someone seeks to assert their will over yours, you will naturally give resistance. But when you weigh their intent and find that it aligns with progression for you both, you are more apt to yield. Personally, I love a woman with the ability to see through me, the wisdom to know best, and the courage to tell the truth to me. It signals a willingness to risk hurt feelings for the overall objective of collective progression.

Align with those who show a willingness to bend for you, as well as stand firm on their beliefs. In doing so, you will respect them enough to do the same. It sounds easy, but you will only bend to people you respect. So take some time to explore what traits you respect. For some, they respect a person’s ability to generate and control wealth. Others admire a person’s ability to stick to their principles in the face of stress and adversity, or overcome extreme injustices in their lives. There are a million qualities to choose from; pick yours and begin to view people through those lenses. By doing so, you will see through false appearances that most people display, keying in on qualities that you hold in high regard.

See Also:  Men are Abstaining...from Marriage: 6 Reasons Why Men Should Not Get Married [Video]

The topic of control also skirts the larger issue of gender roles in relationships. I’ve noticed that people tend to latch onto a specific responsibility when speaking of gender roles- who is supposed to cook, clean, make the lion’s share of money, etc. When you narrow your thinking in this manner, you neglect the underlying truth that we each carry a masculine or feminine energy within us. Although we are equal, we are not identical; we must allow our partners to express the energy that they were born with. You will find that everyone you meet has a natural inclination: some want to be the protector, some want to bring peace and establish good vibes. You must first determine what your mate’s inclinations are, and then decide if you are comfortable and capable of accommodating it. It’s as simple as that.

With that said, understand that we are all in need of repair in some way. Stop eliminating people based on fixable flaws, because we all have them. You can only be so selective before you find yourself with no eligible suitors. At some point, you just have to be grateful that someone out there is willing to risk their emotional stability for you. I’m not advocating that you settle; you deserve the greatest love with the least sorrow you can find. But recognize that every endeavor will experience peaks and valleys–be it your career or your relationship. In reality, valleys are fertile places in which to grow and emerge stronger. The good teams work their way through it, turning dismal circumstances into opportunities to improve. No one knows that lesson more than I.

About the author: Jontae Grace is a 27 year old, single father of 1 son. His blog, “My $0.02″ can be found at http://jontaegrace.com, and he has a free app in the Google Play Store (search My $0.02). A graduate of the University of Oregon (Go Ducks!), his literary goal is to empower people to take control of their social and romantic relationships.

tags: Cooperation gender roles Peaks and Valleys Submission Teamwork
previous 10 Things Men Should Never Do in Front of Their Girlfriend
next 7 Things Men Need To Stop Doing To Women