Home Culture Be Honest, You Have Some Richie Incognito in You Too
Culture
Other Stuff We Like
Sports and Entertainment
November 5, 2013 Joe Sargent 7

Be Honest, You Have Some Richie Incognito in You Too 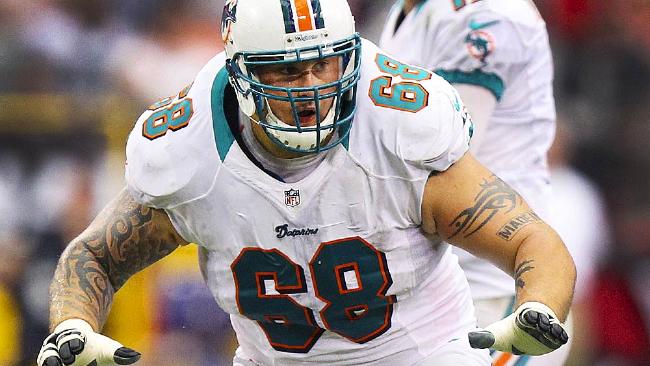 By now, even casual sports fans have read about the bullying incident with the Miami Dolphins. It’s a terrible situation that, as more details emerge, only seems to get worse.

In a nutshell, Richie Incognito, a lineman on the Dolphins, harassed his teammate, Jonathan Martin, with racial slurs and violent taunts over text, voicemail (NSFW language), and in person. The situation came to light after Incognito left a table with others just as Martin sat down at a team meal. Martin exploded, left the team facility and failed to report back for three days, then checked himself into a treatment facility. Further investigation yielded the taunting texts/voicemails, linked above.

For the trouble he caused, Incognito will be let go by the Dolphins; a move that lots of people are applauding online. As the story developed, the groundswell against Icognito built quickly with lots of people calling for his job. But the feeling I had seeing tweet after tweet of indignation was: “Doesn’t this happen on Twitter, like, everyday?”

And I mean every day.

I gave it some thought, and off the top of my head, I came up with the following examples of hypocritical treatment of people on Twitter:

–          Just about everyone Joe Budden responds to negatively

All of these people have had the infamous Twitter Gang flood their mentions with threats, turn them into memes, Storify them, or RT them with demeaning jokes. In other words: bullying.

I mean, the woman in the first link lost her real life job because strangers on the internet invited themselves into her life…in real life.

How many of you have kept the joke going, without much regard for the person on the other end of that @ mention? It’s like batting a beach ball at a concert.

I’m guilty as well. It’s easy to pile onto a joke for a quick laugh and e-high five before moving on with my day. This situation made me take a step back. Martin had courage enough to remove himself from a bully situation, file a formal complaint, and allow the existing protocols go into effect. Most don’t have a union at their disposal.

Maybe I’m getting soft in my old age (I am almost 30 after all). What about you? Are you ever a “Twitter Thug?” Ever regret it? Does the Dolphins situation make you think about your own RTing differently?