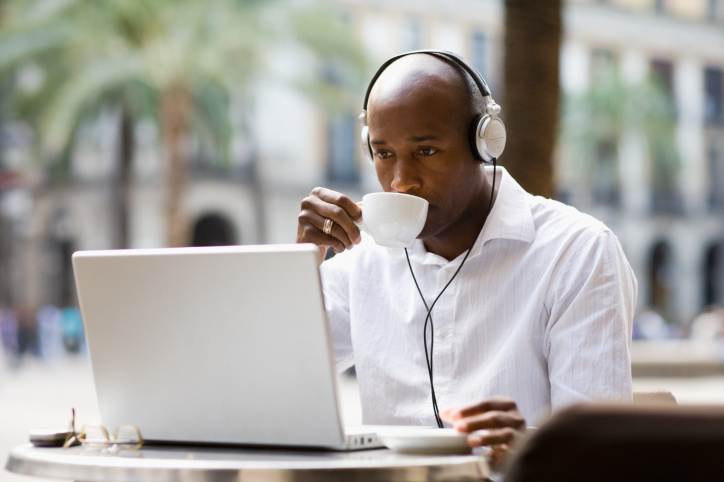 At dinner I shared a story with a friend about how being successful has its disadvantages to dating top notch women. Top notch being defined by men, not women, because we really don’t need the peanut gallery chiming in today. However, I shared this with her, “Do you remember that movie… I Think I Love My Wife? Yeah… look what happened to him trying to chase that woman around. He almost lost everything that made him successful and attractive to that woman. The real take away from that movie wasn’t so clear because most of us got so caught up in the ending. A wise man knows that movie teaches you a key lesson; marriage and success? Yes. Dating and success? Hell no.”

It’s easy to date, it’s easy to find someone who meets your requirements in a mate, but doing all that and also being able to be successful in all facets of your life is damn hard. Have you noticed that everything that we find attractive in a mate completely conflicts with something else we want in a mate? You want a guy who makes good money, but you also want him to spend money on a date. (Stop bullshitting, you want it. It’s okay to admit that you want it.) And how can a man save money to have money if he’s spending it? And this isn’t much different on the other side, women have the same problem too. We want a woman who looks good, goes to the gym, keep her hair, nails and toes in top notch shape. However, when we realize how time consuming all those tasks are to complete, we’re upset she doesn’t have unlimited time to spend with us… or she’s broke.

So then this happened…

“This is why I think we should go back to arranged marriages.”

Okay, maybe not, but let’s think about that for a second. If you take the courting phase out of relationships and you leave both parties to focus solely on making themselves better, they don’t have to worry about losing focus in order to date. As farfetched as arranged marriages sound, they got a damn good point.

I choose to be successful and I’m not shy in telling someone that about myself. I’m sure that on a Friday evening when faced with a decision of staying late at work to be a part of an important project or going on a date, I’m going to choose work. I’m sure that when faced with the decision of going on a vacation with my significant other or putting a couple grand into my investment account, I’m going to chose my investment account. Those are my priorities in life. And maybe I’ve taken the proverb, “You can lose a lot of money chasing women, but you can’t lose women chasing money” a little too far but that’s all I got. I haven’t seen an example of two people dating that is easy going and a seamless transition for the success of both. Sure they may both end up being successful but it’s never in conjunction with one another; it’s you go first and then I’ll go or vice versa.

And I know that bothers you and all but what else would you have me do?

Women say they want a man who is got himself together, but then they want a piece of his time. They’ll spend countless hours in a relationship discourse demanding a piece of his life. They’ll tell him that if she’s important to them that he’ll make sacrifices to have her in his life. Does anybody else find this concept extremely hard to follow? If not, it’s because you’re probably as confusing a person as this sense of logic is. Women will just have to come to grips with knowing that they can’t have it all…

As President of the We Will Never Ever… Never Ever Date Bassica Simpson Club, I will say that I refuse to lower my standards to the point where I’m willing to date and marry someone who is less than what I want just because they’re willing to accept getting less than what I really have to offer. Now before I mess up my own promotion that doesn’t mean that I don’t date. That’s not what I’m trying to get across to you. All I’m saying is it’s damn hard. It’s nearly impossible. You work ten hours a day, you try and spend a night with your significant other, it’s two people in the mirror instead of one and now you’re late for your 9AM meeting and your boss is giving you that, “I’m going to remember this come review time” look.

So about those arranged marriages…

Unless you gon’ do it.

tags: arranged marriages Dating it's complicated Marriage successful men
previous 9 Clear Signs a Guy Is Blowing You Off
next Why Players Are Really Just Insecure Men