Girlfriend Zero: The One That Ruined Him 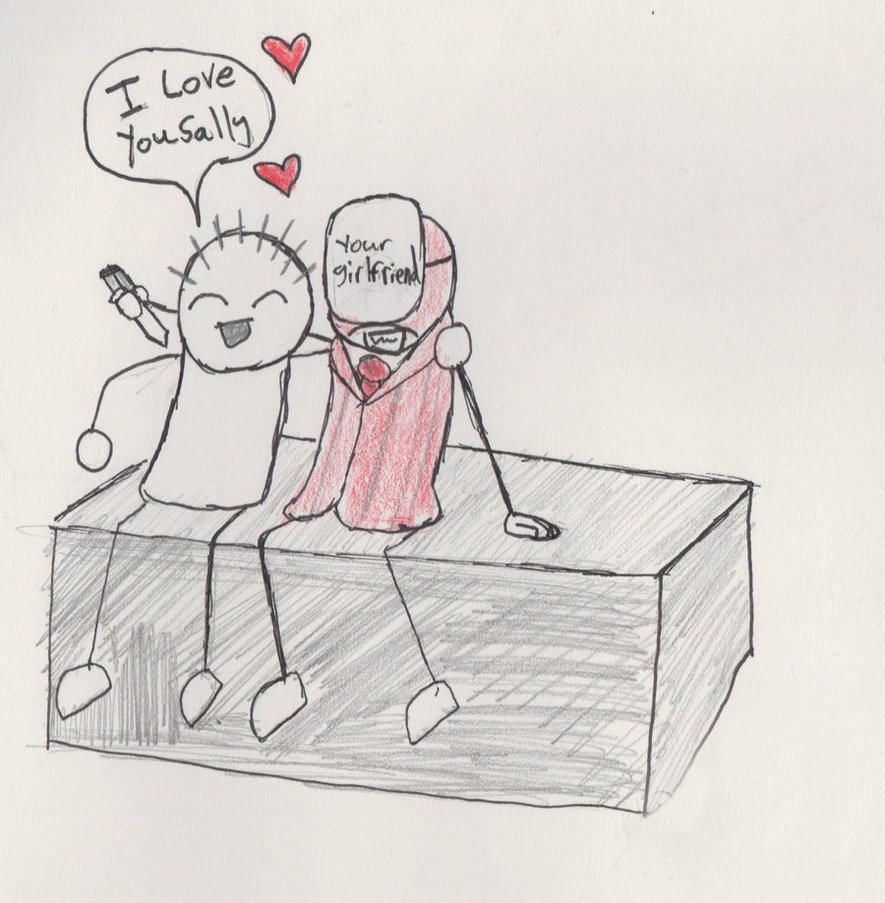 I admire women’s resilience in relationships. They are able to love hard and with all their heart, without much reserve or pause. When a dude rips that heart out of a woman’s chest, throws it on the floor, and Cat Daddy’s all over her emotions, she may be devastated, but she will love again. Yeah, she will be more cautious, and practice more due diligence when seeking a partner, but when she finds THAT man, she will dive head first into love with no regard for potential emotional distress. Here’s a fact that men may not want to admit: We handle breakups worse than women if we are treated wrong. It’s like we lose all hopes and dreams of happiness because we had one or a couple of bad experiences. Women have spoken to me about this phenomenon, and are bewildered at the notion that one woman could cause a man to completely flip the script on relationships. These women want to know #WhoHurtYou in your past. Well there is a term for this individual. A term I like to refer to as “Girlfriend Zero”

Girlfriend Zero is the index case, or primary women in a man’s dating history from which you can trace his angst and pessimism towards love. This was the girlfriend/lover/fwb who “ruined him” for other women. Show me a man who’s apathetic about relationships, and I will show you the reflection of a woman who did him dirty. Now you may ask what happened in the relationship that caused him to denounce all previous feelings towards relationships. What could be so serious that a man would turn his back on his future for what occurred in the past? Aren’t men supposed to be the more emotionally fortified of the sexes? These are all valid questions that I have asked myself and others. Rather than give a list or trivial response, I will walk through the effects of Girlfriend Zero on a man’s heart, mind, and soul, and attempt to provide clarity on this subject.

If you’re big on medical science (or you saw the movie Contagion), then you will be familiar with the term “Patient Zero”. Girlfriend Zero was the woman who whether we knew her for a day or a lifetime, fell perfectly into our fantasy of the perfect woman. She treated us with kindness and respect. She was beautiful, intelligent, charming, and had all the qualities the man wanted and more. Above all else, she was HONEST! No matter how many rappers or male friends/family members would tell him “Trust no woman,” she was the exception to the rule. She possessed integrity like no other, and he could never see G-Zero betray him. After careful analysis and self-consultation, the man will place Girlfriend Zero on “The Pedestal.”

What men won’t admit is that The Pedestal was originally reserved for our future wives. This imaginary pillar in our hearts was created by gods of a different era, to supplant our chosen woman on high ground, to be worshipped and adored. This was the spot where the woman who our mother’s would gush over in their imaginary hopes for a perfect daughter-in-law would reside. Our fantasies would become tangible reality, and she would manifest herself in physical form. We didn’t know when or where she appeared. Sometimes, as a kid, I think men just thought that we would get old and the wife would eventually just show up screaming Here I AM! Our emotions and perception of The Pedestal are infantile, and when we get more mature and experienced, we realize it’s not the Utopia we envisioned. No matter what we say or do, we’ll always find that one woman who we feel deserves to be in that spot. We may not promote her emotionally right away, but eventually it happens whether we are cognizant or not! Heavy is the head that wears the crown, and this coronation, this promotion, of Girlfriend Zero to one of the highest positions in a man’s emotional spectrum is a gift and a curse.

You see, the fall of Girlfriend Zero was foretold long ago. The great poets Sir Bell, Biv, and Devoe, warned men about the dangers of placing trust in a plump derriere and an inviting countenance. Those same friends and family who told him not to trust women also said that a woman will break his heart one day. Men always think we’re immune to heartbreak, until it occurs. They think that Girlfriend Zero won’t do these bad things because “it just feels right.” Men are guarded with their emotions, and it takes a LONG time for them to open up to a woman, but once you unlock that door, you have total access. This is what some refer to as “a man giving a woman his heart.” Emotionally, this occurs, and a man allows himself to be vulnerable. Then, after he’s dropped his guard, is when Girlfriend Zero always chooses to show her imperfections. The Event occurs, and the man’s perception on love and relationships changes for the foreseeable future.

The Event is a crossroads in the relationship with Girlfriend Zero, where the man is devastated. Maybe she cheated. Maybe she stole money from him. Maybe her personality was false and she revealed her true colors. No matter what the situation, to a man this is an egregious offense. When The Event happens, The Pedestal is reduced to ruins. His perception of the perfect woman for him is destroyed. His whole though process of what can/should happen in a relationship is flipped. Men can be naive. We expect that if we give a woman our heart, it can’t end in a f*cked up manner, especially if we are doing right by her! We tend to forget that for all of our “logic,” real life happens. No one is perfect. The Event doesn’t make Girlfriend Zero evil; it makes her the poster child for relationship reality.

The Event is a rude awakening. It’s our “Welcome to the NFL moment” for relationships. Once the event occurs, men will refute and despise all notions of love and relationships. The man will usually whore out whether implicitly or explicitly. He will glorify the player life and tout the benefits of being single while secretly resenting those individuals in working relationships. The man will think “why would he open up and give his heart again if there’s a chance it can be broken again?” It’s way easier to maintain a single lifestyle, where you have no cares but your own, and you don’t have to worry about a significant others feelings. Seriously, having sex with many women and dating multiple women gives men solace that they will find the next woman worthy of The Pedestal via process of elimination. We will mess with Mrs. Wrong as much as we can until the next Mrs. Right presents herself. Mrs. Right will get some type of raw deal, because she will find herself on a new pedestal. It may not be as high or grandiose as the old one, but what it lacks in aesthetics is fortified in substance.

See Also:  6 Questions To Ask on a First Date

With maturity comes the acceptance by men that, said plainly, sh*t happens. We will be hurt in relationships. There will be mistakes made. It’s how you react that will define you in the relationship. Yes, this Girlfriend Zero changed our perspective. Her griminess, her deceit, her imperfection, showed us the reality of the emotional world. While we may be damaged, it’s normal. It also bodes well for future mates, because they’ve seen the good and bad in relationship, and will use that experience to be better. All men have had a Girlfriend Zero, and have had to overcome her impact to lead meaningful lives with their significant others. She can ruin dudes for life, or teach them valuable lessons for the future. Let’s hope that men learn their lessons and move on, rather than utilize bad experiences like a crutch.