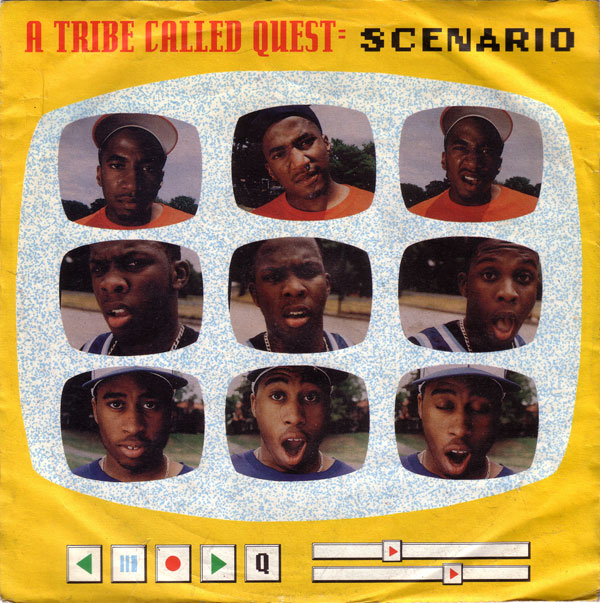 Earlier this week, I decided to do something I almost never do – let my music shuffle on my smartphone as I made my way to work. As I’m shuffling, not one, not two, but three classic, 90’s ‘posse cuts’ happened to play. This got me to thinking, whatever happened to the posse cut? Some of you 90’s babies may be reading this wondering “what the hell is a posse cut?” I’m glad you asked:

A posse cut is a Hip-Hop song by a group of 4 or more rappers who don’t normally rap together.

So, with all that said, let’s take a stroll down memory lane and check out my list of 15 posse cuts that remind me of the 90s.

Best line: Nas — “Queensbridge pay homage respect, Nas is vet, acknowledge the rep, niggas is this and that, I’m just the best.”

Honorable mention: Big Pun — I’ll appear in your dreams like Freddy do no kidding you, even if I stuttered I would still shh shh shit on you.”

Best line:  Sheikh Looch:”As I get roasted looking at Biggie posted on my wall, taking shots of Louis till I fall, nothing to lose, just load the clip up in the groove and kick rhymes to the poster, till I swear Big move.” (Sheikh spit the verse of HIS WHOLE ENTIRE LIFE).

Styles: “I’m about to have no feeling, shit is deep,”

Kiss: “Do they dance with the devil when they sleep?”

Styles: “I wake up gripping the air, wishing to hear,”

Kiss: “Shit that they kick in your ear, when your soul drift in the air.”

Styles: “My gift is half rotten when I spit it’s a tear, that shit’ll drop down my eye, I’m too tired to cry.”

(Editor’s note: Nobody does the in and out rapping better than Kiss and Styles).

Best Line: Keith Murray: “I represent intellectual violence, and leave your click holier than the 10 commandments.”

Honorable Mention: Prodigy: “Illuminati got my mind sole and body, secret society, trying to keep they eye on me.” (mostly because P made it a hot line, Jay made it a hot song — see D’Evils.)

Best Line: Canibus “I’m the illest nigga alive, watch me prove it, I’ll snatch your crown with your head still attached to it.”

Honorable Mention: LL Cool J “My young sons fantasize of borrowing flows, tell little shorty with the big mouth the bank is closed. The symbol on my arm is off limits to challengers, you holding rusty swords I swing the excalibur.”

See Also:  Cliff Hanger: The Fiscal Cliff Debacle & Where We Must Go From Here

(Editor’s Note: Do remember, that Canibus line, and LL’s response is what started the classic LL Cool J vs Canibus beef.)

Best Line: “24 Left until my death, so I’m gon’ waste a lot of lives, but I’ma cherish every breath.”

Honorable Mention: “If I had 24 hours to kick the bucket, fuck it, I probably eat some fried chicken and drink a Nantucket.”

(Editor’s Note: This song is on here solely for nostalgia’s sake. All of the verses pretty much suck. Kiss, had the closest thing to a dope verse, with that fried chicken/nantucket line being one of the top 5 most coonish lines in hip hop history.)

(Editor’s Note # 2: There’s no way possible that this song was the brainchild of anyone else besides Diddy. Can’t you just picture Diddy hyped in the studio like “Yo, let’s do a posse joint that about like, what you would do if you only had 24 hours to live. You know The Lox thought the idea sucked, but did it because Diddy was Solomon Northoping them dudes at that point.)

Best Line: 3 Stacks “Never has every member in one crew been so diverse, trying to outdo the last verse that is my curse.”

(Editor’s Note: What the hell ever happened to Cool Breeze?)

(Editor’s Note: #FactsOnly — The Luniz  are basically the West Coast ‘Camp-Lo’ and ‘5 On It’ was their ‘Luchini’).

Niggas is mad I get more butt than ash trays,
Fuck a fair one I get mines the fast way,
The ski mask way,
Uhh,
Ransom notes,
Far from handsome…but damn a nigga tote,
[What ya’ tote]
more guns than roses,
Foes is,
shaking in their boots,
Invisible bullies like The Gooch,
Disappear…vamoose…you’re wack to me,
Take them rhymes back to the factory,
I see,
The gimmicks…the wack lyrics,
The shit is depressing…pathetic…please forget it,
You’re mad cause my style you’re admiring,
Don’t be mad…UPS is hiring,
You shoulda been a cop…fuck hip-hop,
With that freestyle you’re bound to get shot,
Not from Houston but I rap-a-lot,
Pack the gat a lot,
The flav’s bout to drop uhh,

Best Line: Uh! Uh! Uh! All over the track man Uh! Pardon me, uh! As I come back As I did it yo I heard you beg your pardon When I travel through the town I roll with the squadron RRRRRROAW RRRRRRROAW like a dungeon dragon!