Home Featured 5 Things I Love About Being Married – From a Man
Featured
Marriage
November 22, 2013 SBM 34

5 Things I Love About Being Married – From a Man 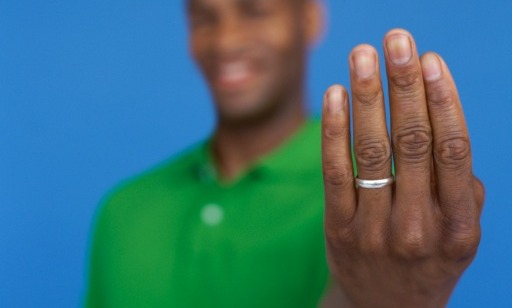 Ask a woman about being married, the response will be the same 90% of the time. “It’s wonderful” or “My Husband is my best friend” or even “I hate that cheating lying sumb*tch … but it’s better than being single”.  For the most part, it’s understood that married women love being married. Ask a man about it, and who knows what you’ll hear. Could be a simple as “it’s cool”. Maybe he is one of those “I’m married, but I wouldn’t tell anyone else to do it” type of guys who starts thinking about being single again. Or maybe he might actually have something good to say. I’m the last one … I’ve been married for over a year now and while it’s still close to the honeymoon phase, I’ve seen the ugly side of things (sleepwear turns into whateverthefudgeifeellike attire quickly) and feel it’s my duty to share.

5. Dual Incomes I was already in a good place with my career and finances, but multiply it by 2. I mean, SBM loves money … and looking at the bank account makes me a lot happier now. And that’s all I have to say about that.

4. Not Sleeping Alone I know a lot of men aren’t going to feel me on this one, but I don’t like sleeping by myself. My bed has been a full or bigger since undergrad and as a fetal position sleeper (don’t judge) I just don’t need all that space. Plus, sometimes rubbing on a breast helps me sleep. It’s nice to always have that titty just a foot away.

3. Someone To Talk To … Always This is a double edged sword, but I’ll leave the other edge for another post. I will say, that I’ve come home pissed off at the world more than once and I like that I can just start rambling on and on about it and she is bound (by God and the Law) to listen to it all. Even when my mind drifts and I start talking about throat punches, she’s always there to make me feel less insane.

2. Less Work … More Nice Sh* I remember what my house looked like when I was single. It wasn’t that bad … but it was bad. I had to clean, organize, decorate, do laundry, and an endless list of chores and errands. Now, I do half of that and my house is a lot nicer. Let’s face it, life is hard and time consuming and it’s nice to split the work.

1. It’s Easier to Cook Food than Hunt For It Being single is like being a lion in the Serengeti. There is a sea of delicious food to eat, with much variety in taste, color, and texture. Problem is, the food doesn’t always want to be eaten. Sometimes it needs a few drinks first, or dinner, or sometimes it rather be eaten by another lion. Sometimes it will come over to be eaten, chill, watch your tv, eat your food, and then change it’s mind and go home. Then, after you are told you can eat, you might still have to cook it and get it ready. Being married is like having a fridge full of your favorite food, but uncooked. Sure, you have to get it ready to be eaten, but you don’t have to go out and find it and bring it home first. They say variety is the spice of life … f* that. I like ribs!

I don’t have kids, yet. All this might change once our nice little life is ruined by SBM Jr. (who will be a hell-raiser like his Daddy). But, until that day I will continue to answer the question “how’s the married life” with “Great!”. – SBM aka MBM aka Bought To Cook Some Ribs