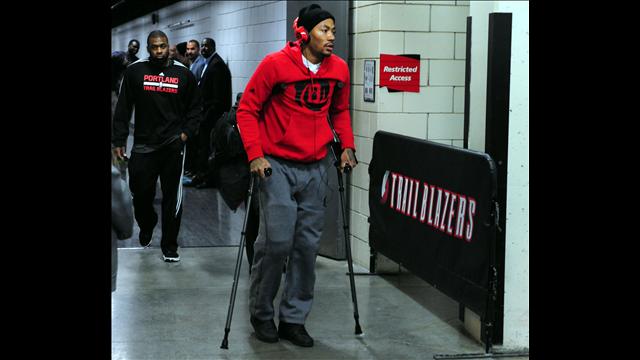 There is a lot going on in sports right now. But every once in a while, something happens in the sports world that stops you dead in your tracks. These things are bigger than a game.

No more scrolling on Twitter. No more conversations with loved ones. No more laughs with friends. Some things make you stop and reevaluate everything.

This happened to me late last week.

Tracy McGrady wore this suit on national television, and I had to put my phone down and stare into the distance like I was posing for the cover of my R&B album. 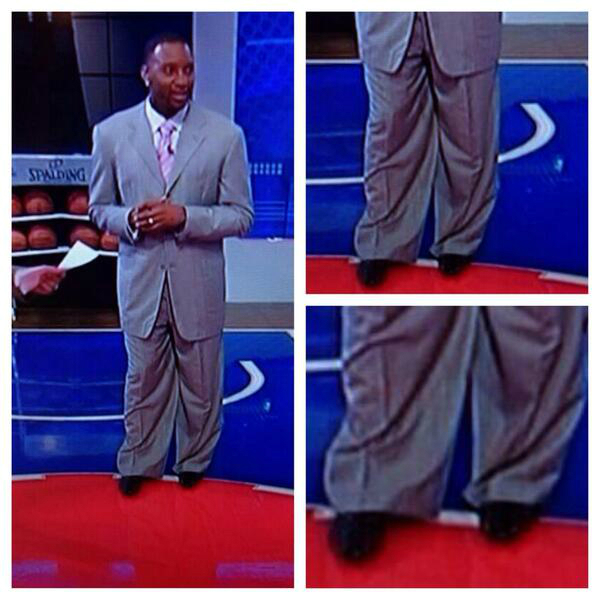 Dudes buried in Choppa Suits are rolling in their graves.

This should keep TMac out of the Hall of Fame.

I mean, even 2 Chainz (aka Young Tetris) wouldn’t wear that.

Even worse, he’s been this way for years. 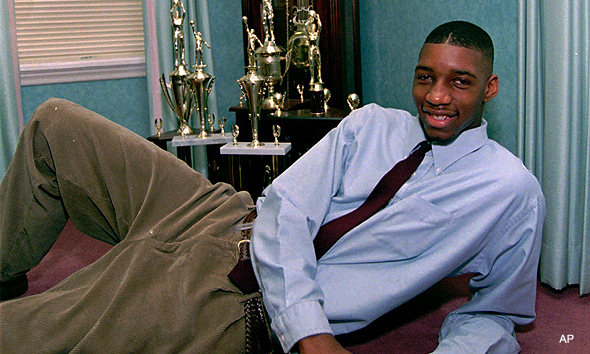 ANYWAY, once I pulled myself together, I started thinking about the other atrocities in sports that happened recently. Of course, nothing will compare to that suit. But here’s what I’ve seen:

No jabs here. This is just sad. Rose suffered a torn meniscus over the weekend, and underwent season ending surgery yesterday.

As a Chicago transplant, I experienced the devastation firsthand. Rose’s injury occurred on the eve of the first real snow of the winter; which had sports fans across the city walking around like they smelled a silent (but deadly) fart…all day.

Of course it doesn’t help that the Bears are extra mediocre and the Cubs (still) suck. The Blackhawks are good, but nobody really cares about that until the playoffs.

Rose going down was a gut punch for Bulls fans who had just had their hope restored.

For Chicago sports fans, the suddenness of Rose’s knee injury had the sharp pain of a band aid being ripped off. New York sports have been a slow simmering dumpster fire for several weeks.

The only team in the NYC area above .500 are the Rangers at 12-11. Let’s sprint through the rest of the teams to detail the Misery of Manhattan: 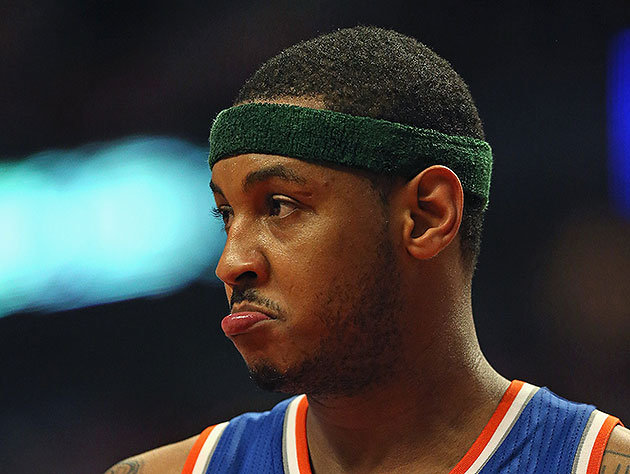 The Giants were dead, came to life like a Walking Dead zombie, then had their head bashed in by the Governor Cowboys of all teams. Turns out they still stink, and the four-game win streak they rode into Sunday was indeed a mirage.

The Jets are who we thought they were. Fun couple of weeks though.

The things everyone feared for the Knicks last season has hit the team like a tidal wave this season. Carmelo Anthony has to do all the heavy lifting. PLUS, JR Smiff is shooting 32%. AND, Tyson Chandler is hurt. AND, Amar’e Stoudamire is just about done. AND, the supporting cast hasn’t hit enough threes to make up for the team’s defensive shortcomings. Tough times in MSG.

See Also:  On NBA Free Agency and a Plea to Your Common Sense

The Nets are a trainwreck. Everyone who thought they had championship aspirations seems like an idiot today (to be fair, it wasn’t just us). The splashy acquisition of the entire Celtics roster hasn’t panned out, and Deron Williams (though hurt) hasn’t been up to the challenge of leading this team – averaging just 9.3 points per game(!!) before going down with a foot injury. Jason Kidd seems in over his head, and he better figure it out soon.

To top it off, the Yankees signed the least likeable player in baseball for four years, and Alex Rodriguez is making an ass of himself.

The Mets get half a bar.

Overall, it’s tough to be excited about much going on in sports at the moment. If this keeps up, I may have to start watching Scandal.

Please, hit the comments and tell me what you’re excited about in the sports world. Or pile on NYC sports fans. Do you think Derrick Rose is headed to a TMac-style career? Actually, now I’m upset all over again at having mentioned TMac.